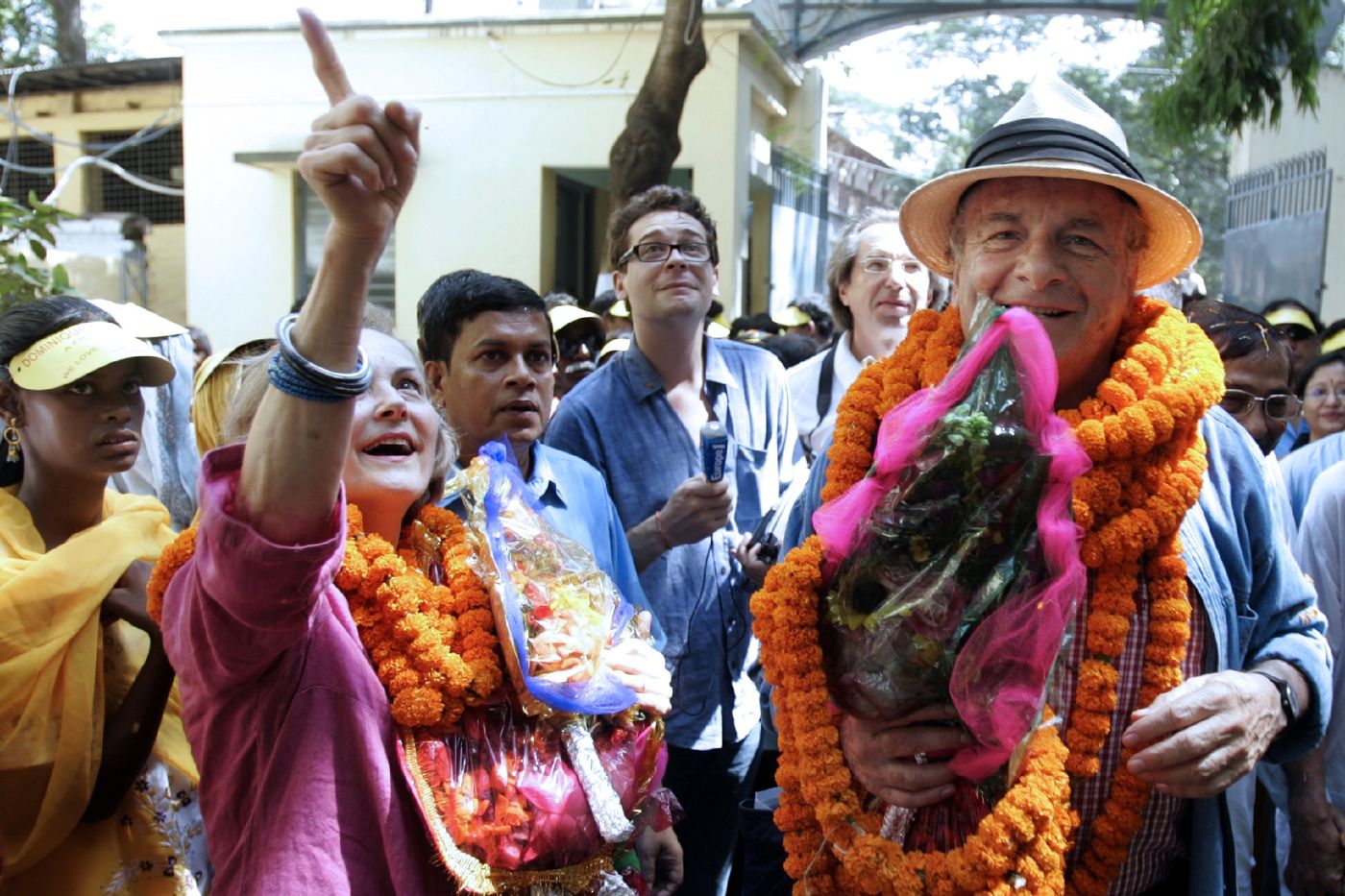 Died Sunday, December 4, Dominique Lapierre, who made India his second homeland, was as much a philanthropist as a successful writer who sold, with his “feather brother” American Larry Collins, some 50 million copies of their six novels, including Is Paris burning?.

“It’s not enough to be a best-selling author, you have to fight against these injustices that you denounce in your books”, said this former journalist, an energetic adventurer who loves the good life. His widow announced to the regional daily Var-Morning“his death of old age” at the age of 91.

It is thus that after having written, alone, The city of joy (1985), about a slum in Calcutta, he gave a good part of his royalties to those who had inspired him. The sum was plump: the novel sold a total of 12 million copies and was the subject of a film, directed by Roland Joffé, in 1992.

In 2005, he ensured that, thanks to his royalties, donations from readers and earnings from lectures given all over the world, his humanitarian action “had made it possible to cure 1 million tuberculosis patients in twenty-four years, treat 9,000 leprosy children, build 540 drinking water wells and equip four hospital ships on the Ganges delta”.

In the Indian state of West Bengal, he was “raised to the rank of idol”as shown by a striking report by Paris Match in 2012 when it was looking for new funding for its humanitarian centers to compensate for the drop in donations, due to the European and American financial crisis.

When he was not traveling, he occupied a house in Ramatuelle (Var), separated from that of Collins, who died in 2005, by a tennis court, acquired with the copyright of Is Paris burning? (1964, 20 million readers, 30 international editions).

René Clément made a film of this story of the Liberation of Paris, on August 25, 1944, with a host of stars. Americans Francis Ford Coppola and Gore Vidal co-wrote the screenplay.

Dominique Lapierre was born on July 30, 1931 in Châtelaillon, in the west of France, to a diplomat father and a journalist mother. High school student at Condorcet, in Paris, he became a journalist at the beginning of the 1950s. Paris Matchtraveling through the hotspots of the planet.

After Is Paris burning?he continued his fruitful collaboration with Collins: where you will mourn me (1968, on the bullfighter El Cordobes), O Jerusalem (1972), Tonight freedom (1975, on Indian independence), The Fifth Horseman (1980, fiction around an atomic bomb) and the thriller Is New York Burning? (2004).

The two men complemented each other admirably. Lapierre investigated the French secret services and Collins the CIA. Then the first wrote in French and the second in English and each translated the other.

The finished book, Lapierre, the extrovert, who did not hesitate to introduce lyricism into its pages, went to promote it in the French-speaking and Spanish-speaking world. More discreet, sticking more to raw facts, Collins (who died in 2005) was going to praise the merits among the Anglo-Saxons.

In the early 1980s, after the publication of Tonight freedom, he arrives with his wife at Mother Teresa’s, in Calcutta. He begins by giving her the equivalent of €50,000, saying: “It’s a drop in the ocean of needs”. The nun (who died in 1997 and was declared a Saint by Pope Francis in 2016) replied: “Without them, the ocean would not be the ocean. »

He then gave several million dollars to programs to fight leprosy, cholera or tuberculosis, for the construction of housing or the distribution of microcredits.

Among other initiatives, Dominique Lapierre, who spoke fluent Bengali, had opened several schools in the region. Part of their funding came from the auction (2006, €825,000) of a dress worn by actress Audrey Hepburn, in the film Diamonds on couch (1961). He had received it as a gift from the couturier Hubert de Givenchy.