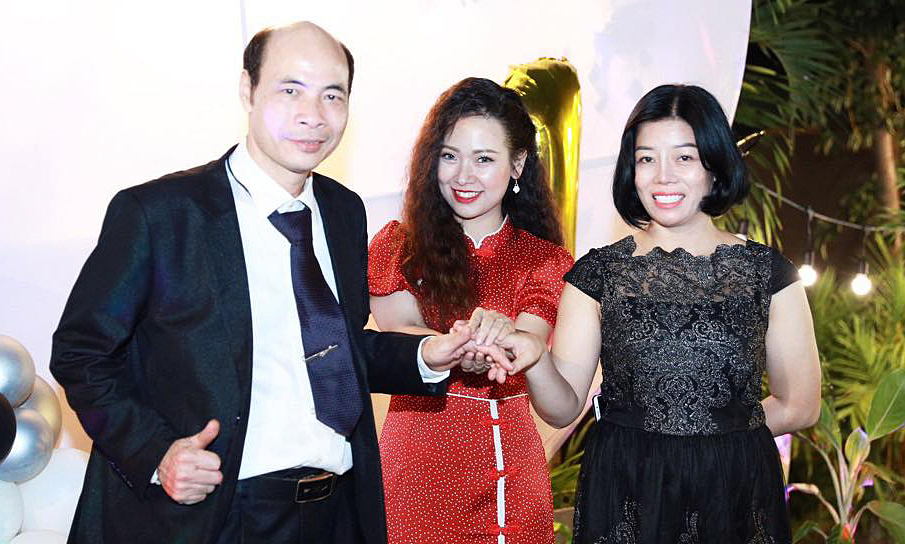 Five years after her husband’s death, 47-year-old Hong decided to post a news about finding a soul mate and join a dating club.

A few days later, she received acquaintance letters from eight men, aged between 35 and 68. Trying to talk to three of them, she found that they were all polite and serious. “But to know if you can make friends or go further, it takes time,” said Ms. Le Thu Hong, a resident of Phuc Tho district.

She had a bad experience about love through introduction, so this time she decided to find happiness by herself. “The previous ones came as ‘hitching guests’, so I didn’t open my heart,” she said.

According to the 2019 Population and Housing Census, Vietnam has about 31 million people between the ages of 35 and 59. With the trend of increasing Vietnamese life expectancy, late marriage and increasing divorce age In the late afternoon, the number of single people in this age group becomes large.

The need to find love, a life partner of middle-aged people is an ongoing reality. Ms. Hong is an example. On Facebook, there are dozens of groups created for people in this group to exchange and find friends. Contrary to young people, middle-aged Vietnamese people have difficulty finding love through dating websites or apps.

“I ran away because the first time I encountered people who talked vulgarly. I just met a few days ago and asked to meet and dishonestly my marital status,” said Ms. Nhu Phuong, 60 years old, from Thuong Tin, Hanoi. tells about a curious click on the heart icon (dating function) on Facebook.

Phuong has been divorced for seven years after ten years of separation. At first, she found the single life perfectly fine, until she retired to live with her husband and daughter. “Every child has their own business, and I suddenly feel more alone than ever,” she confided. But after realizing that online dating was unhealthy, she gave up on finding soul mates online.

Vu Nguyet Anh, who has 10 years of experience in matchmaking, said that most middle-aged people do not have access to dating apps, while clubs for this age group are few. “In previous years, many aunts and uncles asked me to open the service, so I had to beg,” Anh said.

The scarcity of matchmaking channels for middle-aged people led director Hoang Le Na (Hanoi) to come up with the idea of ​​​​making a video “Daughter looking for a husband for her mother” posted online, in 2017. Her mother divorced 15 years , there to build an economy and raise two children. When the two sisters Le Na were married, they felt sorry for their mother, who was alone.

Le Na’s video appeared all over the newspapers. From Australia, a Vietnamese-born garage owner read the above article VnExpress, tried to contact, from here opened the beautiful love story of two people who had failed marriages. They have returned to the same house after their romantic beachside wedding, fall 2019.

Le Na did not expect that after successfully finding a husband for her mother, her personal page was followed by hundreds of middle-aged people. Many people are single thanks to her charm. “Listening to the aunts and uncles, I understand that they, like my mother, have the desire to find happiness, but face many barriers. With my ability, I can help,” she said.

Club Middle age happiness, created by Le Na in collaboration with Nguyet Anh at the end of 2019. Those who want to participate must pay a fee of 550,000 VND per year. Other operating expenses are paid by Na and Anh. The entry club requires identification and confirmation of singleness, currently has more than 200 participants. To date, they have helped nearly a dozen couples fall in love, a married couple and a soon-to-be-married couple.

Mr. Tran Dong, 54, from Thanh Hoa was widowed a few years ago, joining the club from the very beginning. The family only has two father and son, the son is busy with work in the bank, so he is the only one to manage the grocery store and the house.

After getting to know the three of them, he was able to make a match with Ms. Tran Hoa, 42 years old from the same hometown, working in Hanoi, never married. “The first time I talked to her, I graded her,” he said.

A solid economic foundation, not drinking or smoking himself, only focusing on business are the plus points of this widower. “Before accepting my request, she investigated my relatives and neighbors very carefully,” said Mr. Dong. After a year and a half of getting to know each other and falling in love, he “received her to the palace” right before the fourth outbreak of the epidemic.

Matchmaker Le Na revealed one of the reasons for the couple’s success, that is, “Uncle Dong has only had one child, so he wants to have another sister, but Miss Hoa is not married yet, so I think they have a future”.

Matching middle-aged people, especially those who have broken marriages, is more complicated than many young people. “They raise and lower because of loss of faith. Moreover, at this age they also have a lot of constraints,” Vu Nguyet Anh said.

In a club photo, Ms. Nhu Phuong wears a soft floral dress, her hair is long, and behind is a man chasing passionately. The couple in their 60s is as young as their twenties. But when asked to go further, Ms. Phuong said: “I will only love, not marry”.

The two met while living in the same club. They played table tennis together, danced, and gradually fell in love. However, Mrs. Phuong many times advised him to find another woman to stay by his side to take care of him. “For me, it’s impossible for us to get back together,” she said.

She confided that at the age of 60, she was very afraid to be a wife, a bride, to talk to the village or to celebrate Tet. In addition, there are economic concerns and the health status of old age. “In the club, a lot of women think like me. Even the man has a stable economy, we are still very afraid of marriage, because it may cause conflicts with our children. them,” said Phuong.

With Thu Hong, after posting to find friends on the dating section, she continued to pay a small fee to participate in activities in a group of people of the same age. Currently, she is economically independent, her two sons have stable jobs and have also become a grandmother. In the immediate future, she intends to find a soul mate without allowance or status. Just “that person empathizes and shares all the joys and sorrows” because she thinks that once the reciprocity has been determined, it must be bonded and bonded with affection.

The children and her husband’s family encouraged her to find happiness for herself, but also advised “not to remarry”. But she thinks otherwise. “At an age that is neither young nor too old, if I find the right person, I can go further. Anyway, I’m not as good at taking care of my father as my grandmother taking care of him,” she said.

* Names of some characters have been changed.