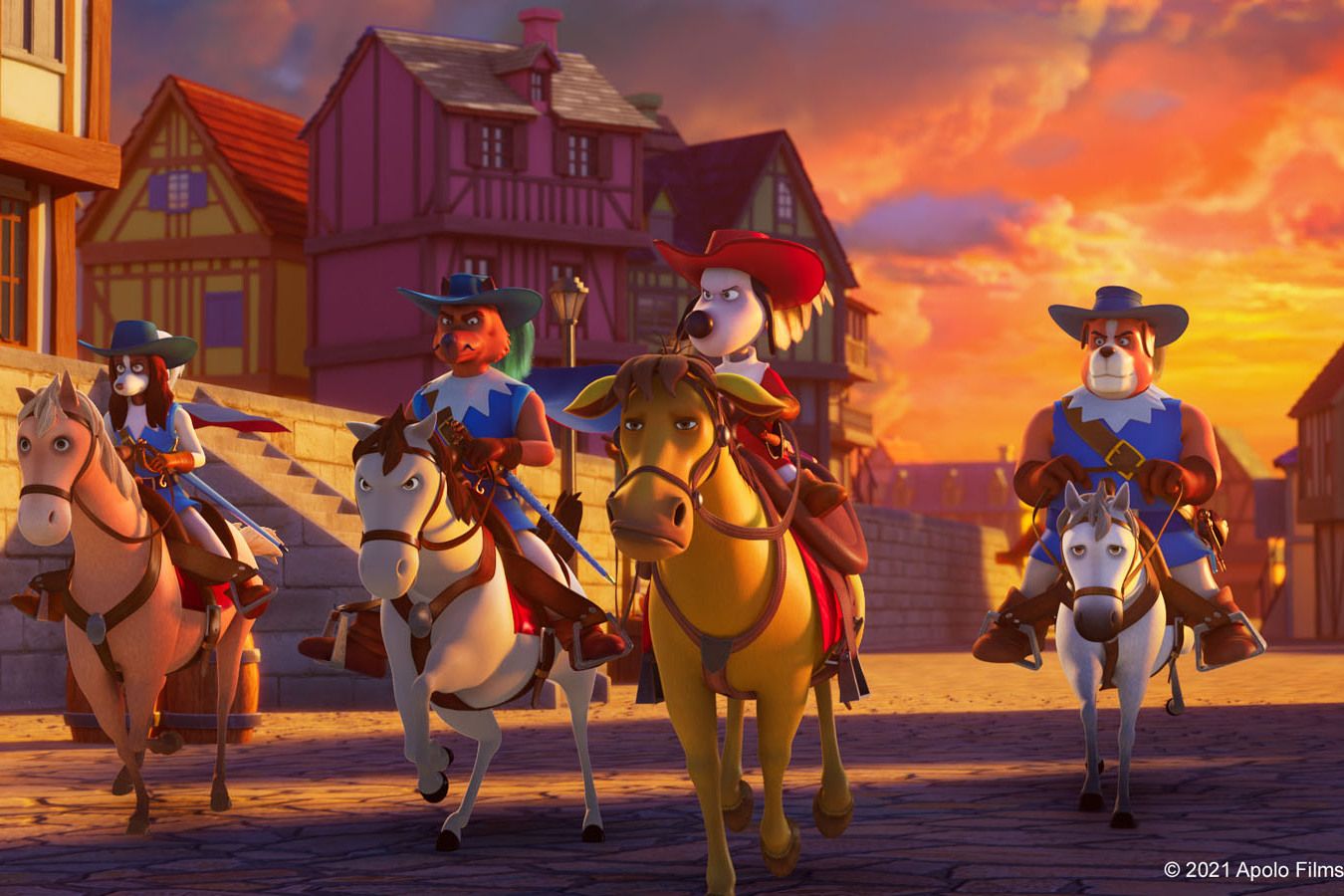 D’Artagnan and the Three Musketeers *

“ We can violate history as long as we give it beautiful children », Retorted Alexandre Dumas to those who accused him of twisting the historical facts to better plot his intrigues. The Spanish producers of this umpteenth adaptation of Three Musketeers must have said to themselves that they could do the same with Dumas father’s most famous work. Very badly took them because this animated film populated by anthropomorphic animals is only the disembodied skeleton of the flamboyant origin story …

All the stages of the story are nevertheless there: the shattering arrival in Paris of a young Gascon as impetuous as he is impecunious, determined to join the King’s Musketeers, his virile friendship with Porthos, Athos and Aramis, his romance with Constance, and his quest across the Channel to save the Queen and peace with England. Without forgetting the duels with the agents of Cardinal Richelieu, starting with the Comte de Rochefort and Milady de Winter.

Everything is linked in a mechanical way, without going or fancy. Only charms of this animated film in unsightly synthetic images, some pretty cartoon sequences evoke the daydreams of an d’Artagnan transfixed with love for Constance. A nod to the friendly Hispano-Japanese series that delighted children’s snacks in the 1980s, of which this film is a pale variation in feature film.

The animation is as stiff as virtue and the staging does not have the panache that would compensate for this handicap (budget, no doubt). However, a swashbuckling film requires a minimum of formal dynamism, unless it makes the duels as exciting as a fight between Playmobil armed with toothpicks.