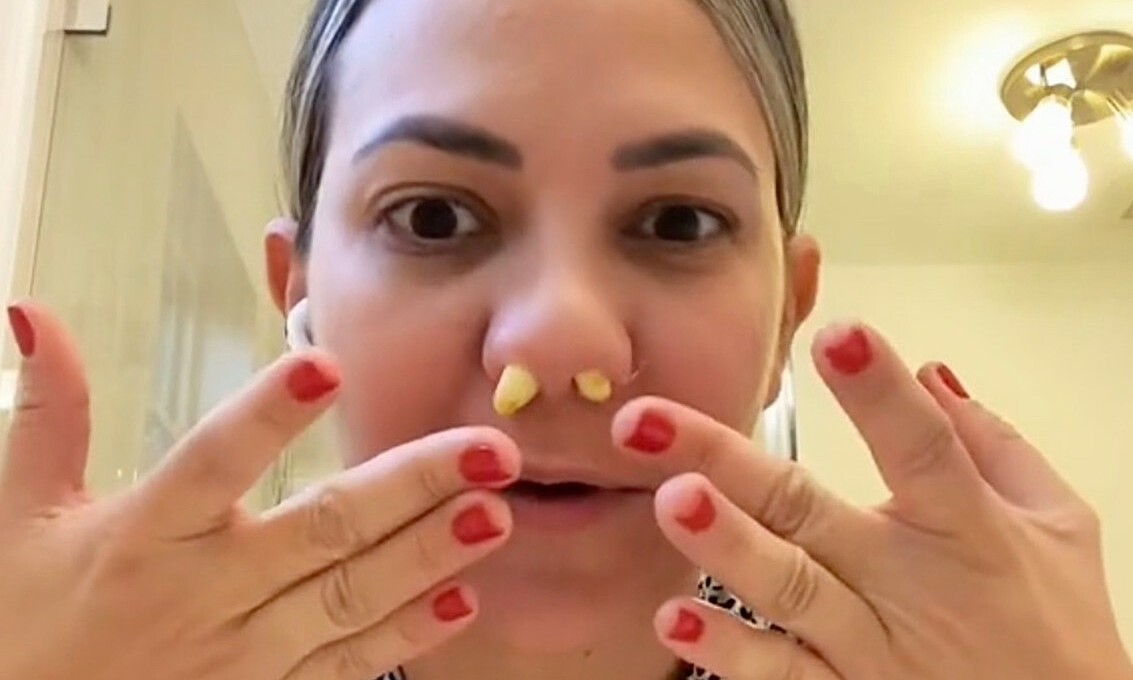 Net users simultaneously shared tips to insert garlic cloves into the nose for 10-15 minutes to cure sinusitis, nasal congestion, but in reality it is not.

The “Garlic in nose” trend originated in the West around July 2020, but recently it has received a strong response on the social network TikTok.

A series of TikTokers continuously share videos on how to use two fresh garlic cloves, peeled, cut off the head, inserted into the nose, removed after 10-15 minutes, causing the mucus in the nose to rush out. This makes many people mistakenly think that this is a way to relieve sinus swelling and stuffy nose.

A search for the hashtag #GarlicInNose on the platform results in more than 94.9 million videos.

A new female doctor specializing in the treatment of nasal diseases also posted a video and said that stuffing garlic into the nose is very effective, “this tip is not dangerous but also clears the sinuses”. The video quickly attracted more than 21.5 million views.

“But this is not an effective way to treat sinusitis. On the contrary, it aggravates the condition and damages the nasal cavity,” said Associate Professor Erich Voigt, working at NYU’s Department of Otolaryngology, Nose and Throat. Langone Health (New York) said.

Associate professor analyzed, stuffing fresh garlic into the nose causes the body to quickly produce mucus to push the garlic cloves and the chemical components in garlic out. These new mucus will remain in the nose with clumps of sputum, unable to escape because the nose is blocked.

“To put it simply, the amount of mucus that comes out when you pull out two cloves of garlic, you see in the videos is just the amount of substance produced by the body’s reaction. Not the mucus caused by bacteria or a pre-existing virus.” , Mr. Erich said. Not to mention, stuffing garlic into the nose is easy to cause skin irritation, burning, bleeding, burning of the oral cavity and severe sinus infection.

“Garlic also contains chemicals, which are easy to cause allergic reactions, skin inflammation, mucosal irritation due to mucous membranes. Notably, a piece of garlic if stuck in the nasal cavity for too long is at risk of infection. severe, requiring surgery,” he explained.

To clear the nose and prevent sinusitis, Dr. Erich recommends that patients should blow their nose with physiological saline to push mucus out, less damage to the nose. Particularly for those struggling with nasal congestion and loss of smell due to Covid-19, he recommends essential oils and perfumes with the scent of orange, lemon, coffee grounds or lavender to restore the sense of smell. “But certainly not garlic,” emphasized the associate professor.

Minh Phuong (According to Nypost)