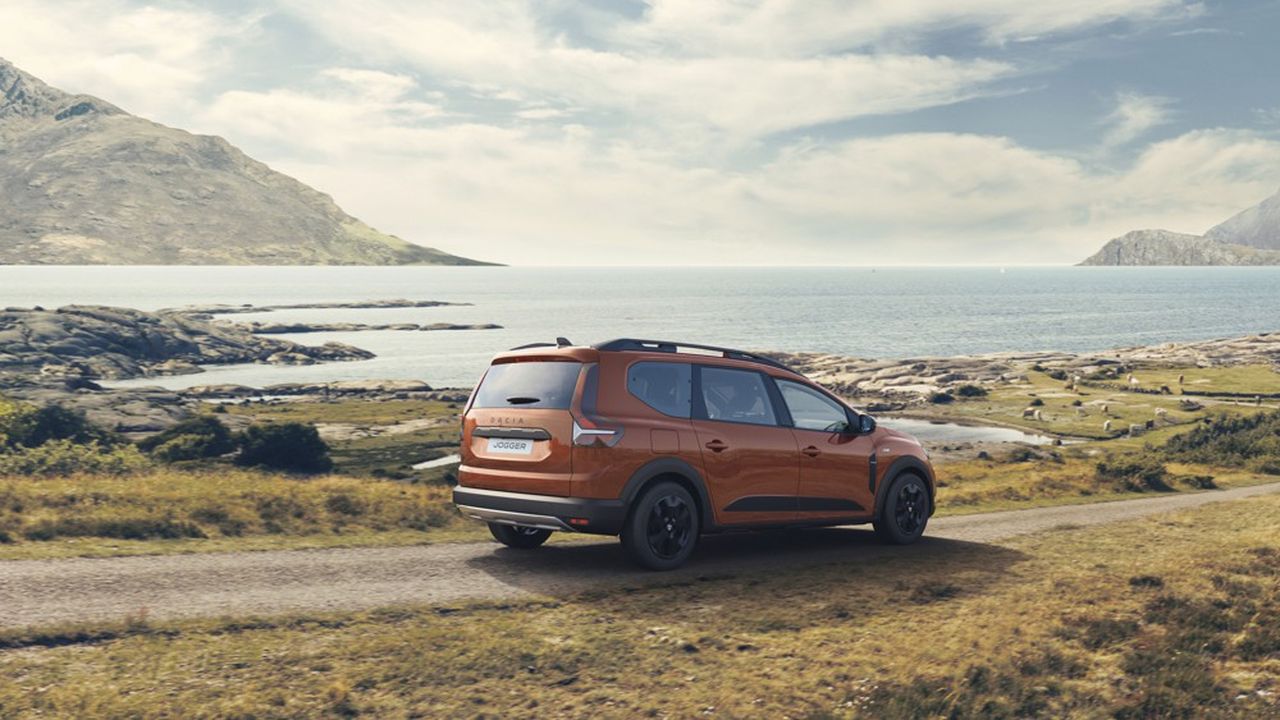 Dacia will appear at the Munich motor show, which will open its doors on Tuesday, September 7, with good morale. Driven by the renewal of almost all of its range, the Renault group brand has recently achieved very good commercial results.

In July, it even occupied pole position for sales in Europe for the first time, ahead of the Volkswagen, Peugeot and Renault brands, with 20,446 registrations over one month of the new Sandero. And to maintain this momentum, it is counting on the Jogger, which will make its first public appearance in Germany, before arriving at dealerships in February 2022.

Available in 5 or 7 seater version, this new model targets families. It will take on this niche the succession of the Logan station wagon, the Dokker and the Lodgy minivan, three models whose production has been stopped, or is about to be. By thus tightening its catalog, Dacia is implementing the strategy desired by Luca de Meo, the boss of Renault, who wants to reduce the diversity of silhouettes in the group to restore its profitability.

With a name which has its eye on outdoor sports, the Jogger is “cut for escape” as well as for group outings, assures the brand. In the 7-seater version, this boasts the same level of comfort for the two back passengers (who have an individual seat) as for those in front, thanks to a knee room of 12.7 centimeters in row three.

When the vehicle is full of passengers, the trunk sees its capacity limited to 160 liters and will hardly accommodate more than 2-3 backpacks. But the third row of seats can be folded down or even removed altogether, while those in the second row can be folded up like wallets and glued to the front seats, which then frees up more than 1,800 liters.

To transport bulky packages, the modular roof bars can take over: thanks to a patented system, they pass into a lateral position to serve as a gallery “in less than a minute and a few keystrokes”, assures David Durand. , the design director.

Versatile, clever, the Jogger is also faithful to the Dacia identity through its more than affordable price. Without going into details, the brand announces prices “from around 15,000 euros, depending on the markets and countries. “

But if the roadmap remains to offer the essentials at the best price, the level of equipment is no longer as spartan as in the past. While remaining true to these roots, Dacia is positioning itself to win over new customers, who are ready to pay a little more for the level of comfort they want.

The list of options bears witness to this: heated front seats, reversing camera, blind spot detection, front and rear parking assistance, etc. For multimedia, the customer can opt for an 8-inch screen, rather than the basic system that s’ mainly relies on the possibilities of his smartphone.

The Jogger follows the current direction of the brand, which has just changed its logo and targets “new territories”, according to the roadmap drawn up by Luca de Meo. “Dacia remains Dacia,” repeats the company, with an offer that remains the cheapest on the market, but that the customer can recalibrate upwards, which improves margins. A sign of the times, this model will be the first to be the subject of a limited launch series.