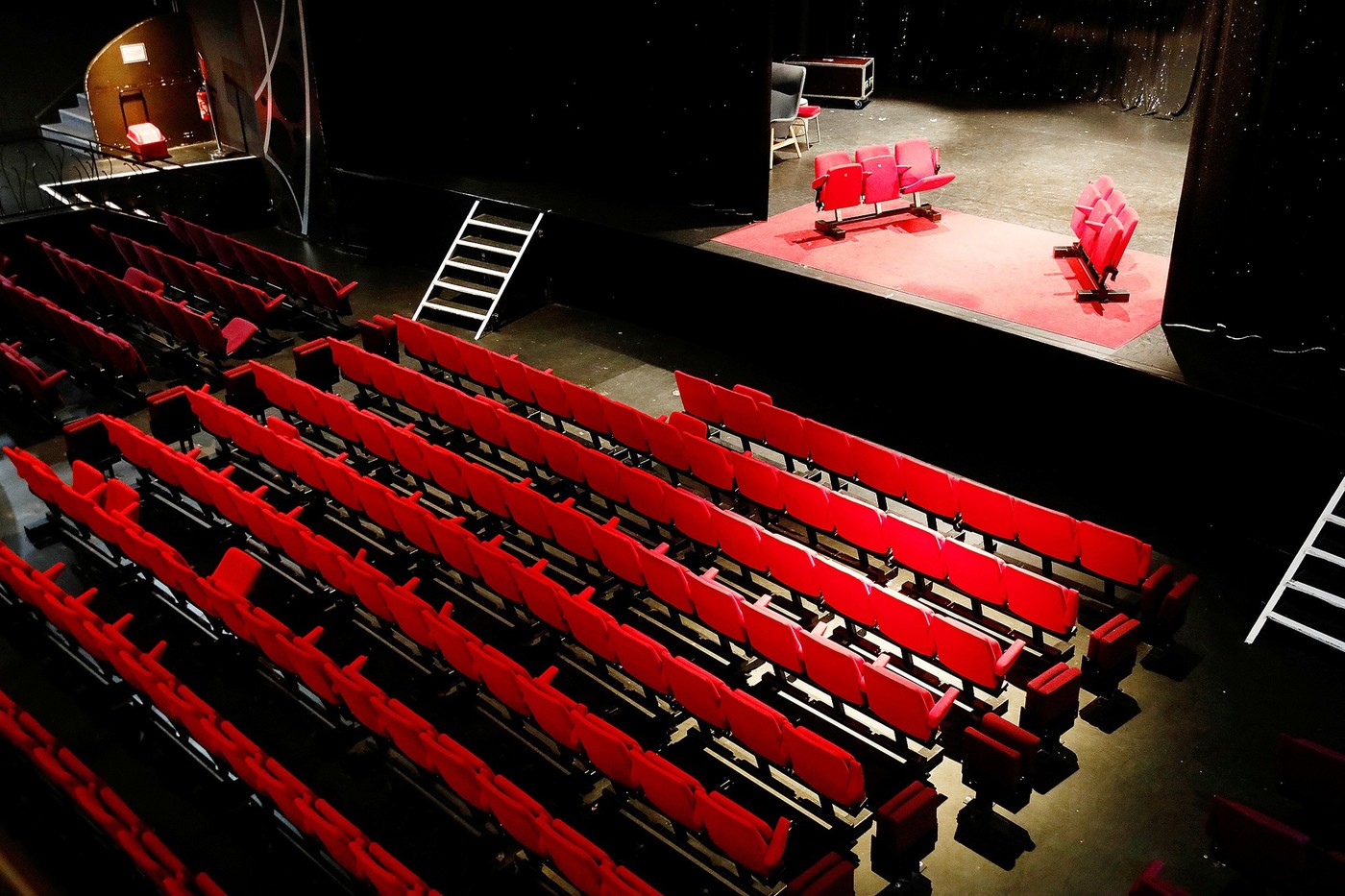 Stéphane Millière, the director of the production company Gédéon Programs, holds the helm in the storm. His documentaries on the Ark of the Covenant and the Vatican, soon scheduled on Arte, were shot before confinement. The film on The Last Hours of Pompeii, broadcast at the end of March on France 5, attracted 1.7 million viewers requiring residence and was sold worldwide.

His reconstruction images of the buried Roman city made it possible to design the immersive “Pompeii” exhibition which opened this summer at the Grand Palais. Closed, due to confinement, a few days before the scheduled date of November 2, she made “Full box”, at reduced gauge.

→ CRITICAL. Pompeii, a volcano of images

Gédéon’s documentaries, with an educational and scientific vocation, also stimulate the desire for discovery, usually creating tourist activity. “Our collection on Sainte-Chapelle, Mont-Saint-Michel, Chambord or Versailles generated increases in visitor flows of 5 to 10% in the weeks following their release”, notes Stéphane Millière.

With the recrudescence of the epidemic, the curfew in the scarlet areas since mid-October and now the confinement, the concern weighs heavily on some cultural players and the businesses, businesses, subcontractors … who depend on them. “We hope to resume shooting in the spring”, says Stéphane Millière, who employs 35 people and refuses to film masked scientists. “Beyond that, no one will be able to hold out”.

For the economist of culture Françoise Benhamou, “The health crisis is extremely violent for a sector which is nevertheless showing resilience and trying to adapt. But he has to anticipate projects and he has no visibility on the cultural offer that he will be able to hold between now and this summer. Hence the great concern of professionals. “

At the end of the first confinement, the Ministry of Culture already estimated losses in the sector at 22 billion euros, or nearly a quarter of the 97 billion in turnover (for 47 billion in added value) achieved in 2018 .

Cultural actors have benefited from emergency measures worth nearly 1 billion euros, and other aid could be released to deal with the new confinement … The sector also obtained a “blank year” to extend the rights of intermittent entertainment workers, a 4.8% increase in the budget of their ministry in 2021, as well as 2% of the 100 billion in the recovery plan.

→ EXPLANATION. Recovery plan: where will the two billion for culture go?

Will these two billion stimulus be enough? “It’s a lot of money, but it’s much lower than what this sector represents economically, which is one of the most affected by the health crisis”, notes Françoise Benhamou. Beyond its direct economic weight, twice as large as the automotive industry sector, culture energizes the regions. The firm EY (Ernst & Young) estimates that 1.3 million people derive direct or indirect income from the cultural and creative industries. Moreover, jobs that cannot be relocated.

The other singularity of the sector is “Its capacity to go beyond itself, to be a factor at the same time of education, of living together, of quality of life, of international attractiveness”, emphasizes Françoise Benhamou.

“There was no economic sense in reopening refurbished rooms, and without a first part, from September”, corroborates Aurélie Hannedouche, general delegate of the Union of contemporary music (SMA). “We did it because we are convinced, as a cultural actor, to have a social and societal role to play to get people out of this gloomy environment, but also because the government encouraged us to do so through a compensation mechanism for losses in rooms with reduced gauge. “

At the same time, the Minister of Culture Roselyne Bachelot recalled in early October that“No performance hall had to date been the source of an epidemic outbreak”. So much so that the curfew had been greeted as a “Deep injustice”, in the words of Bernard Thamin, director of the Théâtre Montparnasse and president of the Syndicat du théâtre privé. “We have been exemplary in the application of health instructions, we have managed to regain the public’s confidence and we will not be able to continue, it is regrettable, adds Bertrand Thamin. I have the weakness to think that culture, if it is not essential, is at least fundamental. “

“We are back in the same situation as in March but it will be even more complicated because the companies are at the end of their rope. The sector is affected in the long term, and we are no longer in a logic of recovery. I repeat, the President said in his speech on October 28 that economic activity must not collapse. But our sector will collapse if the aid is not up to par ”, pleads, for its part, Audrey Ellouk, general delegate of the Federation of the companies of the performing arts, music, audio-visual and cinema (Fesac).

→ MAINTENANCE. Reconfinement: “We need more support from the State for performing arts”

What will be the cultural landscape at the end of this crisis? The CGT Spectacle fears that “Creators leave” and regret it “Lack of resources and reflection on their retraining”. Economist Françoise Benhamou is also worried about the survival of cultural associations, which are “Essential work, on the border between the cultural and the social”. Everyone, actors or experts, wonder about the place that our society – and the public authorities – will give to a sector that does not feel superfluous, or even “Non-essential” to everyone’s life.