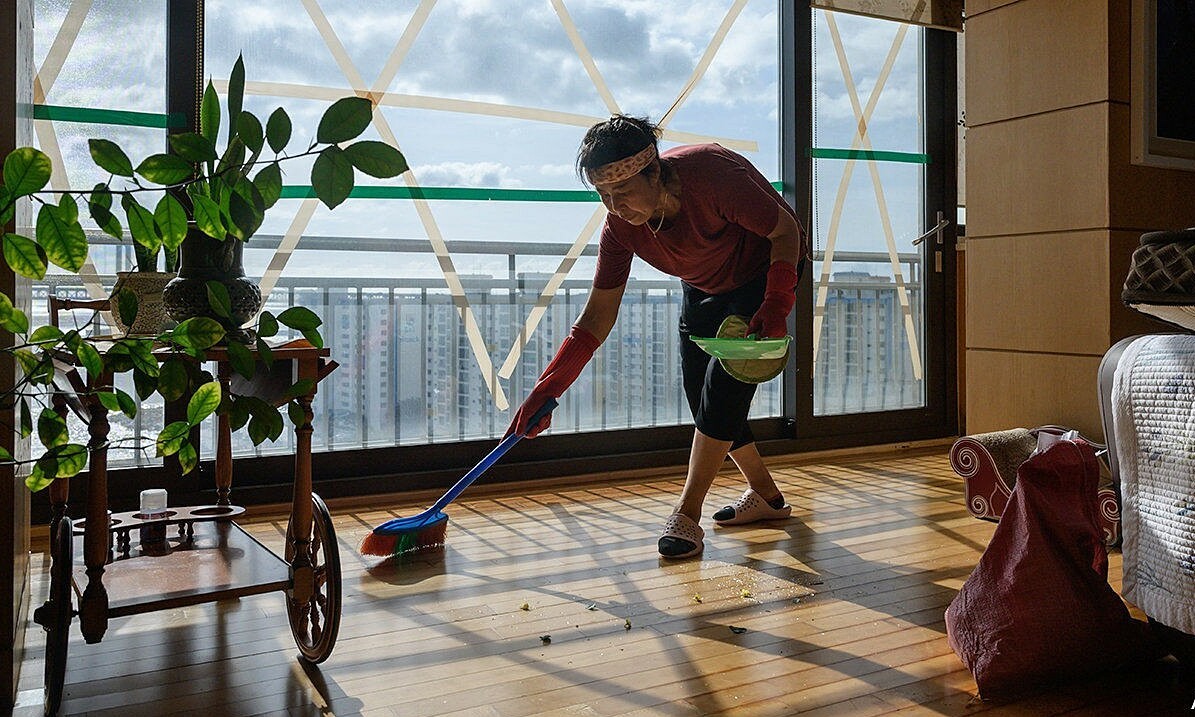 South KoreaConflict between families living in the apartment building because of noise is a worrying issue. In 2020, there were more than 42,000 lawsuits, an increase of 60.9% … for the reason “neighbors are too noisy”.

The rooftop barbecue party at the end of last year ended quickly with a quarrel between Mr. Alex Kim and his neighbor. The reason is that his daughter and her friends make a lot of noise.

“It was supposed to be an evening for everyone to relax on the rooftop when a neighbor who lived right below my house appeared, stopped us from talking and even called the landlord to complain,” said Kim. – A 46-year-old businessman, who lives in a small-storey mansion in central Seoul, recalls.

In the context of the epidemic, neighbors quarreled over “cheung-gan so-eum”, a Korean word used for noise between floors, increased as people stayed at home. According to a report released by the Korea Environment Council in January, the most common problem being sued is running and jumping on the floor (61%), followed by dragging things, nailing nails, shutting down. and play loud music.

Korea has about 50 million people and 60% of them live in high-rise apartment buildings or villas. However, it was only in 2005 that the country issued a law requiring buildings with a floor thickness of at least 21 cm for sound insulation. The previous buildings were only 13.5 cm thick.

On Korean social networks filled with complaints about “noise from upstairs”. One Twitter user said the noise from a neighbor’s house made him want to “scream at the ceiling”. Another said he was so angry with his neighbor that he drilled a hole in his wall to make a noise “retaliation” for the neighbor’s house. Another netizen complained about children living upstairs running and jumping or playing the piano early in the morning. “The children made a noise for more than an hour and I started playing loud music towards the ceiling,” he said.

Koreans are notorious for being sensitive to the noise from their neighbors’ homes. Some experts warn that continuous noise can lead to depression and insomnia, and some neighbors quarreling over noise has devastating consequences.

In 2016, a 33-year-old man in Hanam City, 21 kilometers from Seoul, stabbed an elderly couple living upstairs, killing his wife. Before that, he had complained about the noise coming from that house on weekends when there were family gatherings or the children visited. However, after he “complained”, the noise still did not decrease.

In 2017, a man living in the city of Pohang was arrested for deliberately strangling neighbors on both sides during a noise argument. Another resident of Gwangju City was arrested for destroying a neighbor’s car during an argument for the same reason.

Recently, in “kimchi country”, there has been a trend of retaliation against neighbors for noise. Some people even buy “specialized vehicles” such as subwoofers to bounce noise upstairs, torturing noisy neighbors. However, there are many neighbors who have retaliated too much.

A couple in the city of Incheon was sentenced to pay 29.6 million won (nearly 620 million VND) to a neighbor’s house upstairs for using many noise-making tools to “torture” these people.

Experts say the government should adopt more construction policies to prevent similar incidents. Only in the last decade, construction companies have started to pay more attention to soundproofing floors, such as replacing fragile wooden floors with 25 cm thick concrete panels or adding reducing materials. negative for the floor.

In 2012, the Korean Ministry of the Environment established a Center for Inter-floor Noise Management to receive and handle complaints about noise caused by neighbors. This center also comes to the site to advise and help people measure the noise level.

A center representative advised residents to talk with their neighbors about this issue. “The best way is that the two sides give in to each other. For example, the upper house agrees to wear slippers in the house and the lower floor agrees to watch and wait for the situation to improve within one to two months,” the representative said. .

Complaints are also handled by the apartment court security department.

Lee Soo-kyung, a 30-year-old housewife who currently lives in Seoul, said the security team in the building where she lives will openly remind the neighbors of the neighbors to make the noise so they will not continue to influence. to other families.

“Now we have to live in tension and every movement must be gentle. I find myself living like a mouse in my house,” Lee said.

“I have to keep reminding my son not to run and jump and just play on the carpet because I don’t want to be the next one to be” disliked, “she said.