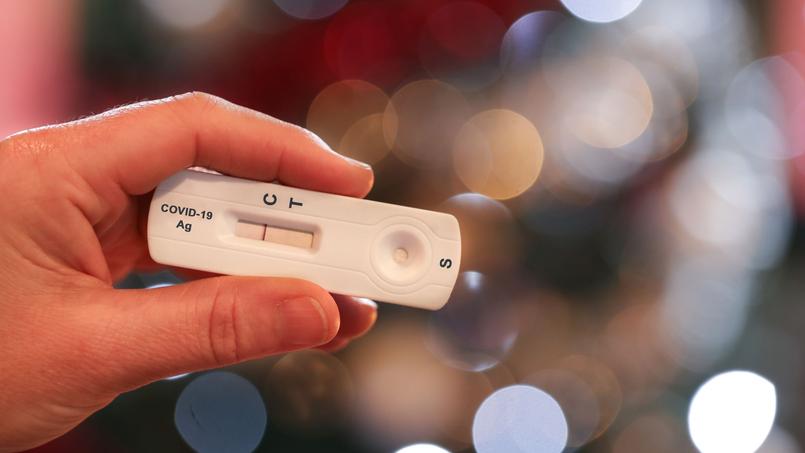 Despite the lifting of restrictions, herd immunity is sufficient to avoid a skid of infections.

A new peak has been reached in the Covid-19 epidemic. After reaching 140,000 contaminations per day at the start of the week, the incidence has started to decrease again for a few days. “It is quite positive, because this decrease is only linked to the level of population immunity, while the majority of restrictions have been lifted, explains Simon Cauchemez, head of modeling teams at the Institut Pasteur and member of the Scientific Council. This corresponds to the scenario that we had modeled at the beginning of March with a strong resumption of social interactions around March 14.

This new dynamic is not yet felt in the severe forms of the disease, since nearly 140 people were admitted on average to a critical care unit on Thursday, compared to around a hundred a week earlier. “We can hope that the dynamics of the serious forms will be reversed within ten or fifteen days”, reassures the epidemiologist. The end of winter and the school holidays which begin this weekend in zone B should consolidate this positive momentum. It is difficult, however, to know at what pace this decline will take place. “We still lack perspective on the decline in individual immunity, explains Simon Cauchemez. We know that over time protection tends to decrease, but we still need to consolidate our models to properly characterize it and estimate the effect on epidemic dynamics.

” READ ALSO – Covid-19, what you need to know this week: the long tail of the epidemic

Nearly 50 million people have received their two doses of the vaccine, and of these, 36 million have received a booster. At the same time, it is estimated that nearly 30 million people have been infected with the Omicron variant since its appearance at the end of last year. Herd immunity is therefore very high, including in the non-vaccinated. “Since the arrival of the Omicron variant, we have entered a new phase, explains Mylène Ogliastro, virologist and research director at Inrae Montpellier. Covid-19 is becoming endemic and we must learn to live with it. Little by little its level of virulence decreases, thanks to the immunity acquired by vaccines and past contaminations. We should be able to control it like we control other respiratory diseases.”

Several scenarios are thus conceivable for the coming months. As in 2020, the virus could almost disappear this summer and only return in the fall. But if personal protection decreases too quickly, it is also possible that the virus will return in successive waves. “Even if the protection linked to vaccines and primary infections decreases, this decrease should be gradual, assures Simon Cauchemez. Twenty million French people will not find themselves defenseless against the virus overnight. This progressiveness is important because it reduces the risk of having an overly explosive recovery.

This scenario would maintain pressure on healthcare systems, with a steady influx of patients into hospitals. But in return, “by circulating widely, the virus regularly stimulates our immune system”, notes Mylène Ogliastro. To guard against too strong a rebound and prepare for a possible vaccine recall campaign, it seems essential to maintain surveillance of the virus. It could be done “by conducting serological surveys to monitor antibody levels in the population”advises the researcher.

The last possible scenario would be caused by the appearance of a new variant. For the time being, vaccines have continued to fulfill their role in preventing severe forms regardless of the variants. It is also noted that in non-vaccinated populations, the Omicron variant remains dangerous. “The double immunity linked to vaccines and contaminations acquired throughout the past two years is quite broad, adds Mylene. New variants can still appear, but the main structure of the virus is now well identified. This should maintain protection against severe forms.”