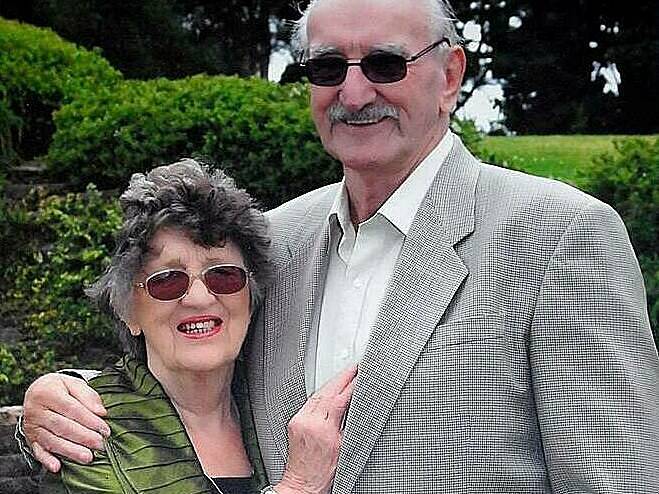 New ZealandAfter 66 years of marriage, Maureen Gallagher and Kevin Gallagher both breathed their last on October 12 at their own home because of old age and illness.

“Where are you going?” Were Maureen Hollis words to Kevin Gallagher when they first met more than 66 years ago. As time passed, the couple still kept this promise. Maureen died at 6 a.m. on October 12. 20 minutes later, Kevin also left.

“Sure, with dad, mom is everything,” said Craig Gallagher, the couple’s youngest son. “Dad doesn’t want to go ahead and leave Mom. Mom doesn’t say anything, but I think she’s thinking the same thing.”

Kevin Gallagher left home and lived on his own at the age of 14, working as a shepherd. Thanks to relatives, he met Maureen, who was then doing laundry in the hospital in Gisborne.

They got married at 22 years old. Later, Kevin moved to loading and unloading ships while Maureen mainly worked as housewife. “They coordinate very well. Dad goes out to make money, brings food home, and mom takes care of the family,” said Craig.

In 2000, Kevin and Maureen built a house to nurture old age together in the city of Tauranga. They carefully arranged bells, whistles and even a bathtub with a wheelchair walkway.

In 2015, Maureen was diagnosed with dementia. Earlier this year, Kevin also discovered lung disease, only a few months to live. After the 66th anniversary of their marriage on October 2, the couple’s health deteriorated, and they were no longer able to get up or get out of bed.

“How were your parents’ last words,” said Craig. “It’s bittersweet because I lost both my parents at the same time. But we wouldn’t want the story to end differently.”

On October 16, the old couple will be buried side by side in the local cemetery.