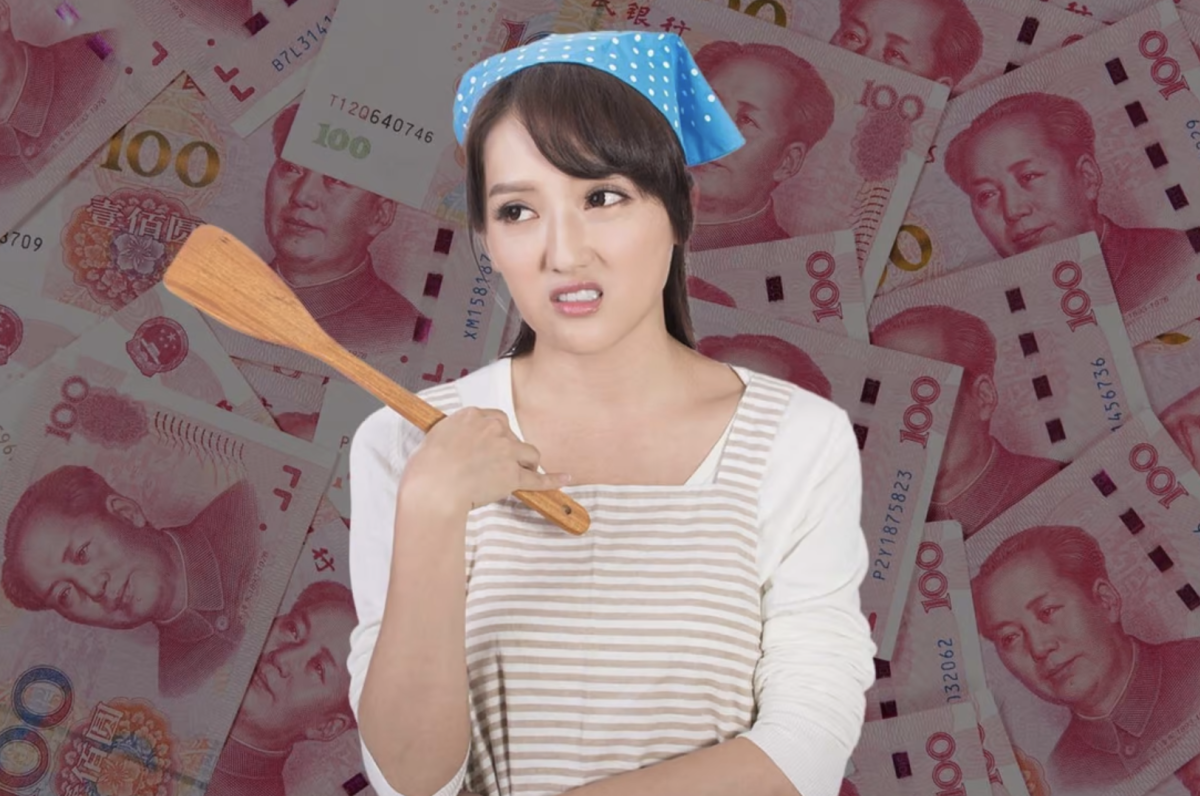 ChinaThe court ordered a husband to pay “homemaker” money for his wife after a divorce, but the compensation of 30,000 yuan for 7 years was considered too little.

On June 8, the court of Suzhou city, Jiangsu province ruled that the husband, surnamed Tang, must pay 30,000 yuan (104 million dong) to his wife Wang when she divorced because she was “a full-time wife and mother.” time during marriage”.

The two got married in 2015. During their time together, Ms. Wang stayed at home as a housewife and took care of her prematurely born son, while her husband went to work in an office.

After a few years, the two gradually lost their love. By 2020, the couple separated, Wang and his son moved out. She also started working part-time to earn extra living expenses.

Earlier this year, Wang filed for divorce and asked her husband to compensate her for the time she spent as a housewife and raising children. “Wang said that she did all the housework, including washing, cooking, taking care of the children and buying and selling. But her husband did not respect and acknowledge Wang’s contribution to the family. She demanded compensation.” , said the local court clerk.

The story was widely shared on social media and generated controversy. Many people think that the amount of compensation is too small compared to the amount of housework the woman has to do.

Some social media users commented: “The housewife’s salary is too cheap. That amount is not enough to hire a nanny”; “Being a wife is much harder than being a nanny. It’s not surprising that many women are increasingly afraid of getting married and having children”; “I’m afraid of feeling lonely and isolated when I cut off connections with the outside. I don’t encourage my daughter to do the same”…

Nowadays, the value of housework in division of labor, especially in family relations, is gradually being enhanced. The Civil Code of 2021 stipulates that a spouse who undertakes a lot of housework, takes care of children and takes care of the elderly has the right to claim compensation from the other half upon divorce.

Earlier this year, a court in Beijing issued a ruling ordering a woman to pay about 10,000 yuan in compensation to her ex-husband who let him raise their children for four years. Or in 2020, a husband also pays 50,000 yuan to his ex-wife, who has to take care of the housework for 5 years.