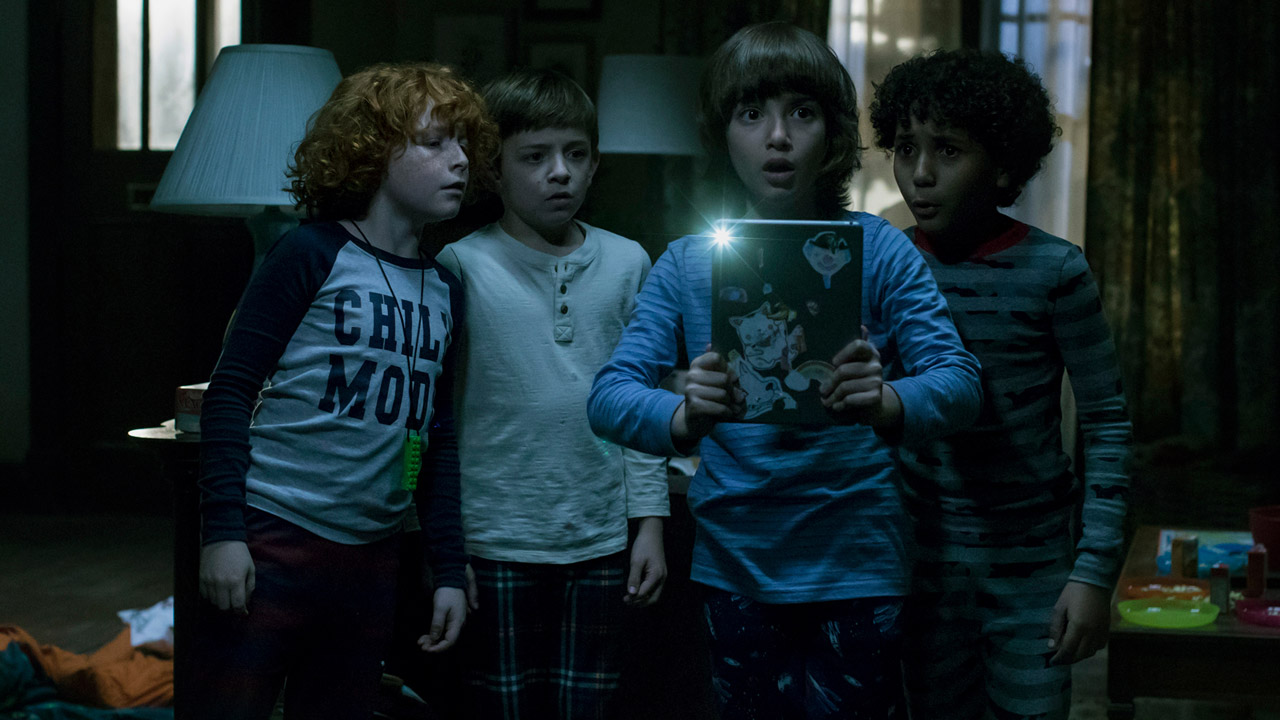 Based on the short film “Larry”, the film “Come Play” (from August 19 on Blu-ray, DVD and digital) tells the whole story of the monster of the same name.

This time the focus is not on Larry, but on little Oliver (Azhy Robertson), who is lonely and suffers from a special form of autism. He communicates with his environment exclusively via a smartphone app. Larry knows how to take advantage of this media obsession: he contacts Oliver via a mysterious e-book.

For the home cinema launch of COME PLAY, we now have a special offer for you as part of the eBay charity auction in favor of “A Heart for Children”. Buy an eerie Halloween animatronic “ghost phantom” from Horror-Shop.com with lantern & digitally animated eyes! The huge figure with a size of over 2 m immediately provides a true ghost train feeling with its eerie sound, ghostly movements and infernal eyes!

Horror-Shop.com is Germany’s largest, year-round Halloween online shop & store with a gigantic selection of Halloween decorations, costumes, Halloween make-up, gothic gift items and home accessories & everything that the heart of a real horror & Halloween fan desires. You will also receive a digital code from iTunes for COME PLAY!

Do not miss this special opportunity on eBay and get the great fan souvenir for the film COME PLAY.

COME PLAY – from August 19th on Blu-ray, DVD and digital

Oliver (Azhy Robertson) is a lonely little boy who feels different from everyone else.

Mobile phones and tablets, his constant companions, offer him consolation and refuge, but he actually longs for a friend. When a mysterious creature breaks into our world through Oliver’s devices, Oliver’s parents must fight to save their son from the monster on the other side of the screen.