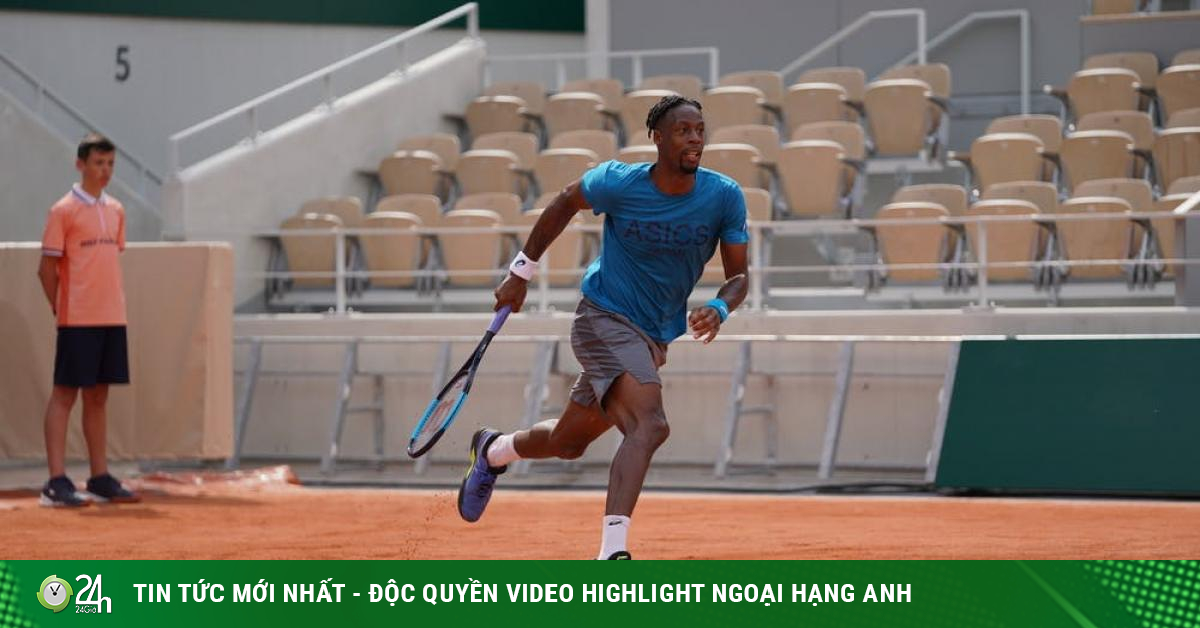 (Sports news, tennis news) The legendary trio “BIG 3” competed on the same day, but there was no super product, all had to “take their hat off” to Monfils.

On the 5th day of Roland Garros 2021, the “BIG 3” group (Federer, Nadal, Djokovic) competed and all won tickets to the 3rd round, but they were not the owners of the most impressive shot. The player with the most beautiful shot on day 5 is none other than Gael Monfils, a French male tennis player. Before that, he was also the owner of the best shot on day 3. At Roland Garros, “The Clown” Monfils is less colorful, less flying, and instead is calm and subtle. Although he could not win against Mikael Ymer (Sweden) in the second round, Monfils left an impressive “falling leaf” for the tournament.

After a series of double attacks, the opponent pressed the right net and launched a backhand, Monfils rushed to chase. Just when everyone thought Monfils was going to hit a forehand along the string, the Frenchman cut the ball gently, creating a soft curve before falling to the bottom of the court to score. The ball hit “fascinated” both the audience and the opponent.

Currently, in the men’s and women’s singles, Roland Garros is absent from French players, adding another sad clay Grand Slam with the host players.