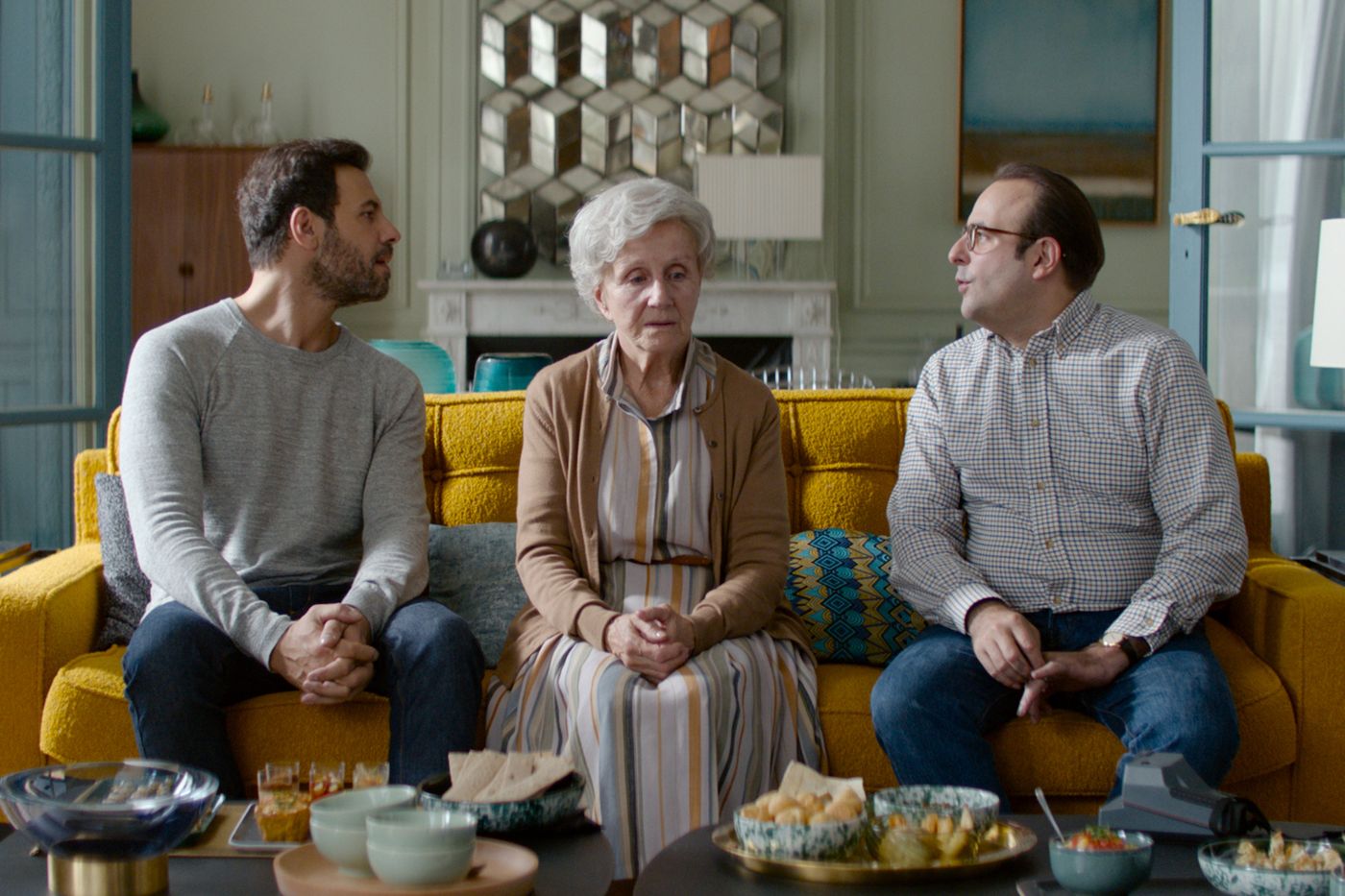 The origin of the world •

A lawyer, Jean-Louis apparently has an enviable life. In reality, he doubts everything – his relationship, his sexuality … “My life is real, but fake. A gigantic lie ”, he sums up. And as if to further add to the inauthenticity of his existence, his heart stops beating, without affecting his capacities nevertheless. A condition that worries Michel, his veterinarian friend: “Death is okay, but since you look alive, it is concerning. “ Valérie, Jean-Louis’ wife, takes him to his “holistic life coach” who, after stringy explanations, comes up with the solution: the return to the origin of the world, the maternal vagina that she must see – or at the very least. minus her photo, she concedes – before three days. Otherwise Jean-Louis will die.

Adaptation of the play by Sébastien Thiéry staged in 2013, the film shines with its rhythm and its distribution which brings together Laurent Lafitte (Jean-Louis), Karin Viard (Valérie), Vincent Macaigne (Michel), Nicole Garcia (the coach) and Hélène Vincent (the mother). But where the scabrous discourse perhaps went better with the physical distance imposed by the scene, the transposition on the big screen with its tight frames generates a heavy unease when it comes for the trio to convince, by all means and for three consecutive days, Brigitte, the mother of Jean-Louis whom he has not seen for four years, to undress.

A heartbreaking and gritty farce

How can you shoot such a film in the world of #MeToo? At the start of the film, a client of Jean-Louis accompanied by his tearful daughter asks that the video showing her having sex with four of her “classmates” be erased from the Web. The comedy is supposed to arise from the multiplicity of its male partners of the good bourgeoisie, but the situation evokes more the gang rape of a fragile young woman than the thin part between consenting adults.

→ READ. In Hollywood, the place of women is a struggle

The essence of the humorous spring of The origin of the world is based on the determination to see the sex of an older woman, her refusals and the strategies to counter them. How not to see sexism and ageism? The successive confessions of the horrors committed by Brigitte during Jean-Louis’ childhood obviously do not alleviate the matter. Vincent Macaigne’s participation is not enough to save this heartbreaking farce with an assumed gritty tone from disaster.