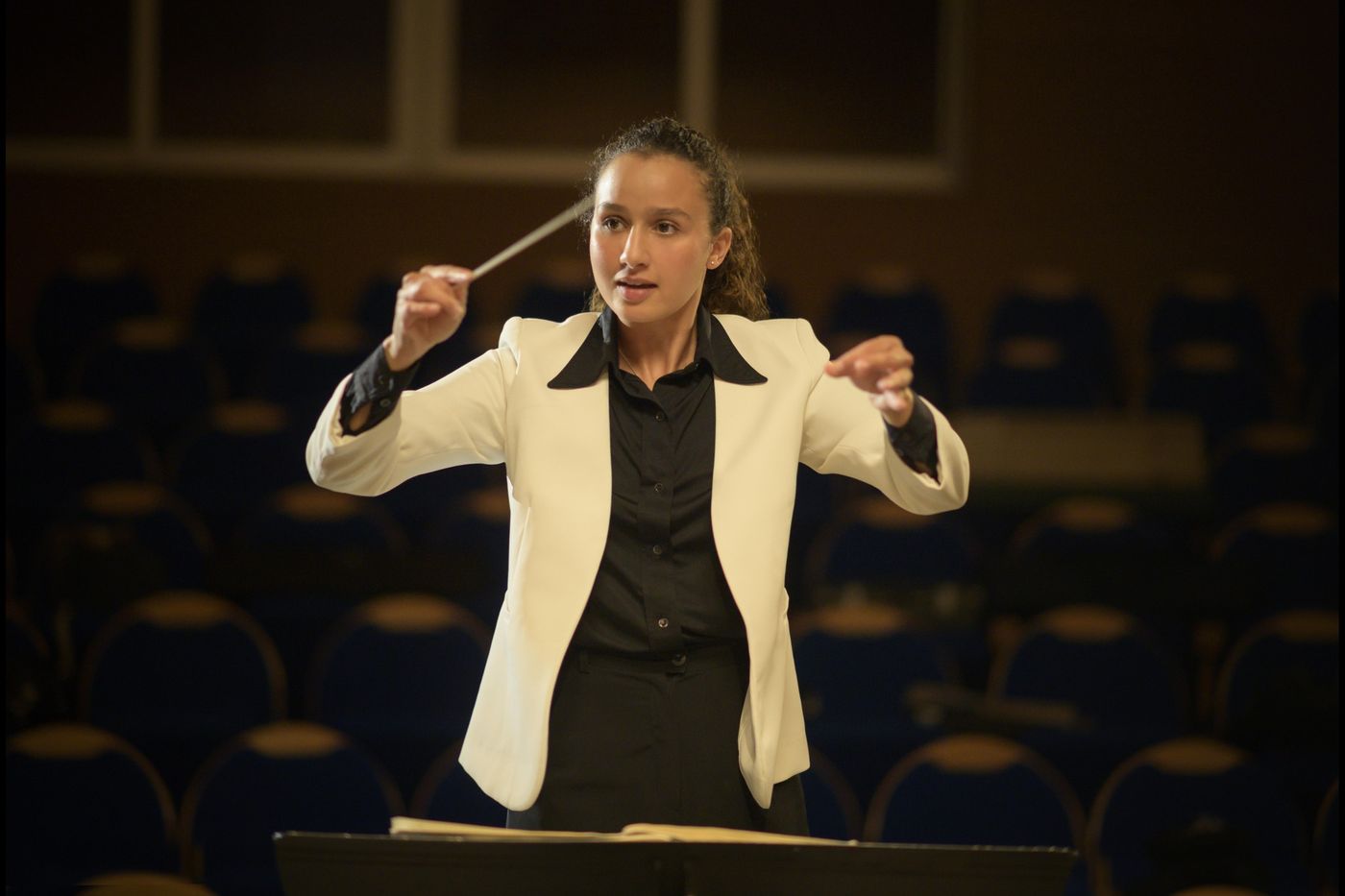 Both are women, conductors and heroines of feature films in theaters this Wednesday. There the similarities end. Because if entertainment tells the true story of the young Zahia Ziouani, determined to make a place for herself in a world which is a priori closed to her, the film by Todd Fields deciphers the descent into hell of a fictional maestra reigning over the symphonic elite.

The benevolence, respect and love of a job well done experienced within a united family contrast just as much with the fundamental loneliness and harshness that petrify the glory of Lydia Tár (Cate Blanchett, impeccably calibrated), overtaken by accusations aggression and harassment.

These differences also infuse the aesthetic of the two films. Despite some naïveté apt to feed the irony of strong minds, entertainment breathes music, the conductor Zahia Ziouani and her sister Fettouma, cellist, having participated closely in the design of the soundtrack.

Tar makes hear very beautiful pages (however parsimonious with regard to the duration of the film), extracted in particular from the 5th Symphony by Gustav Mahler, but without the relationship between what we see and what we hear reaching the sensory and emotional intimacy of Marie-Castille Mention-Schaar’s film. Proof that ambition and means do not create poetry where it is not…

A man then a woman

A few weeks later Master(s) by Bruno Chiche, the orchestral direction invites itself again on the screens. The symphonic concert, which has become very marginal in cultural practices, continues, on the other hand, to nourish a solid mythology, the conductor taking on the talents and the defects of heroism, of the power of the individual against the group.

Until now, it was almost exclusively a man, sure of his talent, authoritarian even despotic. Anything but a tender. A model that is taken up by Tarto the chagrin of musicians like the American conductor Marin Alsop, who protested: “To have the opportunity to represent a woman in this role and make her an aggressor, I found it heartbreaking. »

The nature of power

On screen, in comedy as in drama, the leader uses and abuses his prerogatives. Rex Harrison imagines various ways of getting rid of his wife, in comical synchrony with the works of Rossini, Wagner or Tchaikovsky that he directs (Unfaithfully yours by Preston Sturges, 1948). In The big mop by Gérard Oury (1966), a megalomaniac Louis de Funès enjoys his superiority by humiliating the musicians of the Opera Orchestra with acerbic stabs.

Metaphor of the autocrat facing the orchestra, an indistinct and submissive crowd… “The smallest gestures (of the chief) project clarity about the nature of power,” writes Elias Canetti in mass and power (1960), emphasizing his position ” standing “, ” alone ” and ” raised ” between listeners and performers. Not to mention his emblematic instrument… the baguette! How not to think of the stars of the direction that were Arturo Toscanini or Herbert von Karajan, the latter seeing his image immortalized and aestheticized by the filmmaker Henri-Georges Clouzot in 1966.

When the people revolt

However, the instrumental people sometimes rise up against their master. Under Fellini’s camera, the leader’s haughty nervousness provokes the revolt of the “musical proletariat”. The Prova d’Orchestra (Orchestra rehearsal, 1978) explodes into a hysterical cacophony. Two years later, Andrzej Wajda in turn tackles this fascinating figure of authority in Dyrygent (The conductor), entrusting Shakespearean comedian John Gielgud with the role of an honored maestro. His charisma goes back to a clumsily dominating young conductor who fails to win the respect of musicians whom he cannot make himself love.

From her work with Sergiu Celibidache, a legendary conductor whose lessons she took, Zahia Ziouani has retained the complexity of the relationship between the conductor and “his” musicians. “The chemistry is based on a community spirit, the excellent preparation of the conductor, his high standards and mutual esteem with the instrumentalists. All these conditions met, the miracle can take place. »