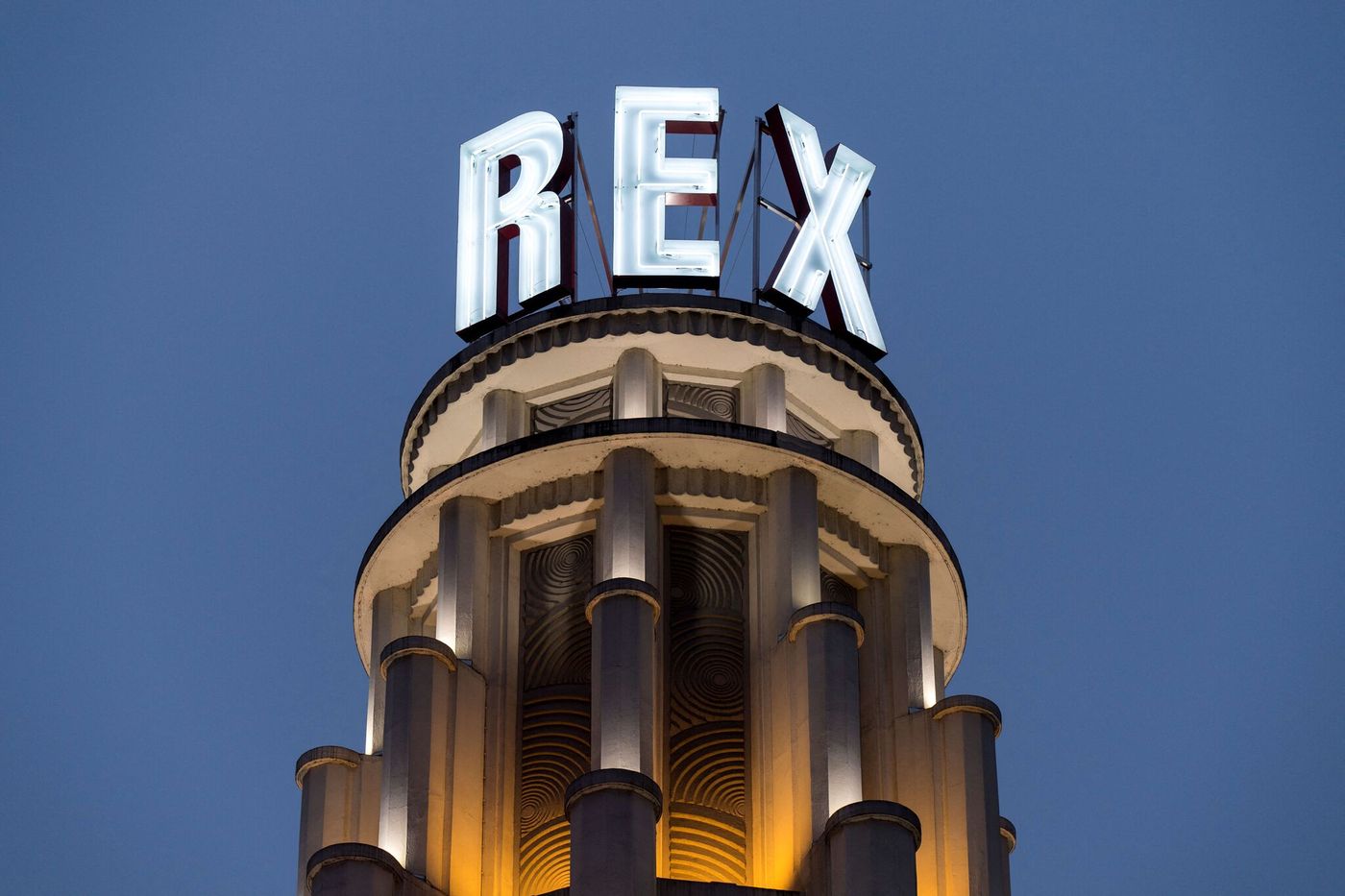 For its 90th anniversary, the Grand Rex, a legendary cinema on the Grands Boulevards, has had a makeover. After two years of work, carried out at full speed by its director Alexandre Hellmann, this huge art deco liner, located at the corner of boulevard Poissonnière and the street of the same name, will regain its original colors and cachet. The opportunity to look back on the turbulent history of this exceptional 2,700-seat hall, which perpetuates a model of cinema that is now on the way out.

On December 8, 1932, on a freezing evening, a crowd of personalities in tuxedos and evening dresses thronged to number 1 boulevard Poissonnière in front of the immense facade of the Rex. Welcomed by 80 ushers in livery and white gloves, they come to inaugurate in the presence of Louis Lumière himself one of the largest halls in Europe, a replica of the Radio City Music-Hall in New York, and attend the screening of Three Musketeers by Henri Diamant-Berger. The event, to which all of Paris rushes, reflects the excessiveness of the project. An extraordinary room with its 3,300 seats, its two balconies, its starry vault which culminates at 30 meters high and its Mediterranean decor.

It is Jacques Haïk, already owner of L’Olympia, who is at the origin. He entrusted the project to the architect Auguste Bluysen, who had already built the Gaumont Opéra (Pathé-Palace) and to the engineer John Eberson, a specialist in so-called “atmospheric” rooms – which plunge the spectator into a magical universe –, then popular in the United States. The facade, with its colonnades and geometric patterns created by the sculptor Henri-Édouard Navarre, is typical of Art Deco. A rotating sign, with its 2.50 m high letters, sparkles like a beacon in the night.

Despite his success, the indebted owner files for bankruptcy. The Rex was bought by the Gaumont company, which resold it a few years later to Jean Hellmann. The Grands Boulevards cinema has been run by the same family ever since.

► 1940, the cinema is requisitioned by the Germans

After the defeat of the French army in 1940, the occupying troops requisitioned the cinema on May 2, 1941 and transformed it into a “Soldatenkino”. It is strictly reserved for German troops and only shows propaganda films or those having received the visa of the Nazi authorities. In the room, a huge clock, permanently lit, reminds the soldiers of the time, while a loudspeaker gives them, during the projection, the railway timetables.

In 1942, he was the target of a bomb attack by a group of communist resistance fighters, which injured five German soldiers. After the Liberation, the cinema reopened on October 13, 1944 but was temporarily closed from April 12 to June 22, 1945, to accommodate prisoners of war returning from Germany. In 1946, Pinocchio is the first Disney to be broadcast there, the beginning of a fruitful collaboration with the American studios.

Since the end of the war, the programs in two parts offer news followed by an intermission then the film preceded by an attraction: orchestra, dancers, waterfalls enliven the session. After the failure of the Mirror of Neptune, swimmers evolving in a transparent pool installed on the stage, the owner Jean Hellmann inaugurated in March 1954 the famous Féerie des eaux.

The giant screen rises and springs from a pool installed on stage a symphony of multicolored water jets, propelled 20 meters high, to the rhythm of the music. This attraction is still offered today, once a year, during the Christmas holidays, often on the occasion of the release of the Disney Studios film.

The model of the cinema-palaces of the inter-war period has had its day. Several of them cease their activity (the Louxor), divide their room into several (Gaumont-Opéra) or are purely and simply razed like the Gaumont-Palace, place de Clichy. The trend is towards multi-rooms, which are more profitable economically. The Grand Rex resists and refuses to sacrifice its large room, and its extraordinary decorations, to create several small ones. He nevertheless had to adapt and created three additional rooms in the basement, on the site of the old dressing rooms and rehearsal studios. It has seven since 1984.

The former Rêve dance hall, created at the same time as the cinema, became the Rex-Club and converted to disco. The large auditorium was modernized in 1988 with the installation of a 300 square meter “large screen”, inaugurated with The big Blue by Luc Besson. With a current capacity of 2,702 seats, it now hosts blockbuster films, prestigious premieres as well as concerts, shows and various events. The Grand Rex, which also offers sightseeing tours and an escape game, welcomes around one million visitors a year.

► 1981, inclusion in the inventory of historical monuments

In 1981, the Ministry of Culture listed the Rex in the inventory of historical monuments. In addition to its art-deco facade, the cinema has many interior decorations typical of the “movie palaces” of this period, such as the decoration of the large room which we owe to the cabinetmaker and interior designer Maurice Dufrène, or even the frescoes by the painter and film decorator Henri Mahé which adorn the main staircase and the walls of the foyer.

The renovation work launched last year under the aegis of architects Grichka Martinetti and Stéphane Thomasson has restored the facade to its original appearance. It thus finds its initial colors – a shades of beige, gold and black -, its metal canopy which overhung the entrance and had partially disappeared, as well as its illuminated signs including the rotating one – the three letters of Rex – installed at the top of the corner tower of the building. Noble materials, marble and wood, were chosen for the reception desks, and elegant Murano chandeliers were replaced in the foyer on the first floor from where they had disappeared.