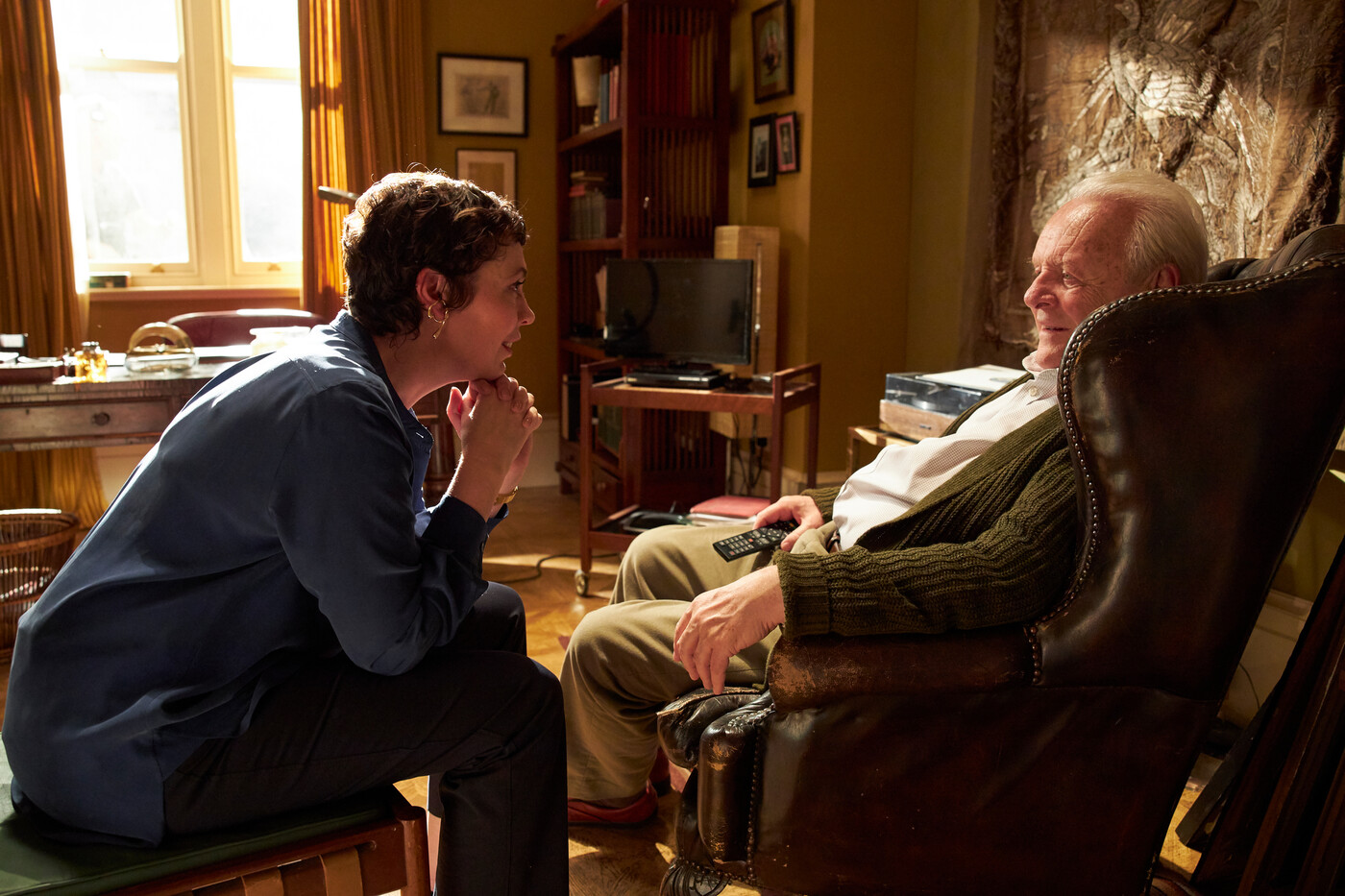 From theater to cinema, Florian Zeller has passed with the same apparent ease that accompanied his debut as a playwright, making each of his plays a public success. Adapted from one of them, The father, and shot in English, his first film as a director comes out in France with two Oscars, one for his screenplay co-written with the translator of his plays, Christopher Hampton, the other for the acting performance of the brilliant Anthony Hopkins. A tour de force if we stick to his subject, an old man sinking into dementia, and his unique decor, that of a vast London apartment.

But Florian Zeller is adept at creating one of those devilish mechanics that take the viewer into the mental labyrinth of his character, like a thriller or rather, he explains, a puzzle to which a piece is always missing. to understand its consistency.

In fact, nothing is really certain in what we see on the screen. When the film begins, Anne (Olivia Colman) visits her father Anthony (Anthony Hopkins), a former engineer in his 80s who lives alone at home, to tell him that she is going to Paris to join the man she loves. And reprimands him for having once again dismissed the caregiver responsible for taking care of him.

However, from the second scene, trouble sets in. Who is this woman who claims to be his daughter and whom he does not recognize? And what is her husband, Paul, from whom she has been divorced for ten years, comfortably installed in his living room? Is he still at home or has he moved in with Anne, in the past or in the present? Is he losing his mind or is he the victim of manipulation?

Every morning – or is it evening? -, when leaving his room, the same scenes are repeated with imperceptible variations, placing us in the vertiginous position of this rational man who tries to pick up the pieces of a drifting mind. He goes from astonishment to mistrust, then to anger and finally to despair when, during a fit of lucidity, he becomes aware of his condition.

By adapting a play to international success – it has been performed in 45 countries – Florian Zeller demonstrates great formal mastery and has two formidable assets. The first is to have known how to use all the tools of cinema. “My intention was not to film theater, he emphasizes. It was on the contrary to try to do what only the cinema allows. “

From this point of view, the film is a success. The slow tracking shots in the hallway of the apartment, which expands and transforms, depending on the circumstances, into a doctor’s waiting room or into the wing of an nursing home, the rooms whose furniture and light change depending on the time of day of the day or of his state of consciousness, figure the mental prison in which the character of Anthony struggles and make the setting a central part of the film.

An overwhelming father-daughter duo of tenderness and vulnerability

The second is undoubtedly Anthony Hopkins. The playwright was not mistaken in going for the British actor. And the latter only agreed to come out of his semi-retirement because he sensed the full potential of a role tailored to his measure. His performance is all the more disturbing as it plays to the full on the identification between the actor, used to playing cold-blooded men, and his character. “We all grew up with Anthony Hopkins, he is part of our collective imagination (…) I wanted us to be able to experience this terrible feeling of gradually losing someone we know intimately ”, says Florian Zeller.

A simple gesture, like this tap dancer’s pirouette, or this ability to go from irony to distress with a single glance is enough to make us feel all the states through which his character passes. Facing him Olivia Colman, whose talent is no longer to be proven, witnesses, devastated, the downfall of a once admired father, ready to endure all his changes of mood and his humiliations. Together, they form an overwhelming father-daughter couple of tenderness and vulnerability in which everyone can project themselves.

The late consecration of Anthony Hopkins

Anthony Hopkins debuts under the double influence Richard Burton, originally from Port Talbot like him, and Laurence Olivier who spotted him in the theater after his stint at the Royal Academy of Dramatic Art.

The consecration comes late for his role as Hannibal Reader in The Silence of the Lambs (1991) which allows him to win his first Oscar. It is then found in the films of James Ivory (Return to Howards End, The Remains of the Day) or Richard Attenborough (Shadows of the Heart) as well as in many biopics devoted to Nixon, Picasso or Hitchcock.

He recently performed the role of Benedict XVI in The Two Popes, by Fernando Meirelles.

He was knighted by the queen in 1993 but usually resides in the United States where he obtained his naturalization.