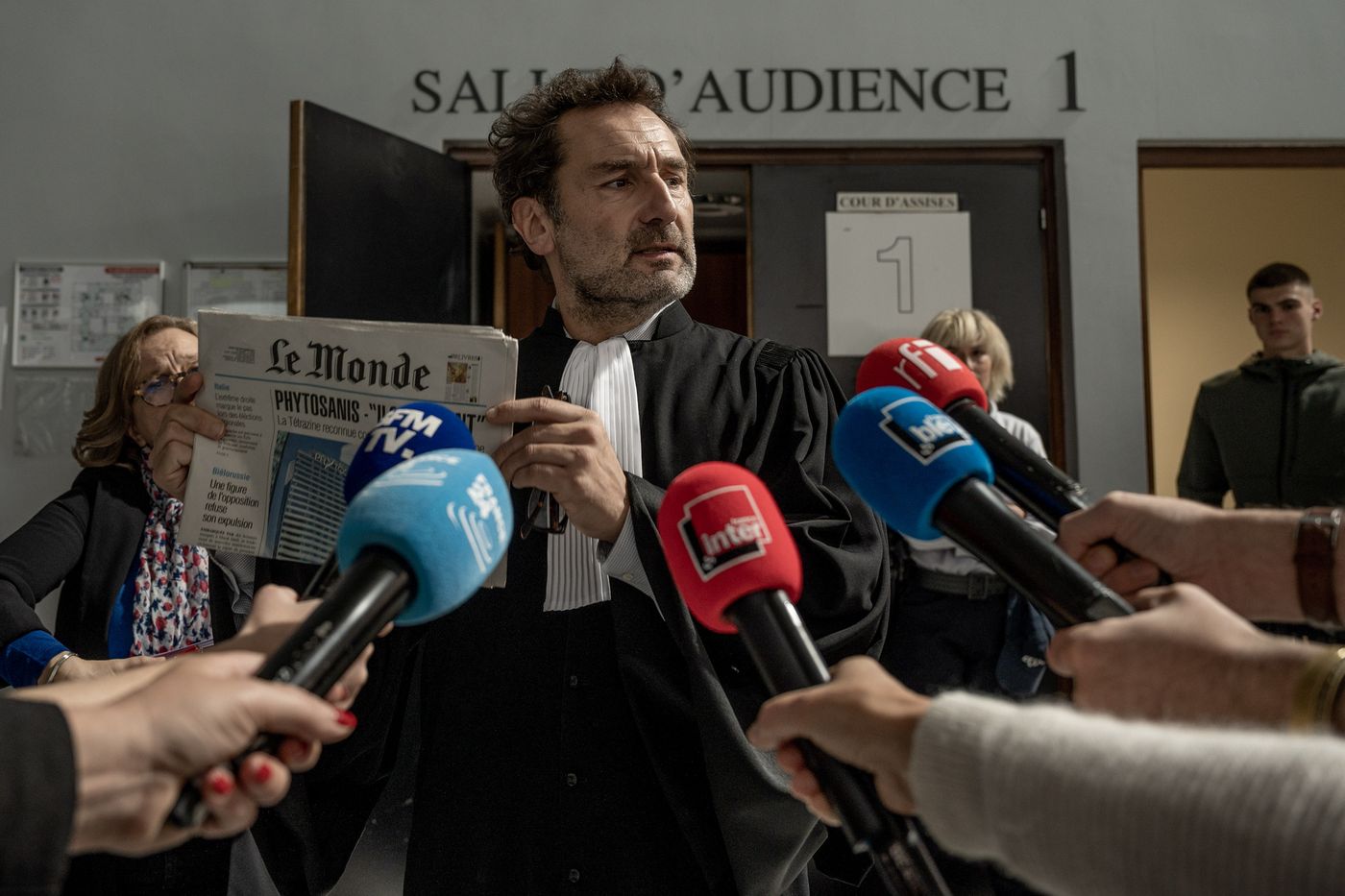 In the Bible, Goliath is this invincible Philistine giant who, against all odds, is defeated by David, a young shepherd boy from the tribe of Judah. In Frédéric Tellier’s film, the initial disproportion of forces seems more glaring and the victory even more illusory. Before the courts, Lucie continues the fight of Margot, her companion, in order to obtain recognition as an occupational disease for the blood cancer that killed her. Operators of an agricultural domain, they used tetrazine, a powerful weedkiller which they consider responsible for Margot’s lymphoma.

For Patrick Fameau, the lawyer specializing in the environment who represents them, it is to designate the responsibility of Phytosanis, the company which produces and markets this pesticide recognized as “probable carcinogen” by the World Health Organization (WHO). Faced with a tragedy that aroused a wave of emotion in public opinion and tarnished its image, Phytosanis resorted to the services of a lobbyist, Mathias Rozen, whose last media campaign carried out underhand managed to disqualify electric cars for the benefit of the diesel sector which pays for it.

A card at the beginning of the film displays his intentions: Goliath is inspired by real facts, any resemblance being “neither fortuitous nor involuntary”. For five years, Frédéric Tellier, its director, conducted research on pesticides and agrochemical lobbies. Extremely well documented, his feature film knows how to be educational, without impoverishment or heaviness, by exploring its subject in concentric waves around its main characters.

Pierre Niney as an unscrupulous lobbyist

With Lucie, it is the agricultural world that poisons itself and demands justice, but also reveals its blindness and its denials. It is the inhabitants of these countryside, like France and her husband affected by the same cancer, who live near fields watered by pesticides whose cocktail effects no study can assess. With Patrick Fameau, it is the fight before the courts as to the impact of these products on health, the quibbles of the organizations responsible for compensating the victims and the manufacturers who refer them to their lack of caution in the face of supposed products yet harmless. With Mathias Rozen, it is the work carried out by communicators who are highly paid by multinationals refusing, in the name of profit, any questioning of pesticides which they know are carcinogenic.

→ CRITICAL. “In the name of the land”, a filial tribute to the peasant world

Film with a societal issue such as Dark Waters (by Todd Haynes, released in 2019), Goliath, with a neat image, never loses sight of the cinema. The plot gains momentum through a superbly controlled, thrilling and fluid choral form that is unafraid to embrace the emotions. Sports trainer and worker, the rough France (Emmanuelle Bercot) militates in her village for a mobilization against pesticides. Worn down by professional and private failures, Patrick Fameau (Gilles Lellouche, overwhelming with fatigue and determination) has nevertheless lost none of his flame as an idealistic lawyer. With his ex, an AFP journalist (Marie Gillain), he becomes aware of the contours and formidable strategies implemented by Phytosanis.

→ CRITICAL. “Dark Waters”, in the troubled waters of a multinational chemical company

One of the armed arms of this company, Mathias Rozen, represents the most fascinating character of Goliath. It is he who develops the “language elements” in the face of the scandal, echoed in unison by senior executives, politicians and scientists in collusion with agrochemicals. Merchant of doubt, Rozen systematically disqualifies independent scientific studies that go against the interests of his client. Through trolls, he massively circulates erroneous and defamatory information on social networks.

With seductive assurance, Pierre Niney portrays this man of hushed ferocity, a good husband who is preparing with emotion to become a father, relieved of all scruples. Over the course of a thrilling story, the gigantic financial stakes of these maneuvers take shape, which authorizes all the blows. The resemblance “neither fortuitous nor involuntary” is obviously to be sought on the side of glyphosate, the extension of which the European Commission approved in 2017 for five years. Will Goliath ever find his David?

He began his career in the 1990s as an assistant director, then produced several fictional films for television. He notably worked on the series A cop then create The Shadow Menwith Nathalie Baye.

In 2014, he made his first film for the cinema,The SK1 Affair, which retraces the hunt for the serial killer in eastern Paris, Guy Georges.

In 2018, Save or perish, with Pierre Niney in the role of a firefighter seriously burned in a fire, brought together more than a million spectators.

After Goliathin theaters today, the director is working on a biopic on Abbé Pierre, with Benjamin Lavernhe in the title role.