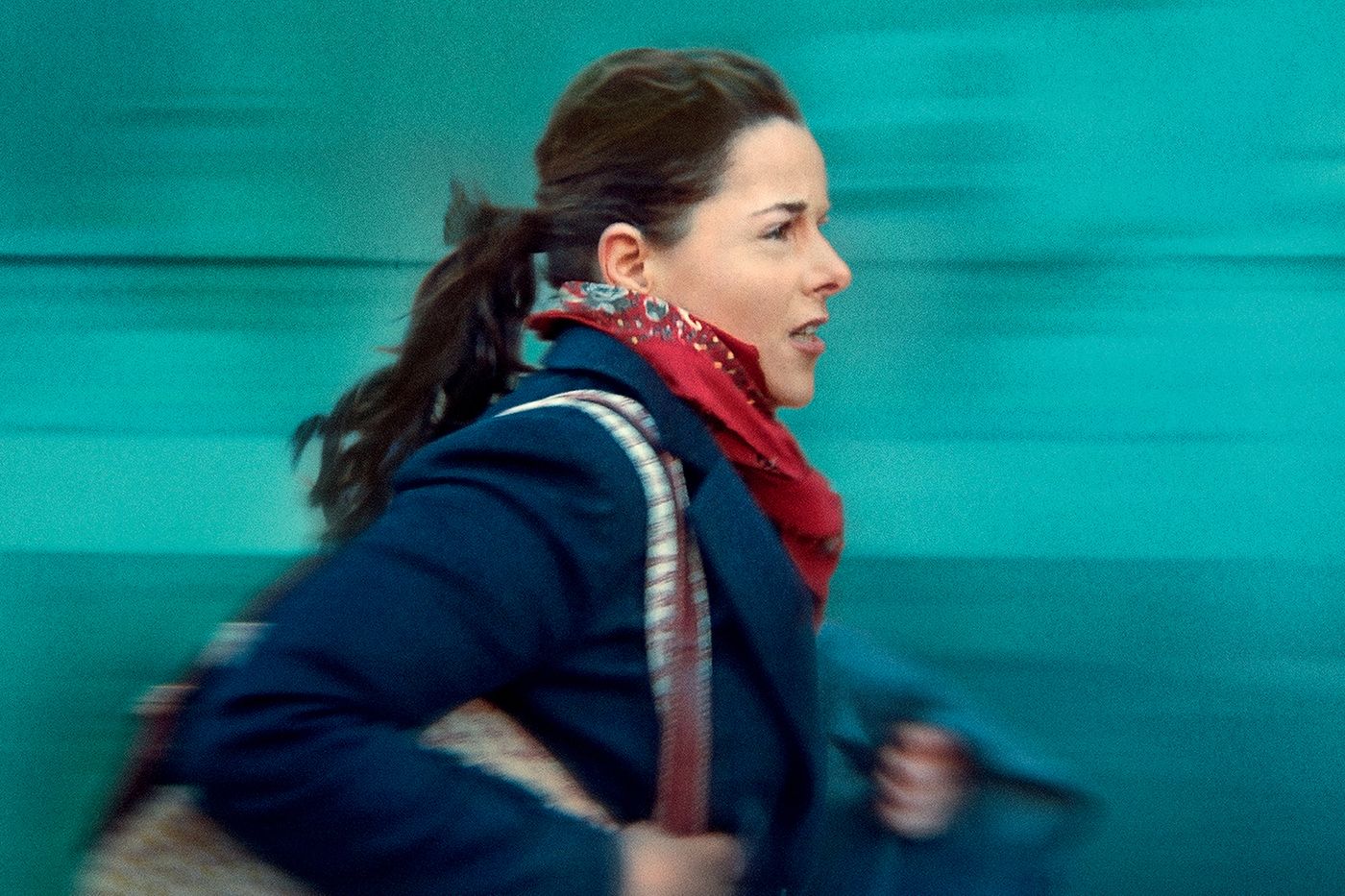 Divorced, Julie lives in a distant suburb. She runs all day to get to her job in Paris and try to get back in time to pick up her two children entrusted to a nanny. Always stressed, she catches the trains in flight, finds herself huddled there, crushed, her nose against the window, watching the hours go by, seeing the day rise, the night fall. She’s on full throttle all the time. Without respite, without rest. Julie is carried away by the vast movement of just-in-time, the suction pump that controls the economy today and crushes individuals.

First maid in a palace, with a minute and meticulous schedule, with millimeter work, she is demanded of perfection, under control. But it is put in difficulty by its repeated delays, caused by the persistent disorganization of the trains which leave in plan the people of the disoriented commuters and the cleat, delivered to the system D, corroded by this uninterrupted series of disappointments. It’s even worse when a transport strike occurs which leaves them on the floor.

Always in fourth gear, out of breath

Julie belongs to this cohort of invisible ants, essential in the general workings, never rewarded with the slightest recognition. With his finances dry, his economic survival depends on the payment of alimony but the father of his children no longer responds…

Still in fourth gear, Julie is out of breath. Woman on the verge of a nervous breakdown. She responds to an ad for a job that better matches her skills, but to get to job interviews, she tricks the clock, juggles schedules, rushes into the interstices, counting on the complicity of her colleagues, themselves energized. On the razor’s edge of her fragility, this urban warrior draws on her adrenaline resources to compose herself a fighter ready for anything and keep her children’s heads above water.

→ CRITICAL. “Antoinette in the Cévennes”: Laure Calamy between laughter and tears

Laure Calamy, who left the Venice festival last September with the prize for best actress in the “Orizzonti” category, embodies even on her face, tense features, desperate gaze, forced smile, on the verge of rupture, the ” mental overload” that so many women complain about, especially in single-parent families.

The actress deploys with great talent and an impressive physical commitment a sum of energy to keep her family skiff afloat. With his camera, mobile, in motion, always in the race, closer to this everyday heroine, Éric Gravel, also awarded at the Mostra, the prize for best director, signs an oppressive, distressing film, on the edge of the precipice. A punchy film, much more eloquent and convincing than many speeches.