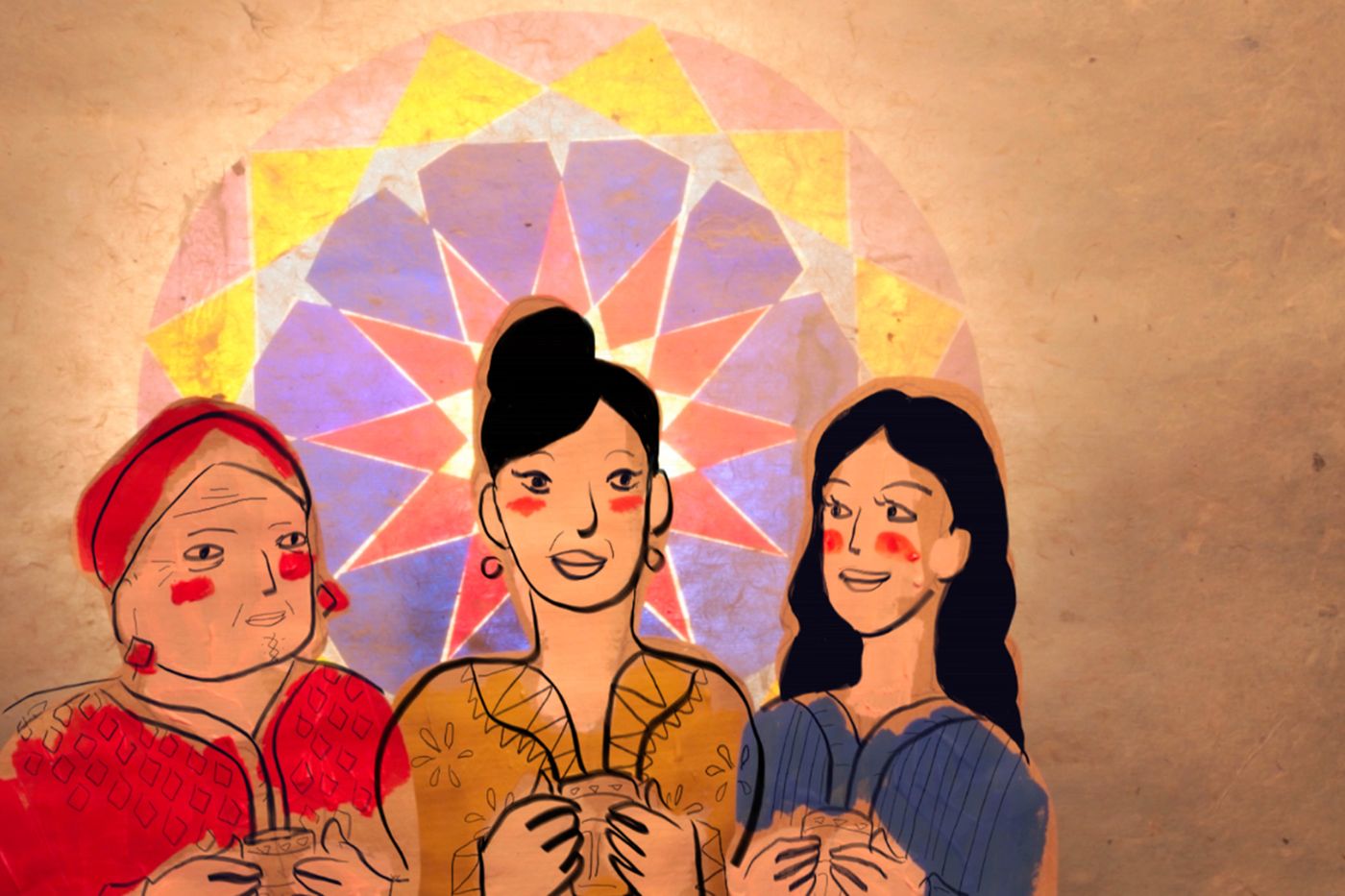 Sim, the president of the Toad Republic, goes on a trip to a neighboring country where he receives full honors. On his return, he was dethroned and thrown into the water by his compatriots. Any resemblance between the political fable that is Have a nice trip Sim, lively cartoon of the Nigerian Moustapha Alassane, and the tumultuous history of African countries would not be purely fortuitous …

An exciting documentary on this filmmaker is due to be screened at the Annecy Animated Film Festival, which this year looks at the 7e African art, as part of the Africa2020 season, a set of events that seeks to give a more accurate image of this continent.

A veteran of sub-Saharan African cinema, who died in 2015, Moustapha Alassane made his films on his own and with bits of string. A career like that of African animation cinema which suffers from a cruel lack of training and funding.

“It is still very difficult to make animated films in Africa, explains Laurent Million, responsible for programming in Annecy. Only about thirty countries produce a little and mainly for television and education. A dozen feature films have been made in Africa, and only 4 or 5 must have had a career outside their countries of origin. There are almost more foreign films on Africa than there are films in Africa. “

The most advanced countries in this area remain those of the Maghreb, which co-produce a lot with France, Egypt, endowed with a strong film industry which is exported to the Middle East, and South Africa, where the studios work a lot with the UK and the US. On its own, it brings together 30 to 35% of all African production. But the room for improvement is enormous.

“African animators are forced to illegally download software that they then“ crack ”to make films on computers that work between two blackouts! “, deplores Laza, a Malagasy director whose company makes video games for a living.

“The countries that have set up aid funds can be counted on two hands. Nothing can be done without the help of European countries. Africa was decolonized sixty years ago, but we still have an assisted mentality! “, protests the one who is also director of the Short Film Meetings in Madagascar. Training sessions are organized there, as elsewhere, in other festivals, that of Meknes, in Morocco, or Abidjan, in Ivory Coast. “Some schools teach the technique of 3D animation, but none offer an educational course that trains people in the film industry”, observes Mohamed Beyoud, director of the Meknes Festival.

But things are starting to move. Still cautious not long ago, some public channels are launching calls for tenders for animated series, as is the case in Morocco. In this country, Mounia Aram, French producer and distributor of Moroccan origin, will soon announce the creation of a school, in order to “To avoid the flight of talents to France or the United States and allow them to stay in Africa to deal with African subjects”.

The themes addressed in the works shown in Annecy revolve a lot around social, political and environmental issues. “They also exploit African mythology, little known in the West, and a formidable breeding ground for stories”, believes Mohamed Zoghlami, specialist in creative industries in Africa. “The young generation wants to reclaim their culture, to give it a positive image. She wants to get out of the colonial domination complex and project herself into the future, through black superheroes, especially since the triumph of Black panther (2018). “

After Netflix, which announced the launch of an “Afrofuturist” series with Zambia and South Africa, Disney must present a project for an animated adaptation of a sci-fi comic published by a Ugandan-Nigerian company. It is titled Iwaju, which means “future” in Yoruba.

Created in 1960, the Annecy Festival celebrates, one year late, its 60e anniversary, with a special evening, Tuesday, June 15, where will be presented the last Disney short film and a film directed by the cream of the world animation on the theme of memory.

A large exhibition is also dedicated to Michel Ocelot at the Musée-château d’Annecy.

After a fully online edition last year, the 2021 edition is hybrid, both digital and on-site.

The sanitary pass is not necessary for festival-goers who will go to Annecy (professionals, students, teachers from everywhere, or moviegoers living in the Haute-Savoie department), but their number is limited to 5,000 (compared to 12,000 in 2019) and 15,000 online. The latter will not have access to feature films, except for three of them.