(Sports news, tennis news) No. 1 seed Daniil Medvedev reunites with the opponent who knocked him out of the Tokyo Olympics a few weeks ago.

Cincinnati Open 2021 has fully determined the matches of the quarterfinals in both men’s and women’s singles. Accordingly, the number 1 seed Daniil Medvedev will meet rival Pablo Carreno Busta again at 1:30 on August 21. A few weeks ago, Medvedev was eliminated by Busta himself from the Tokyo Olympics in the quarterfinals. Therefore, the Russian tennis player definitely wants to reclaim the debt before this opponent. Meanwhile, 2nd seed Stefanos Tsitsipas faced 17th-ranked Felix Auger Aliassime at 7:30 am on August 21. This is the opponent that Tsitsipas has defeated in all the last 4 meetings. And with the current form, the Greek tennis player is expected to easily win tickets to the semi-finals.

Tokyo Olympic champion Alexander Zverev has a bit more difficulty when his opponent is Casper Ruud, the 8th seed. The match will take place at 7:30 am on August 21. In the past, the two players have never met, so this confrontation promises to be not easy for the German tennis player. The other quarter-final is a match between fourth seed Andrey Rublev and French tennis player Benoit Paire (0h, 21/8).

As for the women’s singles, the focus will be on the match between Ashleigh Barty and Barbora Krejcikova taking place at 10pm tonight (August 20). These are the two best players so far in 2021. Barty owns 37 wins, won Wimbledon and titles in Melbourne, Miami and Stuttgart. On the other side of the line, Krejcikova also won 39 victories with the Roland Garros title, in addition to 2 ATP 250 titles in Strasbourg and Prague. 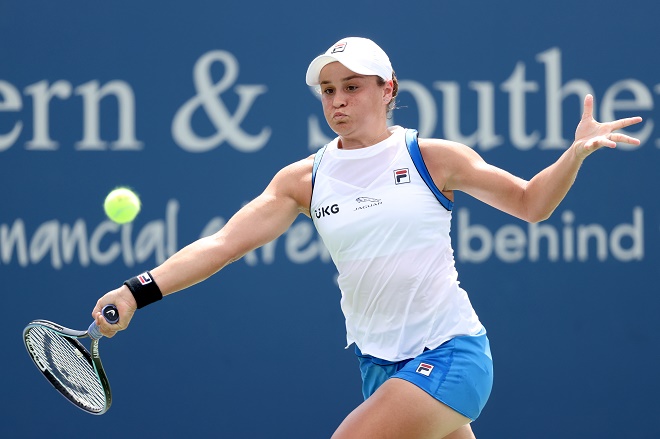 Not long ago, Barty easily defeated Krejcikova in just 2 sets on the way to winning Wimbledon for the first time in his career. It was also the only meeting between the two tennis players. And in this rematch, Krejcikova will definitely want to reclaim the debt to balance the head-to-head ratio against the world No.

(Sports news, tennis news) Not attending tennis, Nadal chose the golf tournament as a way to warm up for the US Open 2021.