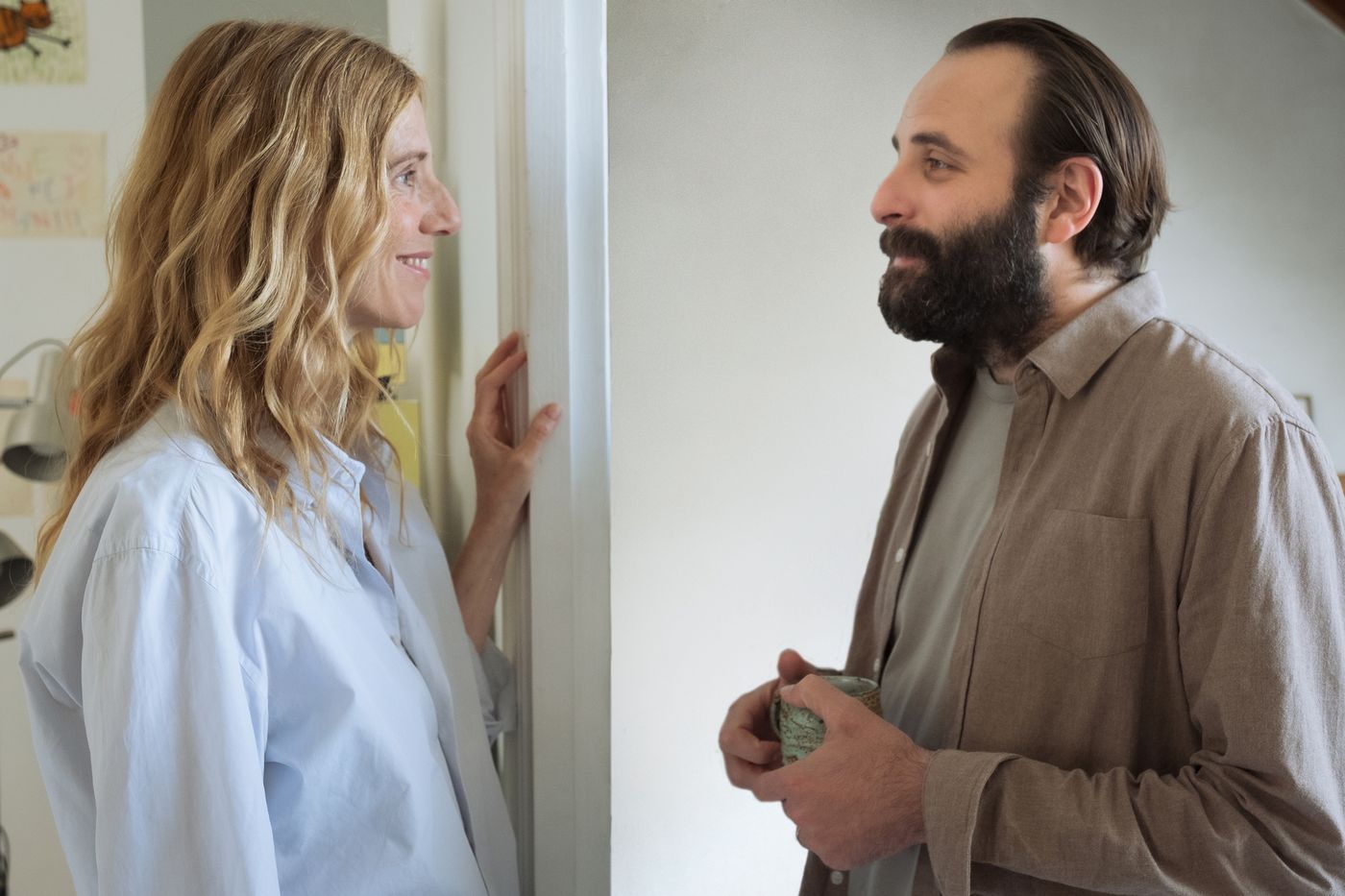 Chronicle of a temporary liaison ***

Emmanuel Mouret does not bother with preliminaries. When we discover Charlotte (Sandrine Kiberlain) and Simon (Vincent Macaigne), they are already on their second meeting and are preparing to start an affair. She is a single mother who has had enough of love passion, and aspires to something ” light “.

He is married, father of two children, a priori faithful and a little clumsy. But the attraction is there, obviously reciprocal, and it is she who leads the dance. “It’s going fast, it’s going very fast”, mumbles Simon as she already drags him to her apartment and whisks away the herbal tea to shove him into his room.

Words that contradict their thoughts

From meeting to meeting, the filmmaker becomes the scrupulous chronicler of this liaison which, as the title indicates, will only be “passenger”. They find themselves at the museum, in a park, in the apartment lent by a friend, at the hotel or in the countryside, each place becoming an essential milestone in their history.

And because they talk as much as they make love, it’s an opportunity for them to reaffirm again and again the pleasure they have in living the present moment, in not promising themselves anything. But in vain they defend themselves from any attachment, the spectator is the witness of their growing complicity which ends up giving way to tenderness, then to the birth of feelings.

In this amorous marivaudage where words constantly contradict thoughts, Charlotte stays one step ahead. And Emmanuel Mouret is the scrupulous and delicate painter of these out of tune loves. Simon barely has time to get used to the situation and to let go, that we understand from minute details that she may be expecting a little more.

A hesitation on the stairs as he leaves her house to find his wife, a slight stiffening of the neck when he seems ready to confess his inclination, a fit of jealousy when she confesses to him that other men interested in her: it doesn’t take much to understand that a trifle would be enough to upset their destiny. So Charlotte will try to provoke him, and this “nothing” will take an unexpected form, transforming the duo into a trio.

A pas de deux that is danced out of time

With a mastery of storytelling that he has demonstrated since Mademoiselle de Joncquières, Emmanuel Mouret leads us with a jubilant art of staging in this pas de deux which is danced out of time. It is no coincidence that its protagonists are perpetually on the move, giving the feeling of running after their own feelings. Love is fleeting and it is advisable not to let it pass, at the risk of regrets.

From this point of view, the filmmaker skilfully plays with the personality of his actors. Faced with the sparkle and vivacity of a Sandrine Kiberlain, in love with freedom and new experiences, Vincent Macaigne appears entangled in an awkwardness and a touching and exasperating indecision at the same time.

The film, all in ellipsis, leaves their respective family environment off-screen. We know almost nothing of their life apart from their brief encounters. But these, punctuated by sparkling and very literary dialogues, are little jewels of intelligence and sensitivity. If the construction lacks the virtuosity of his previous film The things we say, the things we dowhich intertwined love stories like nesting dolls, the film gains in fluidity but also in humor.

There is something of Woody Allen in this sentimental comedy whose heroes, as they wander about, constantly comment on what they are going through, while concealing their real torments. Emmanuel Mouret draws inspiration from it with talent, to give us a subtle chronicle of the disagreements between the feminine and the masculine.

1998. Graduated from La Femis in directing. So walk around naked!a medium-length film produced at La Femis, finds its way to theaters.

2000. let lucie do itthe first feature film with Marie Gillain, in which he plays and imposes his universe, halfway between Rohmerian marivaudages and the humor of Woody Allen.

2004. Venus and Flowerselected for the Directors’ Fortnight at Cannes.

2018. Mademoiselle de Joncquièresnominated six times for the Césars and crowned only with the César for best costume.