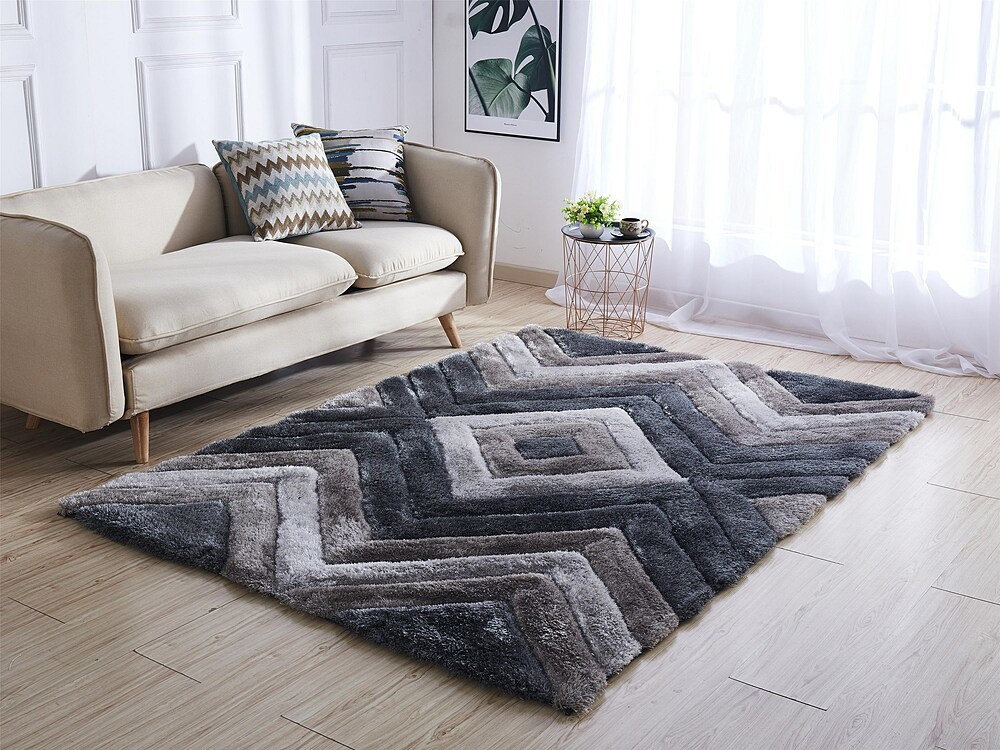 The feng shui influence of floor mats and doormats is quite strong, so homeowners need to know how to choose the right carpet.

According to Bat Trach feng shui, people of the age of the East and the four parities in the West, Northwest, Southwest or Northeast direction are not suitable, need to spread the door mat to neutralize evil spirits. The East and Four pars correspond to the five elements, which are Water – Moc – Fire (North – East – Southeast and the South itself). When living or working in houses facing the West and Northwest, they will commit the evil spirit of Kim, the Southwest and the Northeast will commit the evil spirit of the Earth.

Therefore, people with the East and Four zodiac signs belong to the Kham (Water), Chan and Ton (Moc) signs, when living in houses with open doors in the West and Northwest (Kim) directions, they need to spread blue or gray carpet inside the door. main to neutralize; People with the Dong Tu sign belonging to the Ly (Fire) sign will spread a red or purple carpet.

People in the East and West belong to the palace of Kham, the house opening in the Southwest or Northeast direction needs to be covered with a white or dark yellow carpet to neutralize; Oriental people belonging to the Chan, Ton and Ly zodiacs need to roll out a blue or green carpet.

People in the West (Three – Kim) in the East direction are also not good. The house opens to the East and Southeast to commit evil spirits of Moc, the people of the West par of Tho (Can, Khon) spread a pink carpet to neutralize; The Tay Tu people belonging to Kim (Doi, Can) spread white or dark yellow carpets. If the house is open to the South, put a brown or yellow carpet to neutralize it; The door opens on the north side with a brown carpet…

Some other feng shui views are based on the five elements (five elements year of birth) of the homeowner to choose the color of the doormat, the floor mat in general correlation with the overall color of the interior.

All views are reasonable when properly applying the birth-carving principle of the five elements. But in reality, many problems arise, especially when families, agencies and units have many different people and do not have the same mutual or harmonious relationship in terms of the five elements, the feng shui parity. It will be difficult to reconcile when everyone wants to have a carpet that is suitable and beneficial for their age; If a house or office has many rooms, it is very easy to have a situation where each person has their own style, the whole space will be like a colorful picture created by the floor mats and doormats.

Homeowners also need to distinguish the role of carpets when using. Door mats mainly work to prevent the generation of murderous gases or neutralize the killing gases from the outside from entering the interior space through the door system. On the contrary, the carpet must be placed in relation to the overall structure of the interior, the furniture inside the house and the office.

When choosing a door mat, apply the principle of Huyen Khong, and at the same time take the main goal of neutralizing the evil spirit of the star shining in the direction of the house in the year. For example, in 2022, the star Luc Bach Vu Khuc will shine in the northwest direction. The five elements of Venus are in harmony with the five elements of the direction (also in Kim). Luc Bach masters about meritocracy, great wealth (great profit) and mandarin luck. The house opening in this direction should be carpeted in gray, ivory or navy blue to increase prosperity.

For floor mats, it is necessary to apply the principles of Bat Trach, to make the inner air prosperous so that evil spirits cannot penetrate. Choose a carpet color that blends with Earth’s Fire or Earth’s Metal as the main color, creating a feeling of coziness, tranquility, solidity, and stability in the interior space. Should choose the following tones: Dark brown, reddish brown, mahogany, wing color, fawn, lemon yellow, pastel pink, dark red; big dislike of gaudy tones or mixed colors. This is the principle of choosing carpets suitable for all ages and directions of the house.