(Sports news, billiards news) Although Phuong Linh played very well, David Martinez showed his performance like “in the field” in the final stage 2 of the PBA Tour to compete for 2 billion VND in prize money.

On the afternoon of September 22, Vietnamese billiard fans looked forward to the final match of stage 2 of the PBA Tour held in Korea, where player Nguyen Huynh Phuong Linh competed for the championship worth 100 million won (nearly 2 million won). billion) with the famous mechanic David Martinez. The final match will take place in the format of 7 sets of 4 wins, 15 points each set.

Worthy of a great final, the two players pushed the tempo of the game up very high from the very first shots. Martinez gave 3 points. Phuong Linh responded with a series of 5 points.

The Spanish player rose to lead 7-5, the representative of Vietnam led 9-7. While fighting fiercely, Phuong Linh had an unfortunate hit in the 3rd muscle turn. Just waiting for that, Martinez immediately jumped up to win 15-10 in the first set.

In the second set, difficulties continued to come to Phuong Linh when he was led 6-10 by the opponent after 3 first turns. With only an 8-point hit, the Vietnamese player led back 14-10, then won 15-10 to equalize the score at 1-1.

The development of the third set was quite similar to the previous set when Phuong Linh was leading 4-8. But this time, Maztinez did not miss the opportunity when winning 15-5 with a series of 7 points, thereby once again leading 2-1. 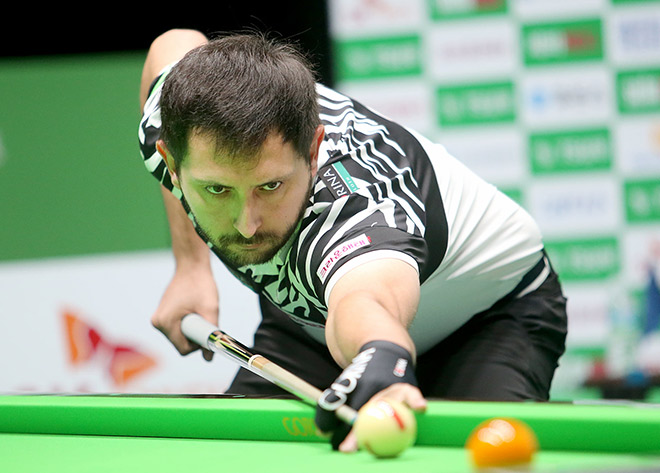 However, Martinez was excellent with the “return” muscle lines that scored even higher

Phuong Linh showed great determination when entering the 4th set with the goal of scoring 8 points. Although Martinez tried hard to chase, the Vietnamese player still played very calmly to win this set with a difference of 15-8 and equalize the score 2-2.

Taking advantage of Martinez’s missed shot, Phuong Linh hit the road to score 11 points at the beginning of the 5th set. It was thought that the Vietnamese player would have an easy victory, but Martinez ecstatically responded with a series of 12 very difficult points. believe. In an extremely tense match, Martinez was the one to make better use of his muscle turns to win 15-13, taking a 3-2 lead.

Entering the 6th set, Phuong Linh still kept the necessary concentration with the goal of 7 points. Then, Martinez once again responded with a 7-point strike to lead 9-7 and then raise it to 11-8.

Phuong Linh proved to be very resilient with a 5-point shot, leading back 13-11. At this moment, Martinez competed like “in the field” with 2 consecutive ice shots to win 15-13, thereby winning the final 4-2. 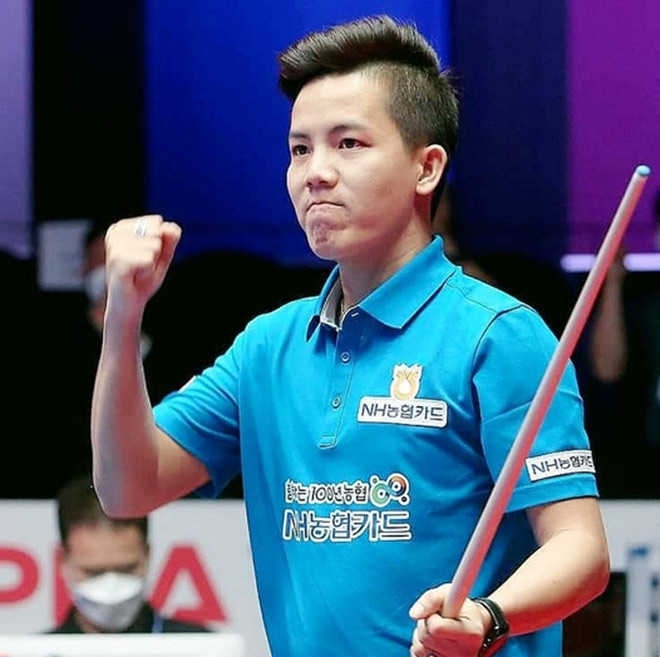 This result helped Martinez win the championship trophy with a bonus of 100 million won (nearly 2 billion VND). Meanwhile, Phuong Linh won the second place with 34 million won (655 million VND). Although she could not win the championship, Phuong Linh’s performance this time deserves a lot of praise when it comes to making history for Vietnamese carom billiards at the PBA Tour arena.