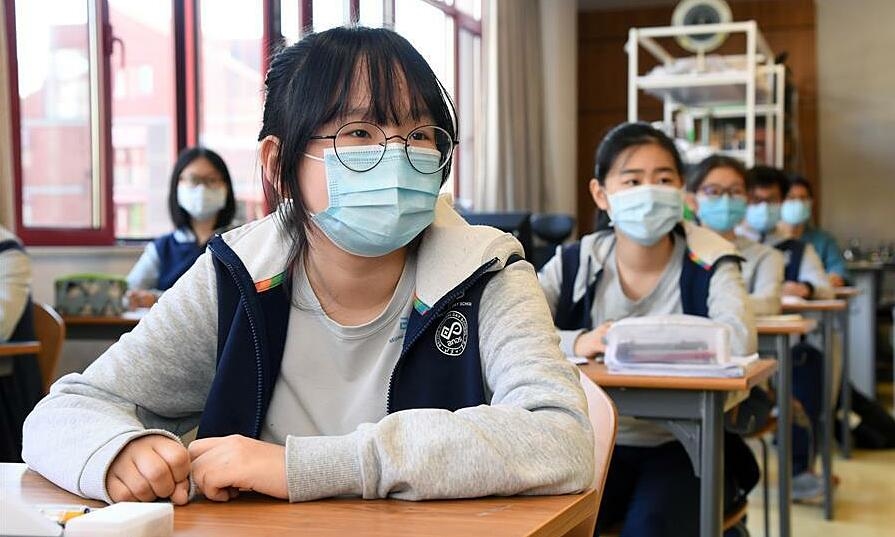 A famous online education website in China said that by 2020 about 20% of candidates will participate in competitions to study abroad while they have not yet reached 12th grade.

Mingming, a 12-year-old boy from Shanghai, was oriented to secondary school by his parents at a “world-class” school in Washington even though he was studying at an international school since grade 1 in the country.

In China, students have to complete nine compulsory school years and then participate in a contest to get to high school. By the end of high school, they have to study quite hard for the “life and death” competition to enter college. Mingming’s parents assumed that if he sent his children to the US to attend high school, he would not have to face the race to graduate from high school and enter high school or take college entrance exams. In big cities like Beijing or Shanghai, less than 60% of middle school students pass the exam to get into a public high school.

“Education in China is not too bad but too stressful for the children. I know that every road leads to Rome, but I hope the path for my son is not too narrow,” Mingming’s mother said. .

The academic pressure of the Chinese education system is just one of the reasons why parents decide to send their children abroad to study. Many people want their children to have the opportunity to develop personal abilities, not just study good culture. They argue that China’s rigid educational system does not help its children get there.

Ms. Jia Jia, whose son, Yangyang, came to Adelaide, Australia in 2019 to attend grade 7. She said that the family had previously planned to send their children abroad to study, but decided to let him go abroad right from the start. Due to the fact that since entering middle school, he doesn’t have time to play sports.

Yangyang’s school in Haidian District, Beijing is known for its high quality school with swimming pools and soccer fields. But the amount of homework is so large that these facilities make little sense.

“The information about the academic results and the rankings made us afraid that he would not pass the high school. The pressure was simply too great,” said Jia.

According to education researcher Chu Zhaohui, the belief that wealthy parents, if they have international qualifications, their children will have better job opportunities when they return home, also making the trend of studying abroad soon blossom. The pandemic could slow this trend down a bit. However, expert Chu said that this is a short-term difficulty and in about three years, the movement will be bustling again.

“Parents have two trends: some want to send their children abroad as soon as possible due to the pressure in China, while others want to wait and listen to the epidemic,” said Wu Dandan, a family member. study abroad broker, said.

In January, the Chinese Ministry of Education revealed it was building “a mechanism to restrict high school students from studying abroad because they are too young to live and study alone in another country”.

According to education expert Zhou, the Chinese government should encourage the use of domestically trained workers instead of those who go abroad to stop the wave of parents sending their children abroad.

“After all, the decision remains with families after considering the pros and cons of sending their children abroad. So I don’t think there is any specific policy that could stop them from planning their children. study abroad “, Mr. Chu commented.

Xiong Bingqi, deputy director of the Shanghai-based 21st Century Educational Research Institute, said that while it is unlikely to immediately prevent families from sending their children abroad, China could find ways to reform. your education system.

To keep parents from sending their children abroad, he said, “the government needs to promote individualization in education and change the way students are assessed”.

He also gave a reason why parents want to send their children abroad to study is the issue of ho khau. “Some students do not have a household registration book in the city where they live and study, so they are not allowed to take the entrance exam to a public high school or university, so their family chooses to go. Study abroad. Because the government prohibits children from studying where they live, why don’t they go to study in another country? “, he said.

Khanh Ngoc’s (According to SCMP)