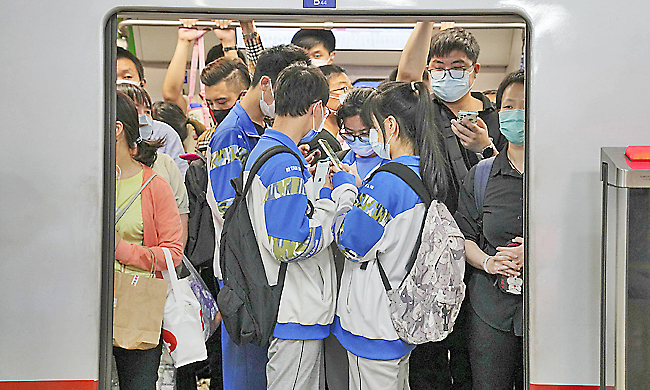 With the new rule, children are only allowed to play 3 hours a week on weekend nights, Chinese parents are no longer afraid of their children addicted to games as before.

Li Zhanguo’s four and eight-year-old sons don’t have smartphones of their own, but like millions of other kids in China, they’re no strangers to online games. “When I have a phone or an iPad in my hand, my child can play for four hours without taking his eyes off the screen,” Li said.

But with the new restrictions, Mr. and Mrs. Li and millions of other parents have found peace of mind.

The new rules allow children to play for three hours a week, from 8 p.m. to 9 p.m. Friday through Sunday. This is a step closer to the 2019 regulation – banning children from playing games for more than 90 minutes at a time.

These restrictions reflect the growing addiction to video games among Chinese children. The media called online games “mental opium”. According to a 2018 Chinese government report, one in 10 Chinese children is addicted to the Internet.

Now the responsibility of ensuring kids play only three hours a week rests largely with big game publishers like NetEase and Tencent.

Tencent has set up a real-name account registration system, incorporating facial recognition technology to prevent gamers from circumventing the law. The public is also entitled to report violations by game providers. It is not clear what penalties companies face if the regulations are not strictly enforced.

Although the policies are very strict, Professor Barry Ip at the University of Hertfordshire, UK, an expert on online game addiction in children, said it is not yet known if effective or not. “Young people aren’t just interested in games. With this blocked, they can turn to short video formats,” Mr. Barry said.

“There are various digital platforms that can capture the attention of young people no less than online games. Young people can spend time on TikTok in the evening comfortably for 4 hours, instead of playing the game will be controlled by time,” he said.

TikTok-style short video apps are popular in China and are unrestricted, although parents can enable time and content restrictions for teens.

Mr. Tao Ran, director of the Adolescent Psychological Development Foundation in Beijing, estimates that 20% of children will find a way around the law. “They will defeat the system by borrowing accounts of elderly relatives and bypassing facial recognition technology,” the expert said.

Liu Yanbin, the mother of a nine-year-old girl in Shanghai, said many parents attribute their child’s poor grades to playing games, but she disagrees. “It’s not just online games that harm children. There are still social networks, video apps and even TV shows. As long as children don’t want to learn they will find a way to play,” Liu said.

“The focus should be on prevention, for example, informing parents about how the game works, so that they can actively control their children,” said psychology professor Joël Billieux of the University of Lausanne, Switzerland.

Father of two Li Zhanguo said that many busy parents do not have time for their children, making them look to games as a way to kill time. Instead, parents should spend time helping their children discover their potentials and interests. “I’m arranging to take piano lessons with my daughter because she’s interested in the subject,” he said.