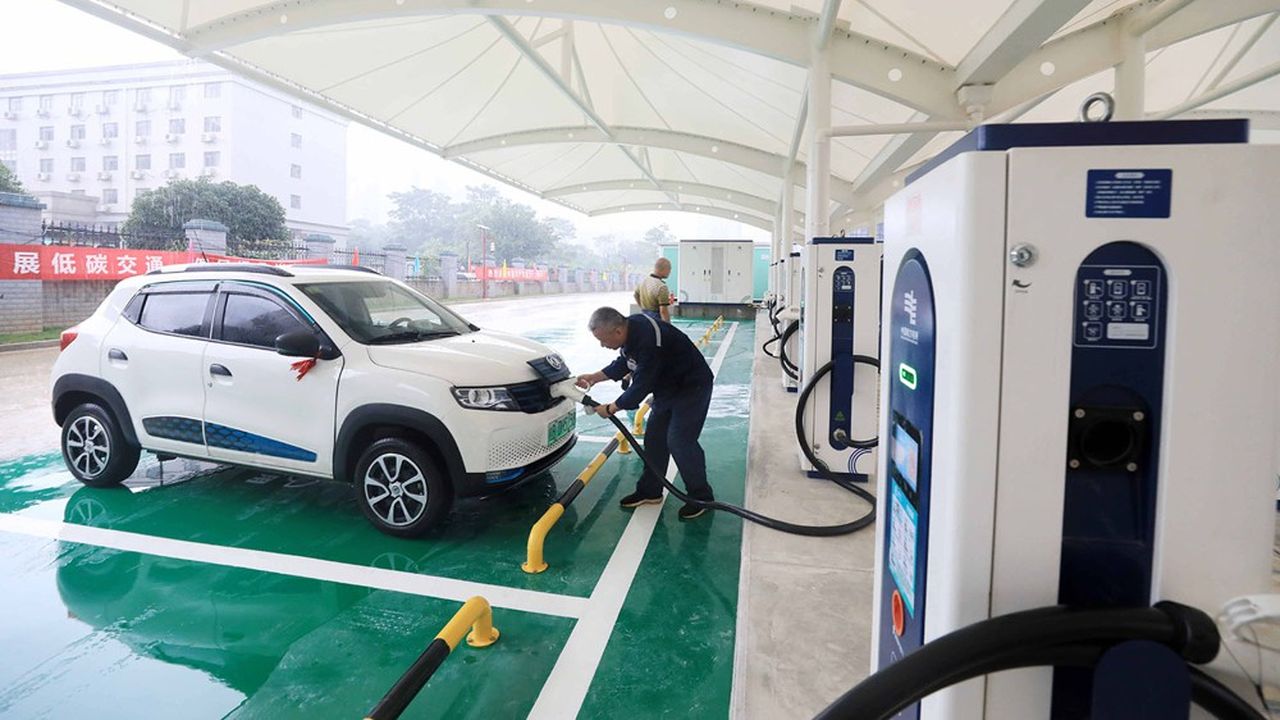 If China is neck and neck with the European Union for the world’s leading market place for new energy vehicles (VEN), the Asian giant is racing ahead in the deployment of charging stations for vehicles electric.

China installed 284,000 public charging stations in 2020, more than the entire U.S. network, according to data released by BloombergNEF. The country has more than 850,000 terminals accessible to the public, about three times more than in 2018 and the equivalent of two-thirds of all public terminals for electric vehicles installed in the world.

In addition, there are some 900,000 other private charging points, installed at home and in the workplace, reports China Electric Vehicle Charging Infrastructure Promotion Alliance (EVCIPA). Although the overall figure is well below the initial target of 4.8 million stations, China has a charging point for five electric vehicles, against 20 in the United States.

Desirous of reducing atmospheric pollution in large cities while developing an industry capable of taking world leadership in a sector of the future, the Chinese authorities are pursuing a very aggressive policy in electric vehicles.

China recently reoriented its subsidy efforts towards building an extensive network of charging stations, while reducing incentives focused on consumers. The case is not simple: China is struggling to give up the purchase premiums which have strongly boosted the NEV market in recent years. But a plan unveiled last year by the NDRC (the big planning body) has stepped up the focus on battery charging and swapping stations.

These investments are part of the “new infrastructure” initiative presented at the end of 2018 and brought up to date to constitute one of the pillars of the recovery plan in response to the Covid-19 epidemic. The priority given to the construction of charging stations is in particular alongside 5G mobile infrastructures and intelligent transport.

According to a think tank close to the Ministry of Industry and Information Technologies (MIIT), electric vehicle charging stations should receive 54 billion yuan (7 billion euros) of investment by 2025 .

The idea of ​​the central government to accelerate the expansion of the charging network has also infused with local governments. Most Chinese provinces have already established their own development plans, often with grants. Shanghai, for example, aims to add 100,000 battery charging and exchange facilities in three years.

China intends to remove all obstacles to maintain leadership in electricity and migrate its fleet. It has set itself the target that half of new vehicle sales will be on new energies by 2035. While charging stations are now growing like mushrooms, there are still many problems.

Volkswagen’s chief technology officer in China, Xu Peng, shared the same observation last March, estimating that only 30% of charging stations are actually functional in some parts of China.