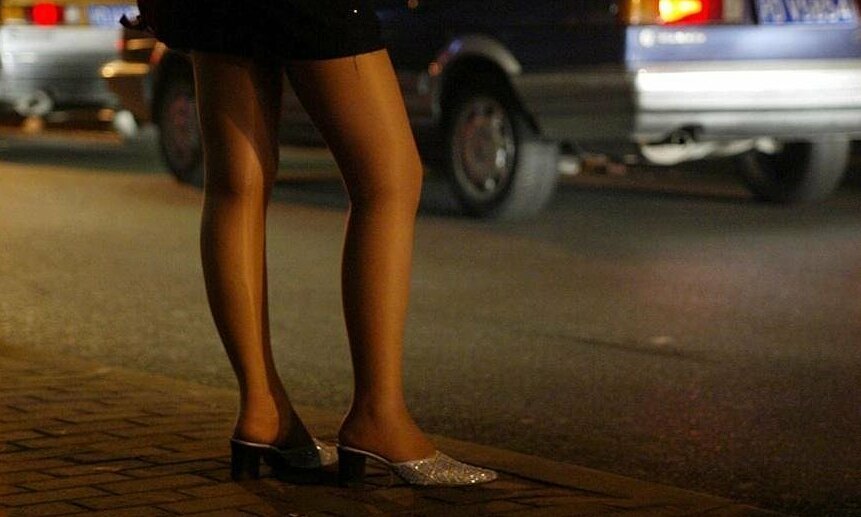 ZimbabweTawanda, 16, looks up at the darkening sky, signaling the beginning of her workday.

She is among hundreds of girls from rural Zimbabwe who work as urban prostitutes. “We waited until this hour because the customers were mostly married or respected people in society. Otherwise, we would have opened 24 hours a day,” Tawanda said.

As soon as her parents died, Tawanda was forced to drop out of school because her grandmother could not support her. Drought and crop failure persisted year after year, leaving her with no future at home. At the age of 14, she went to the capital Harare to look for work.

“Initially, I went to babysit, after six months working as an operator for families. When there was Covid-19, the landlord cut the meager salary, so I quit,” Tawanda said.

Not wanting to return to her hometown, she moved to Epworth, 12 kilometers from the capital, Harare, with friends and started practicing. The city is known for violence, prostitution and drugs.

Tawanda and other teenage girls often gather in one location near an information tower. During the day this area is quiet, few people pass by. But at night, it became a hotbed for sex workers to find clients.

Chipo, a colleague of Tawanda, although understands the dangers of this work, but has no other choice. Unlike before, job opportunities on rural farms are getting less and less each year due to the effects of climate change.

She had to drop out of school at the age of 16 and come here with her sister, and then sell sex every now and then. “Sometimes we get sexually transmitted diseases, but we need money so we can only get treatment and move on,” Chipo said.

Many underage girls have been robbed of money by clients, and some have been sexually abused and assaulted. In Zimbabwe, soliciting sex is illegal, making it difficult for young women to report it to authorities.

Chipo’s village is often ravaged by flash floods. “In 2020, I plan to grow soybeans so I can pay for my school fees and rent out classrooms. The rains come and destroy my dreams,” she said.

Most localities in Zimbabwe are heavily affected by climate change with frequent droughts and floods. Mr. David Marekera, head of a village 130km from the capital Harare said climate change not only starve people but also destroy the future of children. “Boys drop out of school to dig for gold, while girls get married early or engage in sex work because of poverty,” he said.

Memory Kanyati, president of the Zimbabwe Youth Council in Harare, said the increase in the number of children involved in prostitution was “alarming”.

According to Mr. Daniel Sith, climate change expert, director of the NGO Green Shango Trust, Zimbabwean women are the most affected by the current global warming situation, because of their fertility. Their design is highly dependent on natural resources.

A recent report by the International Institute for Environment and Development found that the climate crisis is exacerbating modern slavery, which sometimes includes forced sexual exploitation.

Bao Nhien (According to Aljazeera)