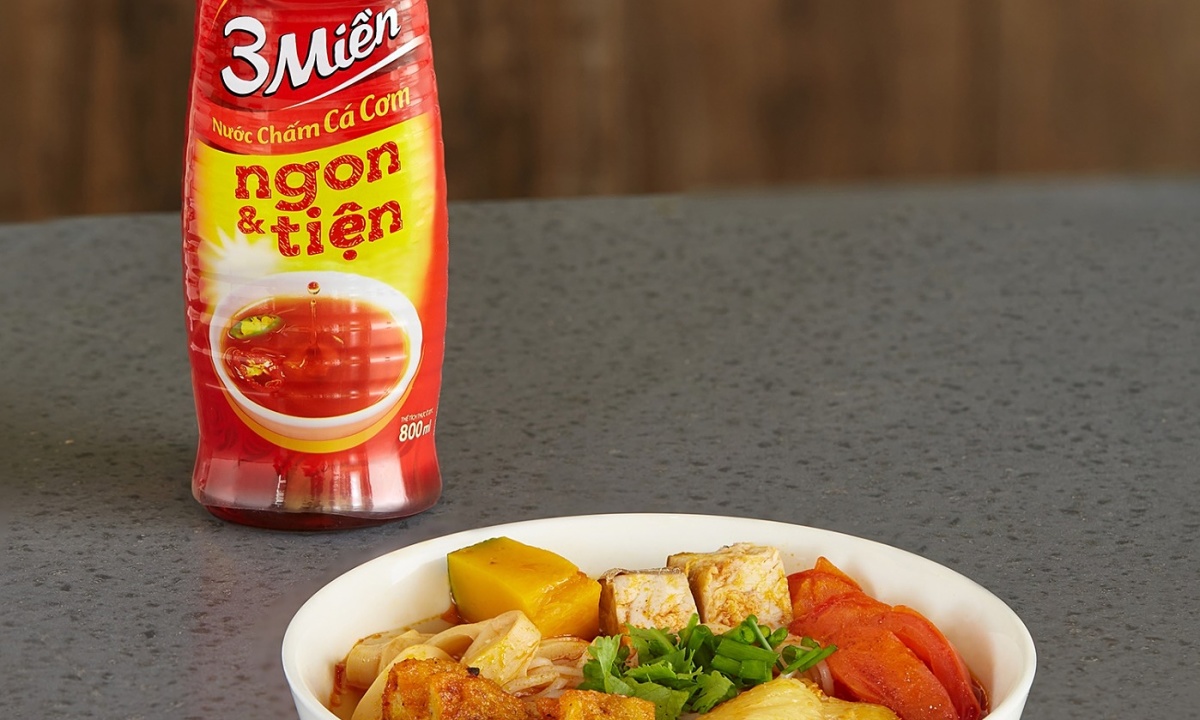 Chef Tuyet Pham’s creative recipe with 3 Mien dipping sauce is for those who love vermicelli and fish noodles in Da Nang.

Once, when holding pineapple in his hand, chef Tuyet Pham remembered the slices of fragrant yellow jam that his mother made on New Year’s Day. That simple image has inspired chef Tuyet Pham to bring the flavors and colors of New Year’s pineapples into his hometown dishes, bringing bold creativity to the fish noodle dish. Aromatic stir-fry with sugar and fish sauce, that little variation creates a rich aroma and richness, creating a unique flavor for the hometown fish noodle dish. In order to achieve the right taste, chef Tuyet Pham chooses 3 Mien dipping sauce with a mild aroma and a golden brown color.

– The fish is lightly fried in oil, pressed on both sides until cooked but not overcooked. Remove fish meat into pieces.

– Heat the pot for a little oil, purple onion and then fragrant, continue to add a tablespoon of sugar and two tablespoons of 3 Mien dipping sauce. Then, put a liter of boiling water, put on high heat, at this time, we have a pot of broth with the sweetness of pineapple, the strong aroma of the fish sauce of 3 Mien anchovy sauce.

– In turn, put fish cakes, fish, and pumpkin into the pot of broth.

– Fry the tomatoes with a little purple onion and cashew oil, put in the last pot of broth.

– Present in a bowl, add onions, cilantro on top.

Chef Tuyet Pham revealed that the broth of Da Nang fish noodle soup is full of sweet and sour taste and the deep richness to the fish meat is thanks to the 3 Mien dipping sauce. 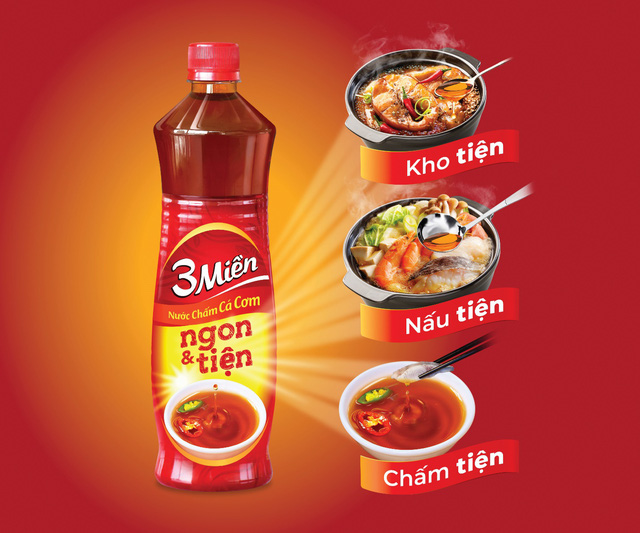 Uniben owns two of the largest and most modern food factories, with brands in the FMCG industry namely 3 Mien, Reeva, Boncha and Joco. In which, 3 Mien Ngon Ngon & Convenient anchovy dipping sauce with ingredients from pure anchovy fish sauce, is specially prepared according to its own secrets, giving the sauce a golden brown color, a gentle aroma, helping for braised – cooked – delicious dishes, rich in traditional flavors.