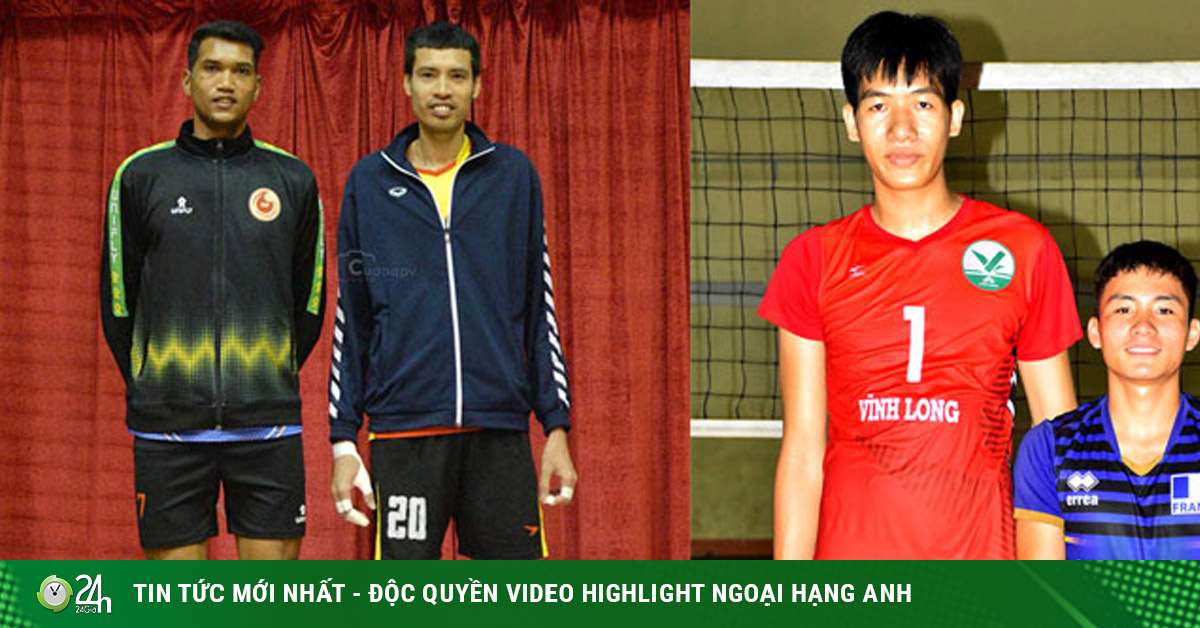 (Sports news, volleyball news) Cu Van Hoan once monopolized the title of the tallest volleyball player in Vietnam, but now, the assistant born in 1996 has many opponents of similar height, even slightly better.

The 25-year-old assistant is too famous in the Vietnamese volleyball village when he is not only the main smasher of Trang An Ninh Binh football team, but with a height of up to 2m, Cu Van Hoan has monopolized the title of male athlete for many years. highest level of volleyball in the country.

With a rebound of 3m50 and a barrier of 3m35, Van Hoan is one of the pillars that helps Trang An Ninh Binh win the national championship in 2021. He is also considered a measure of height used by everyone to compare with others. other athletes.

Also at the National Volleyball Championship 2021, the Ho Chi Minh City football team suddenly introduced a new face with an impressive height, equal to Cu Van Hoan and a rather unique name, which is Che Quoc Vo Lit. However, unlike Van Hoan, Wu Lit has only been in professional volleyball for 1 year and is still in the process of honing his tactical skills. 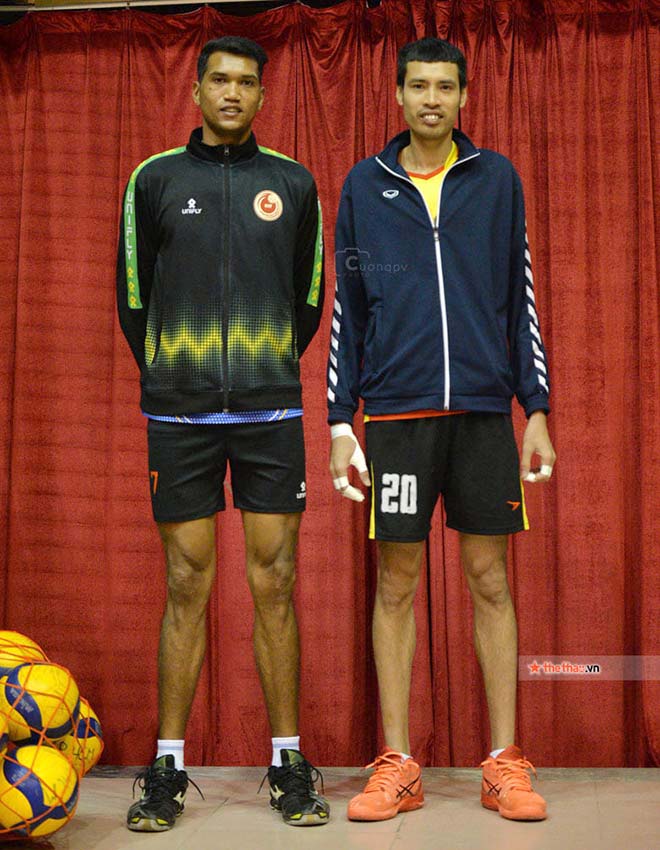 With a height of 2m, a momentum of up to 3m35, a range of 3m30 and very fast progress in training, the Cham ethnic athlete is expected to be a powerful attack point of Ho Chi Minh City in the future.

2 years younger than Cu Van Hoan, Huynh Ngoc Bao Khang has also reached a height of 2m with a momentum of 3m30 and bounced at 3m25. In particular, the male athlete of Lavie Long An has an extremely ideal body with a weight of 102 kg. 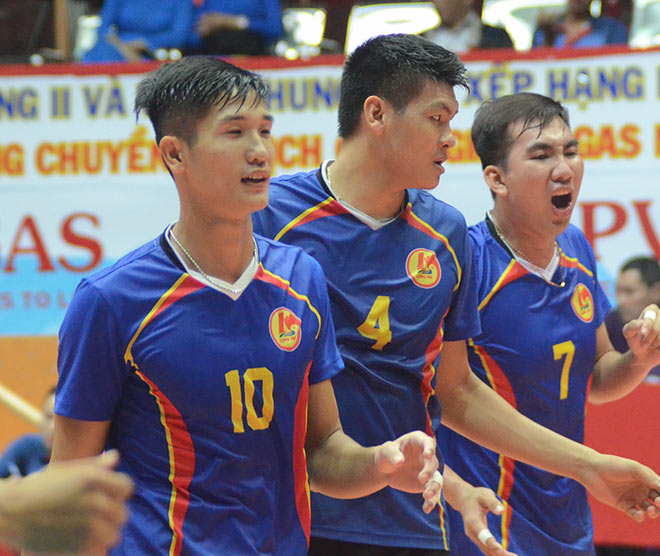 Huynh Ngoc Bao Khang (No. 4) has the ideal height and weight

As an athlete who has been with the Long An volleyball team since a young age, Bao Khang is expected to become the leader in bringing the Western team to new heights in the near future.

Only at the age of 20, The Cong’s male athlete is already 2m tall with impressive secondary indicators such as 3m50 momentum and 3m40 block. Even according to experts, Thanh Tung will be even higher as well as increase other indicators in the future.

This helps the athlete born in 2001 to be considered as one of the brightest young talents of Vietnamese volleyball.

Talking about the highest volleyball player in Vietnam at the moment, no one can compare with Nguyen Duy Khanh, a 19-year-old young talent of Vinh Long volleyball. 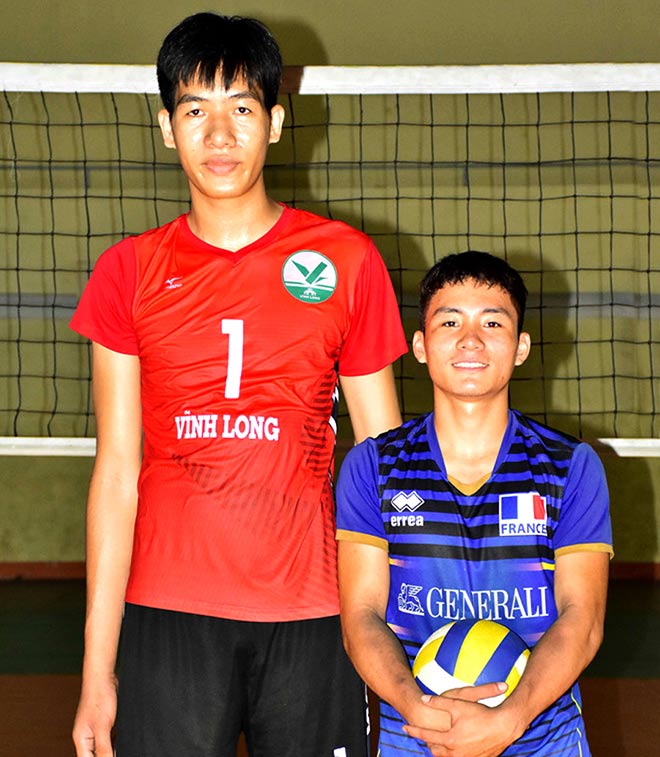 Although born in 2002, Duy Khanh is now 2m10 tall, a record in the country’s volleyball village. However, due to his inexperience, Duy Khanh only has the momentum of 3m35 and the blows are not powerful enough. In return, Duy Khanh has a 3m35 barrier, a big advantage when clinging to the net.

This 19-year-old assistant is still playing for the youth team but was not registered by the Vinh Long Lottery at the last 2021 National Championship. Fans are still expecting Duy Khanh to quickly grow up to compete with other “garden cranes” seniors at the national tournament. 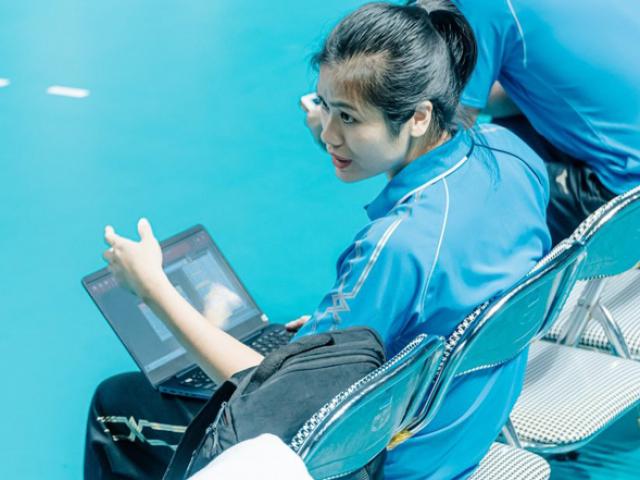