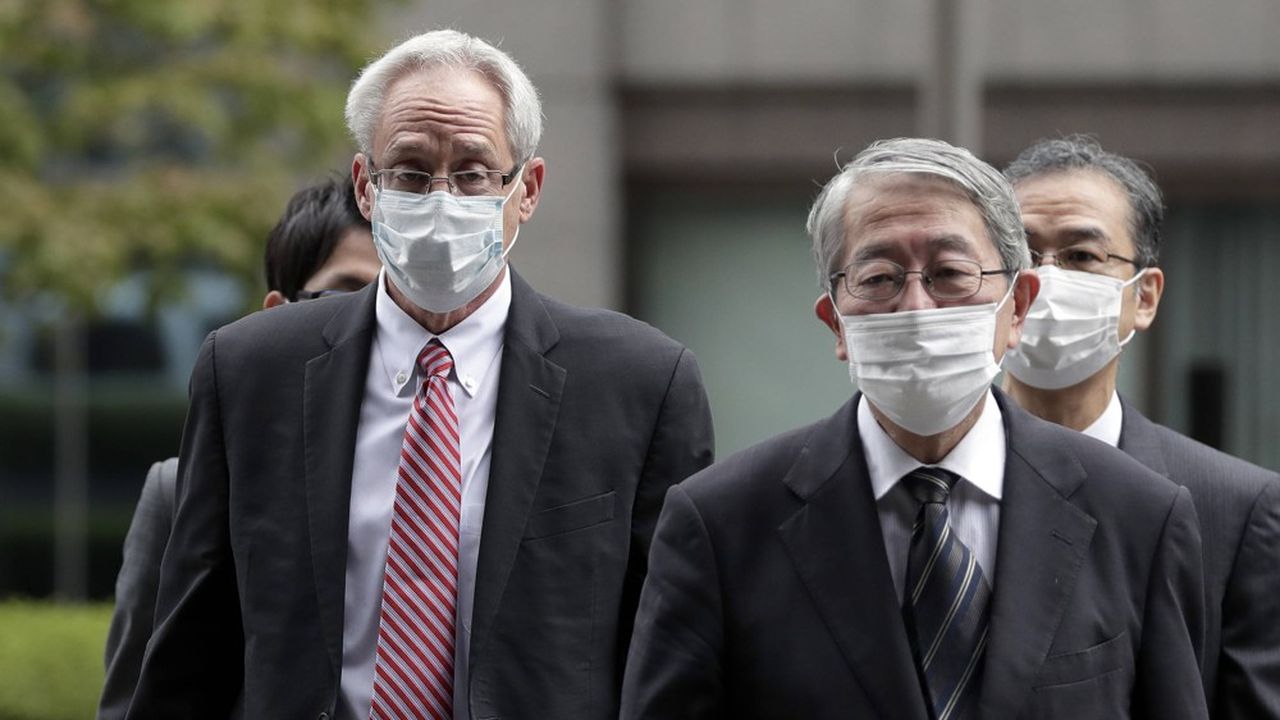 At the end of their indictment in Tokyo court on Wednesday, prosecutors requested a two-year prison sentence against Greg Kelly, the former Nissan lawyer arrested on November 19, 2018, in the minutes that followed the arrest of Carlos Ghosn. The prosecution accuses the American citizen of having violated a Japanese law on the transparency of financial exchanges by developing a deferred payment system which could have enabled, according to the prosecution, the president of the Renault-Nissan-Mitsubishi alliance, to hide part of his income in Japan.

Accused of having also violated this law, by not accounting exactly for the sums spent on the remuneration of its president, the Japanese manufacturer could be fined as a legal entity of 200 million yen (1, 55 million euros).

If the group pleaded guilty in this case, Greg Kelly, who has been living in Tokyo on bail since his release from Kosuge prison at the end of December 2018, has always defended his innocence and assured that he had never personally validated Carlos Ghosn’s “hijacked remuneration”, as prosecutors argue. His defense ensures that he simply worked on the development of a legal assembly which should allow better remunerating Carlos Ghosn so that he does not leave Nissan for a competing manufacturer.

During the trial which began in September 2020, prosecutors sought to demonstrate that Carlos Ghosn, Greg Kelly and two other lawyers – not charged – had planned, between the fiscal years 2010 and 2017, to divide the income of the former President of the two-part Alliance. One, paid regularly and publicly declared in official documents, and the other, of a similar amount, kept secret in documents internal to the management of the company and not communicated in the declarations submitted to the Japanese stock exchange authorities. Sums totaling 9.1 billion yen (72 million euros) that the former leader would have, according to investigators, been able to recover when he left the group. Arrested before this deadline, Carlos Ghosn has never received these sums and they have never been disbursed by Nissan.

The leader, who had also been indicted for these facts as well as other aspects relating to financial embezzlement, has always claimed his innocence. On the run in Lebanon since the end of 2019 after his spectacular escape, he will never be tried in Japan in these various cases.

Towards a suspended prison sentence

Greg Kelly, who has never been able to return to the United States since the end of 2018, hopes that the court will deliver its verdict in the first months of 2022. Pointing to the “lightness” of the required sentence – the American lawyer risked, on the paper, up to fifteen years in prison – analysts believe that the court could, in the end, pronounce a suspended prison sentence.

The prosecution would thus obtain a conviction in this extremely sensitive case which has focused the attention of foreign media on the Japanese judicial system. And the defendant, now 65, could return home whether or not he decides to appeal his conviction.