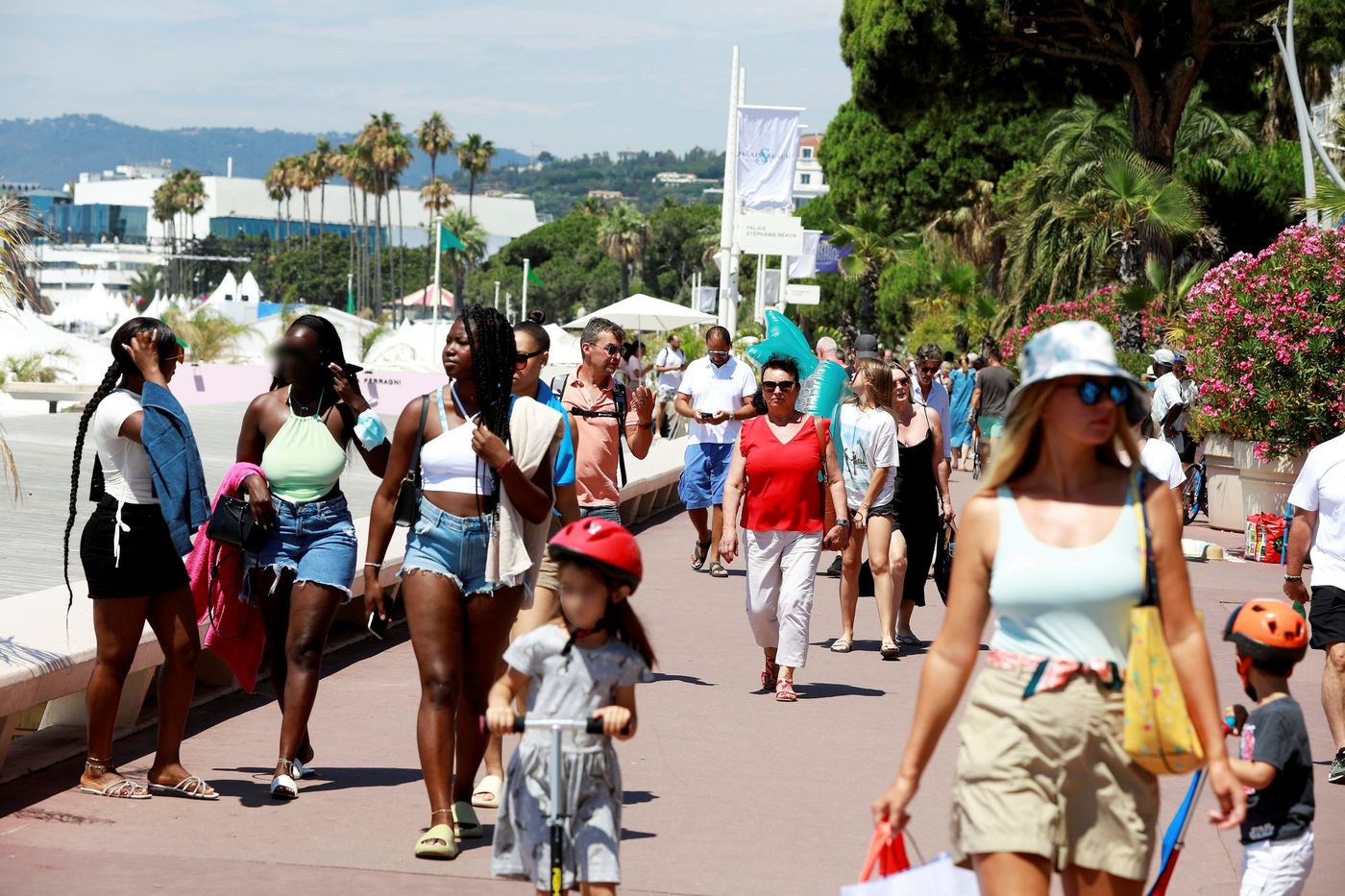 A Cannes Film Festival in July is as incongruous as a Tour de France in the middle of winter. The French are on vacation, their heads elsewhere after a long period of confinement. On the Croisette, tuxedos and evening gowns meet the swimsuits and multicolored buoys of vacationers returning from the beach. The glamor of “the world’s biggest international festival” took a serious hit. Especially since, stuck between the Euro football – the projection of Tre pianithe evening of the Italy-England final was, it seems, a heartbreaking for Nanni Moretti – and the Festival d’Avignon, the event struggled to make its way through the media all occupied by the news epidemic alert.

The Covid, which prevented the expected arrival of Léa Seydoux, who tested positive, will have been at the heart of the only “controversy” of this 74e edition is to say if times change. A video posted on social networks showing the spectators of the large Lumière theater, mainly without a mask, was enough to instruct the trial of the organizers suspected of not enforcing barrier gestures and the cinema community of believing themselves above the law. In their defense, and if so there were a few holdouts in the screening rooms, a message from Pierre Lescure broadcast before each film recalled the rules in force.

A commitment to the climate

Not enough to spoil the party, which Thierry Frémaux wanted as that of reunion with the cinema although the rooms, far from filling up, showed a lower attendance than usual. Frustrated at having had to cancel the 2020 edition, the general delegate has multiplied events, sections and previews, offering a competition far too bloated not to be unequal. An edition that he wanted to place under the sign of environmental commitment.

As compensation for the parade of large sedans that continue to crisscross the Croisette, a contribution of € 20 was requested from each festival-goer to finance six environmental projects, an appeal was launched to encourage the cinema to act to “fight against the climate change ”, and an“ ephemeral ”section presented documentaries raising awareness of these issues such as Bigger than us, signed by Flore Vasseur, a former collaborator of The cross, or the new documentary by Cyril Dion, Animal. The uncertain weather at the beginning of July reminded us of the urgency. A few drops of rain even fell, just to give festival-goers the illusion of being a little bit in the month of May …