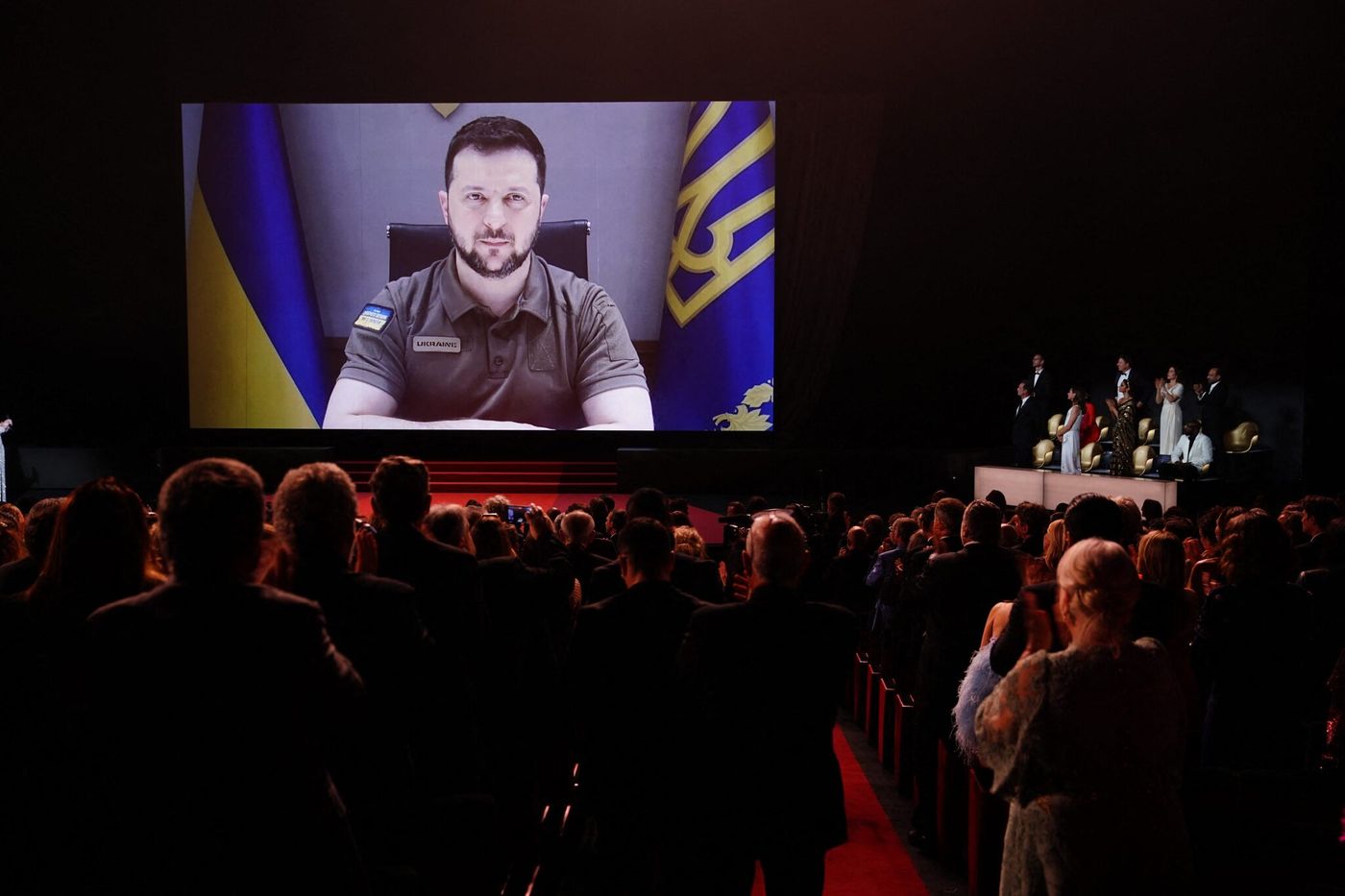 In the 36th minute of the opening ceremony of the 75th Cannes Film Festival, on the biggest screen in the world appeared the image of Ukrainian President Volodymyr Zelensky. Surprised image, weighed down with an unusual gravity in the middle of a film festival, in the middle of evening clothes. Now iconic image of a threatened president, contemporary incarnation of resistance, in khaki T-shirt, combatant’s beard, clear verb, voice of conscience and reminder of reality. In a long static shot, the former comic actor, transformed into an unexpected warlord, greeted by the standing room, delivered a speech with Camusian accents on the capital importance of cinema in pointing out and denouncing the crimes of dictators, like Chaplin did it against Hitler, as early as 1940.

Ukraine is everywhere. While the Cannes Film Festival reconnects with its rites – effervescence in the streets, procession of onlookers approaching the Palace and leaving the palaces, queues for screenings and reinforced controls – the specter of war at the end of Europe hangs over the Croisette where the official Russian delegations have been banned by the organizers. The opening film by Michel Hazanavicius, Z like Zinvoluntarily connoted with the seal of the aggressor, has changed its title: Cut!. The selection of the new film by Kirill Serebrennikov, a Russian filmmaker, sentenced in his country with a ban on filming, in exile in Berlin, is disputed, because of its financing by the Russian oligarch Roman Abramovich, close to Putin. Thursday’s presentation of Mariupol 2, the will of the Lithuanian Mantas Kvedaravicius, killed at the beginning of April by the Russian army, edited by his companion from his rushes, will resonate like the funeral testimony, which he paid with his life, of the martyrdom of the port city. This will be followed by the long-awaited documentary by Ukrainian filmmaker Sergei Loznitsa, The Natural History of Destruction.

Ukraine is everywhere. It lurks in minds.