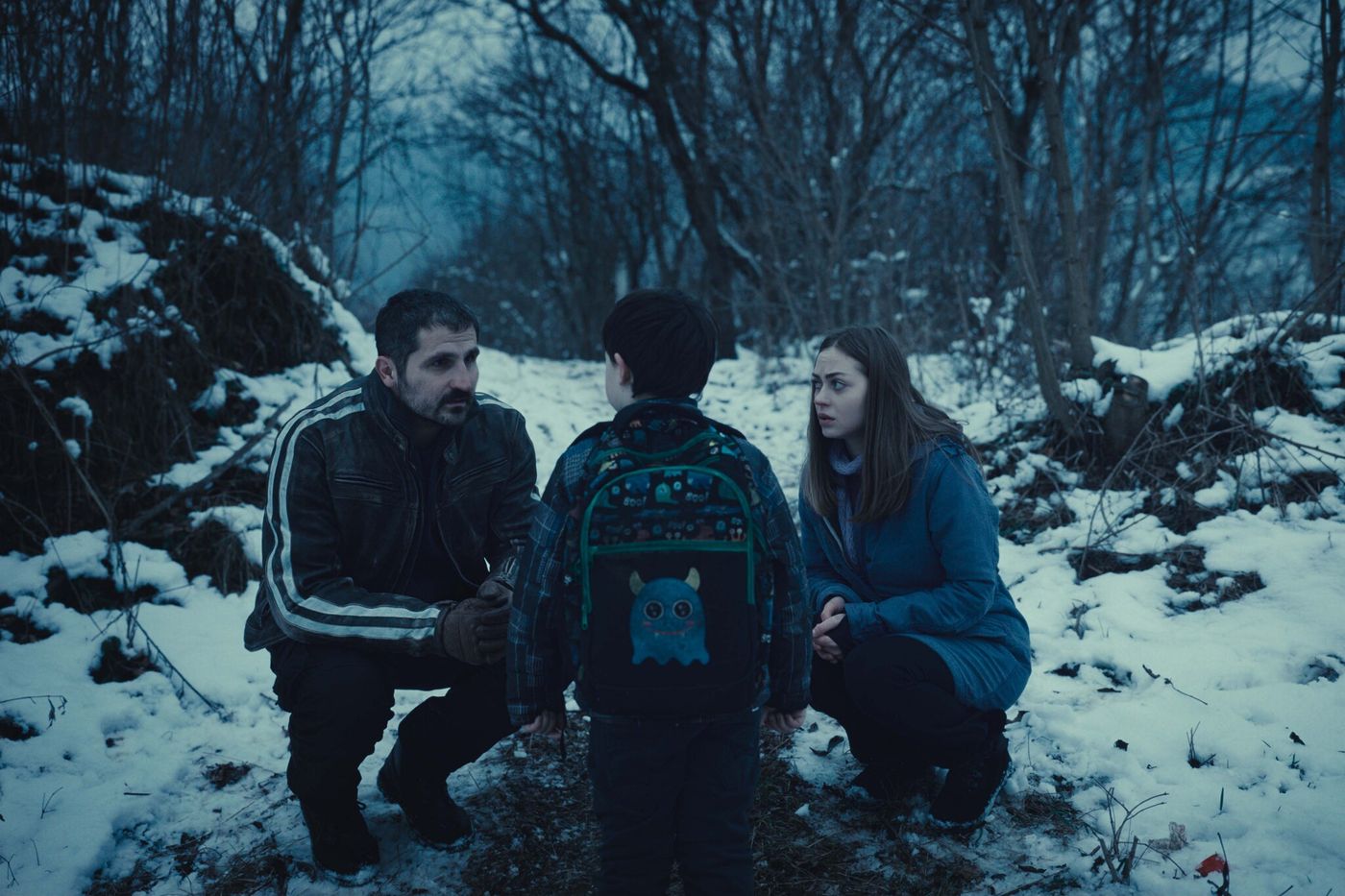 The Nights of Mashhad *

Each passage of Cristian Mungiu on the Croisette marked the festival. Since the Palme d’Or won on his first selection in 2007 for 4 months, 3 weeks, 2 days, followed by the script awards in 2012 for Beyond the hills and staging in 2016 for Baccalaureatethe filmmaker, follower of an unadorned social realism, has no equal in anchoring his moral fables in the reality of Romania today in order to better probe the depths of human nature.

That’s what he does once more in the masterful NMR, presented on Saturday evening in competition at Cannes. As its title indicates (RMN is the equivalent of IRM in French), the film passes through the spectrometer of its cinema the individual and collective fears which agitate Europe today. And traces its genealogy by situating its story in a village in Transylvania where globalization and ancestral traditions collide.

A village where different communities live side by side

This is where Matthias, an assembly line worker in a German slaughterhouse, returns after a violent altercation with his foreman, who called him a “gypsy”. He finds there a reality that he had no doubt applied himself to flee: a marriage that is falling apart, a son who is mute since he was confronted with a vision of horror in the forest, a father in poor health. declining and a former mistress, Csilla, who has become the director of a local industrial bakery, with whom he hastens to resume a relationship. A gruff and rough-hewn giant, Matthias tries to get closer to his son and wants to help him overcome his fear by teaching him what we have always learned in these mountainous and hostile regions: to survive by following his primary instincts.

To this first motif, the common thread of the film, is added a second. That of the arrival in the village of three Sri Lankan workers recruited by the company where Csilla works. Indispensable, to compensate for the lack of local manpower, left to work in the West where the wages are better. Against the backdrop of the end-of-year celebrations, with their centuries-old rituals, their presence will stir up the spirits and awaken community tensions in this village where Romanians, the Hungarian minority and German descendants have always rubbed shoulders, each continuing to speak in their own tongue. They culminate in an incredible scene of a village meeting where speech is released in a concentrate of all current issues: intolerance, racism, nationalist awakening, split between East and West, absurdity of European policies, etc.

A film more nervous and tense than usual

The process could seem simply demonstrative if Cristian Mungiu were not going to dig very far to find the primitive origin of these fears. In the imagination specific to this region, marked by invasions of all kinds and where the wild beasts (bears and wolves) that roam around have always posed a threat. He sublimely films the timeless beauty of this nature, the autumnal forests and the frozen lakes, whose pollution left by the intensive exploitation of its resources appears as wounds. And it is in these motifs repeated throughout the story, until a hallucinatory final scene, that his film, more nervous and tense than usual, takes on its full scope and confirms the talent of a great filmmaker.

We also expected a lot from Ali Abbasi, Danish director of Iranian origin, for his first selection in competition. With Border, grand prize in the “Un certain regard” section in 2018, the filmmaker had signed a fascinating fantastic tale which explored, through the figure of monsters, the question of identity and the fine line between humanity and animality. It is once again to the genre that he confronts himself with Nights of Mashhad.

Inspired by a real news story from 2001, it stages the hunt and trial of a serial killer who murders prostitutes to “cleanse” this holy Iranian city of moral corruption. A kind of “jihad against vice”, summarizes the journalist who, faced with the passivity of the authorities, decides to flush him out. But the clinical coldness with which the director conducts the story ends up making people uncomfortable, and while wanting to be a charge against the hypocrisy of the mullahs’ regime, the film, which is aesthetically similar to the many whodunnits currently in vogue , never achieves the symbolic force that had so seduced in Border.

The program of the day, mid-competition

► David Cronenberg enters the running this monday with Crimes of the Future. It has been eight years since the 79-year-old Canadian director last shot a film.

► Korean director Park Chan-wook also absent from the screens since Miss in 2016, will present a thriller there, Decision to Leave.

► Out of competition, the documentary The Natural History of Destructionby Ukrainian director Sergei Loznitsa, is eagerly awaited, as is Rachid Bouchareb’s version of the Oussekine affair in his film, Our brothers.

► At the Directors’ Fortnight, Annie Ernaux adds a chapter in images to her literary work with The Super 8 Years, co-directed with his son from home movies.