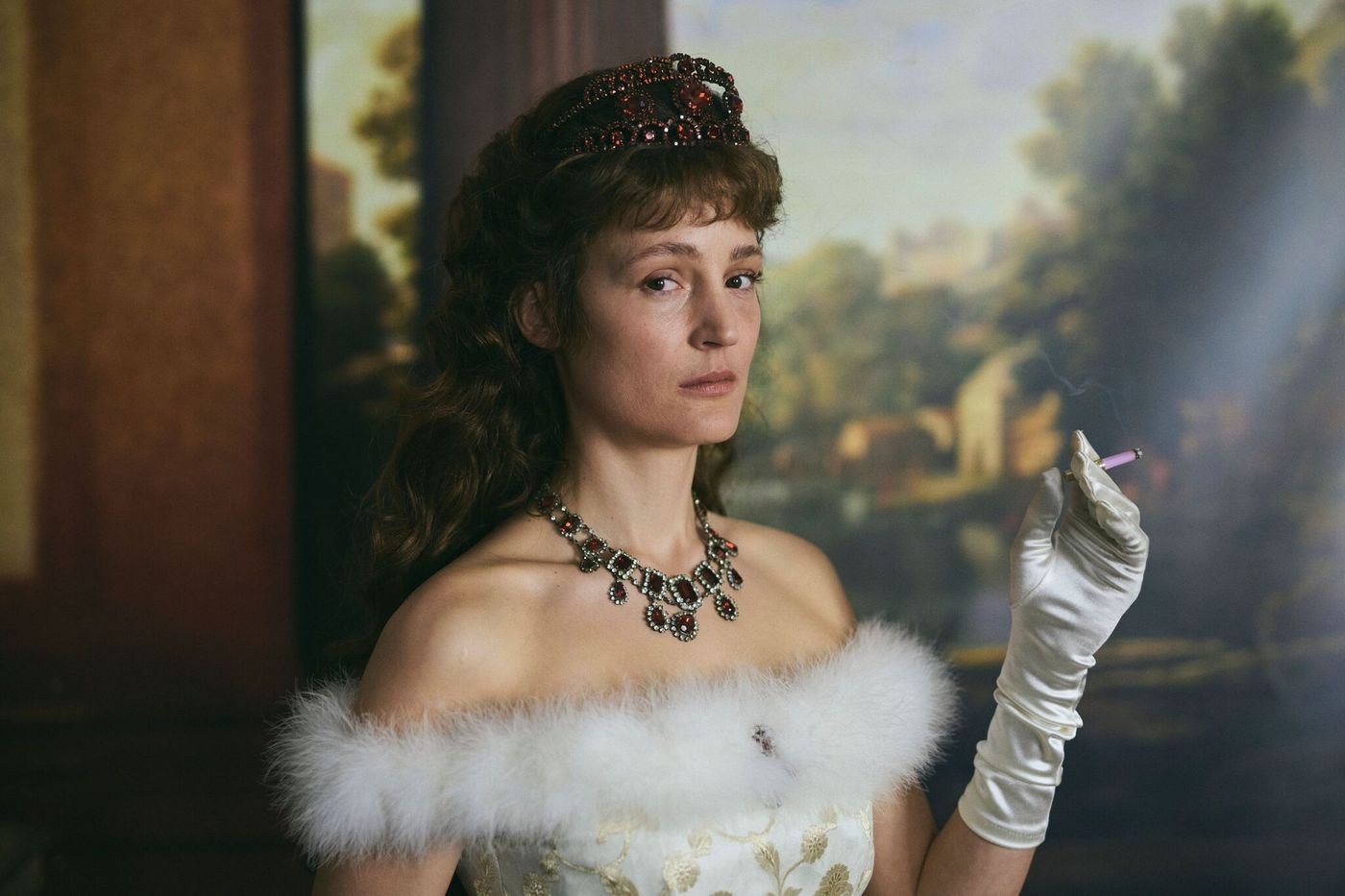 Sissi, to whom Romy Schneider has lent her face twice, has become a cinema character in her own right, so much does she merge forever, in the minds of the public, with the features of the most French of Austrian actresses. Whether he has the features of the young and candid Bavarian princess frolicking in the mountain pastures of the bluettes of Ernst Marischka, or those, more serious and tormented, of the Empress of Austria finding comfort with her cousin Ludwig II in the Ludwig by Luchino Visconti.

→ CRITICAL. At the Cinémathèque française, Romy Schneider faces her destiny

It is also said that if Romy Schneider has, fifteen years later and at the request of the Italian maestro, agreed to put on the costume again, it is to better end a role that had stuck with her for so long. .

A Sissi with contemporary and feminist accents

It therefore took an Austrian to dare to attack, some fifty years later, the myth, and give a third version of the portrait of this woman – and above all a new face, that of the Luxembourger Vicky Krieps. With Bodicepresented on Friday May 20 in the “Un certain regard” section of the 2022 Cannes Film Festival, director Marie Kreutzer granted herself all the freedoms, historical and cinematographic.

And his actress bursts the screen. This “Sissi” with contemporary and feminist accents – to music by Camille Dalmais – has just celebrated her 40th birthday and is literally suffocating under the weight of convention, in a corset that is too tight for the mature woman she has become. She flees more and more frequently from Vienna and its twilight palace, the beginnings of a declining empire, without finding a remedy for her melancholy. And only the cinematograph, any new invention she discovers in England, manages to capture her true nature.

The cinema as a revealer of souls, and we come back once again to Romy Schneider. The documentary (Romy, free woman by Lucie Cariès and Clémentine Deroudille), screened on the Croisette on Wednesday as part of Cannes Classics – and this Friday, May 20 on France 3 – shows how much the actress fought to free herself from the shackles that we wanted her to impose on her too, without ever finding complete satisfaction in her profession. His tormented personality was then reflected on the screen, especially in his last major roles. And in a certain way, Vicky Krieps, by reinterpreting the Sissi of her beginnings, pays her a magnificent indirect homage.