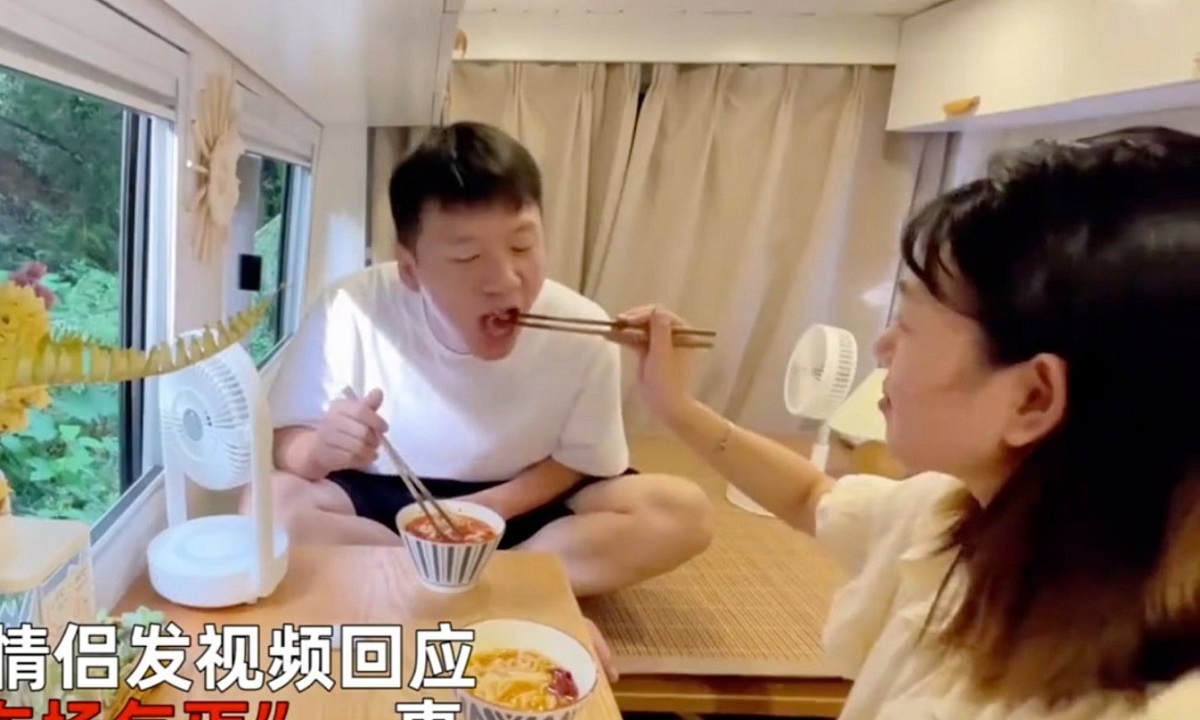 ChinaZhang Xi and his girlfriend Hu Anyuan decided to convert the van into a house, to save money, and to be close to work.

Since living in the car, the Shenzhen couple’s story has spread throughout China. Many social media users nicknamed the couple “beggars”. In a news release on September 3, Zhang and Hu said they are very satisfied with their choice and do not care about negative comments.

Last July, the couple moved from Wuhan to Shenzhen for work. But after a few months, they no longer want to live in high-priced rental apartments, far away from work.

The space in the van is limited, it is necessary to put a bed, a table, a wardrobe and install electrical equipment. In the car, the two daily cook, do laundry, read books, watch movies and sleep.

They park near where they both work to save travel time. On weekends, the lovers drive from downtown Shenzhen to the countryside to see the sights. Zhang said they can save 50,000 yuan (169 million dong) a year thanks to this lifestyle.

Despite the lack of electricity, water and poor soundproofing, they do not complain about their current life. The two adopted and used the nickname “beggar in the parking lot” that some people on social networks called themselves. Although many people criticized, there were still people who praised the bravery of the young couple, in daring to live the life they expected.

In China, Covid-19 has changed the consumption habits of many people towards more savings. Living in an RV (mobile garage) is a trend among them.

Statistics from China’s online video platform, the two keywords RV and RV travel have been viewed a total of 20 billion times. The total number of RVs (Recreational Vehicles) registered in 2020 in China is nearly 16,000 units, an increase of 28% compared to the previous year, many times higher than the country’s economic growth rate last year. there.

Besides the obvious benefits such as flexibility, no rent, many people are disillusioned when they cannot save as expected, and have to live in a cramped and dangerous place.