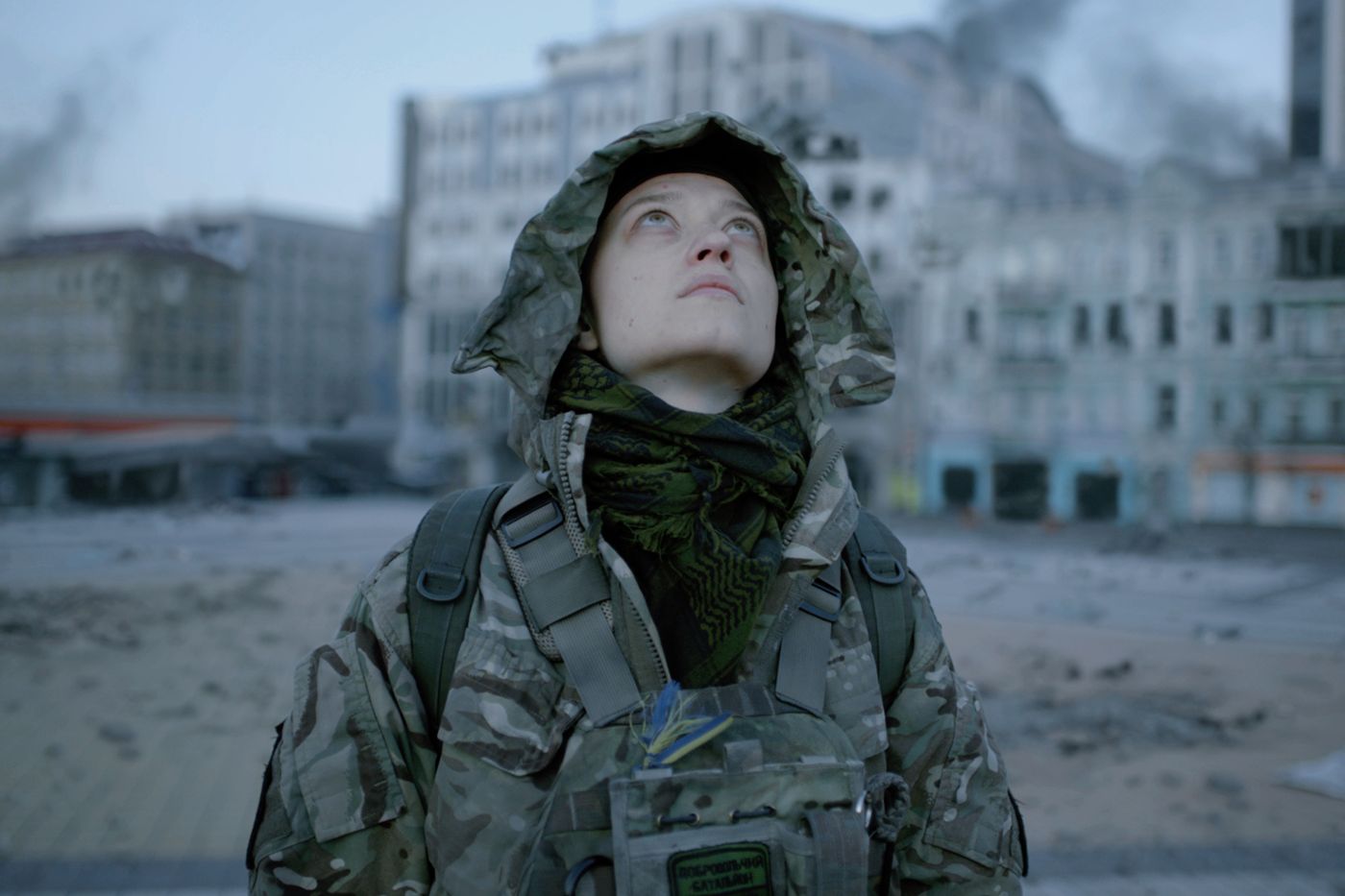 These last few years have seen the emergence of a whole generation of young Ukrainian filmmakers whose war, a reality experienced on their territory since 2014, is an inexhaustible source of inspiration, as it has upset the daily lives of many families. Maksim Nakonechnyi, of whom this is the first film, was inspired by testimonies of volunteer fighters returning from Donbass and a documentary devoted to them, to imagine the character of Lilia.

“One of them said that she had made a deal with her fellow fighters: they had to kill her rather than let her be taken prisoner by the enemy, explains the director. It made me think about what awaits a female soldier when captured by the enemy and how it could be worse than death. »

A specialist in aerial reconnaissance, her heroine, who spent two months in the hands of the separatists, returns to her home in kyiv thanks to an exchange of prisoners. But, beyond the triumphant welcome reserved for heroes returning from the front, Lilia finds it difficult to resume the course of a normal life. The trauma of her captivity, of which she will say nothing, manifests itself through dreams and visions and gradually takes her away from those around her, starting with her husband, married at the front, and who was part of the same volunteer squad. Especially since she carries within her a wound that is difficult to heal.

A film twice rewarded at the Saint-Jean-de-Luz Festival

Shot before the invasion of his country by Russia, the film selected at the Cannes Film Festival in the “Un certain regard” section takes on particular importance in the context of the exactions and war crimes of which the Ukrainian population is the victim. Seizing on the subject of post-traumatic stress disorder, the director has the intelligence to translate it through dreamlike sequences of great beauty where Lilia is embodied in a butterfly – her fighter nickname. Just as the memory of her captivity comes back in flashes in the form of blurred images, like that of the drones she was responsible for piloting.

Above all, Maksim Nakonechnyi avoids nothing of the generalized violence that surrounds the conflict and has taken hold of society as a whole, with its nationalist crucible with racist overtones, its patriotic propaganda but also the hostility of part of the population. towards veterans returning from the front. It is seen through the multiple screens that support it: those of drones, television or social networks that stir up hatred. An interesting idea of ​​staging which carries the film just like its main interpreter, Rita Burkovska, both rewarded this weekend, during the Festival of Saint-Jean-de-Luz.