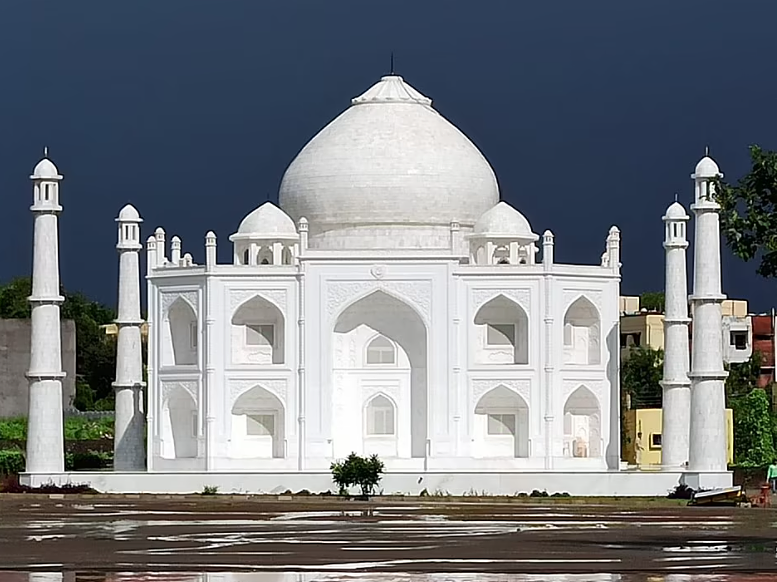 Like the prototype, the house has 8.8-meter-high towers and domes. The floor and facade are made of Makrana marble, the same material used in the Taj Mahal.

The Choukseys’ house is one-third the size of the original, and includes four bedrooms, a hall, a library and a shrine room. To make the house more like the original, the owner also arranged the lighting system both inside and out so that the building looks like it’s lit up in the middle of the night.

“I wanted to build a unique house in this small town. I wanted to create something that’s been talked about forever,” said Chouksey, a former engineer and now a teacher.

Chouksey and his wife have been married since the age of 20 and have two children. The family has now moved to a new house.

The Taj Mahal is located in the city of Agra, about 230 km from the capital New Delhi, built between 1632 and 1953 by order of the Mughal Emperor Shah Jahan to serve as a mausoleum for his wife Mumtaz Mahal.

UNESCO recognized the Taj Mahal as a World Heritage Site in 1983.