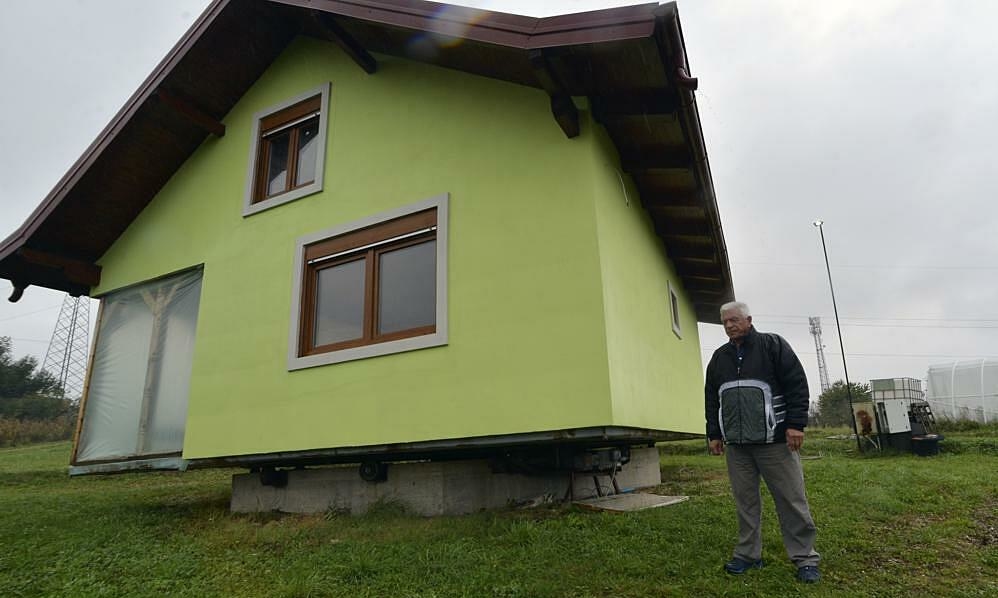 The house, located in the northern Bosnian town of Srbac, has a green facade and red metal roof. The designer and builder of the house, Mr. Vojin Kusic, said that after his children took over the family business, he had time to fulfill his promise to his wife. Ms. Ljubica once wished “to be able to change the view location of the rooms in the house at any time”.

Many years ago when they were married, Mr. Kusic once built a house. At that time, Mrs. Ljubica wanted the bedroom to face the sunrise, but this meant that the living room had its back to the street. After a while, Ms. Ljubica kept complaining about “can’t see people in the front yard” causing her husband to fix things up.

“I had to tear down the wall between the two bedrooms to turn them into a living room, move all the electrical circuits. It was very difficult and took a long time, but I did what she wanted.” , Mr. Kusic said.

Six years ago, a son moved to live on the top floor of the house, and he and his wife lived on the ground floor. “Again, this time on the ground floor, I demolished some walls. Then, without waiting for her to change her mind again, I decided to build a new house that could rotate,” he said. know.

Mr. Kusic, who never attended college, designed and built the house that can rotate on its own, using the electric motor and wheels of an old military truck. The slowest rotation speed of the house is 24 hours for a 360-degree turn, and the fastest is 22 seconds.

“Our front door is now swingable, so if my wife spots unwanted guests coming towards the house, she can turn the house away,” the man said. joke.

According to Mr. Kusic, the house is more earthquake resistant than other permanent houses. This work was completed after 6 years, except for the time Mr. Kusic was treated for heart disease.