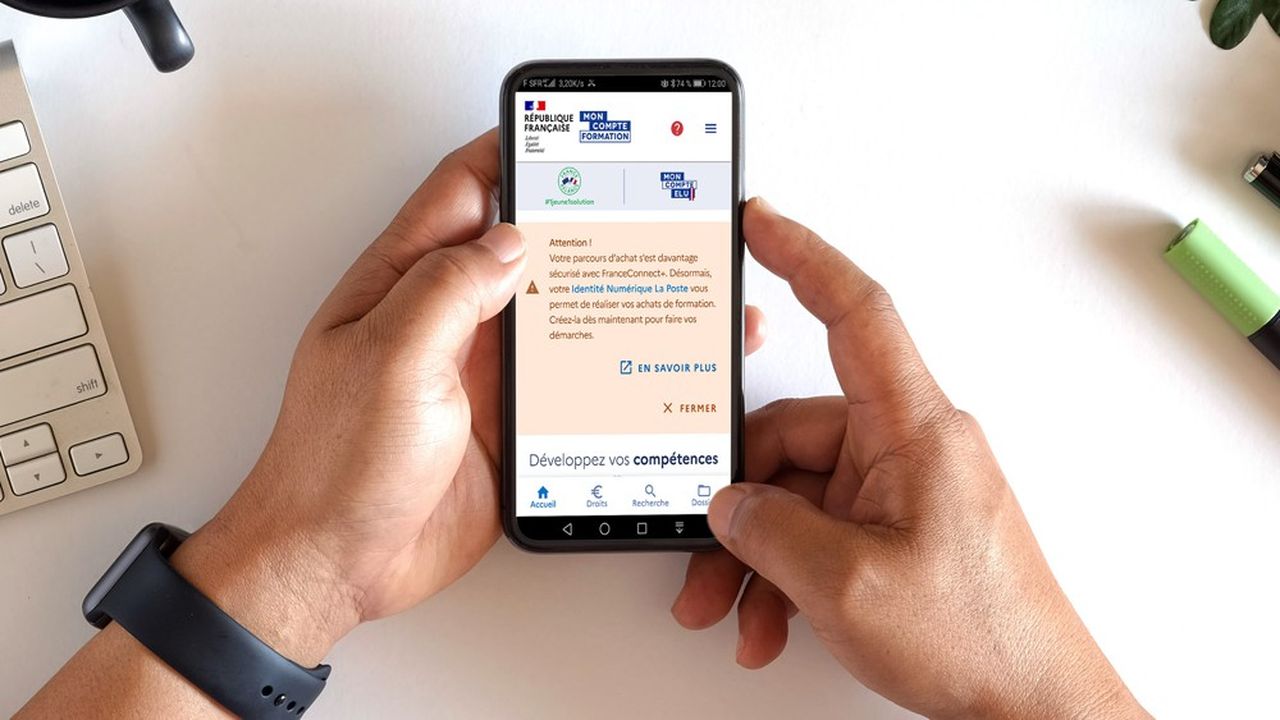 The board of directors of France competences, the national governance body for continuing education and learning, is meeting this Thursday with a distinguished guest, in the person of Carole Grandjean, the minister delegate in charge of these files. The nature of his intervention has not been specified, but one thing is certain: the administrators must face a deficit that is increasingly difficult to curb, due in particular to the surge in expenditure linked to the personal training account ( CFP).

In the draft provisional budget for 2023 to which “Les Echos” had access, an allocation of 2.37 billion euros under the CPF is proposed, i.e. 385 million less compared to 2022. This reduction would mark the first slowdown since 2020, but should be taken with caution, with initial estimates being largely sunk each year.

“This objective is quite credible,” nevertheless believes Michel Yahiel, director of social policies at Caisse des dépôts, which manages the CPF. On the one hand there is an undeniable appetite of the French for training, on the other a series of measures supposed to contain expenditure, to the tune of around 1 billion, even if it is difficult to distinguish things between each of them.

This first involves cleaning up eligible training, 10,000 service providers having been deregistered out of the 25,000 who registered on the CPF. The cleanup particularly concerned training linked to the creation of businesses, a source of much abuse. Voted by Parliament, the law prohibiting door-to-door sales reinforces the control of the seriousness of service providers. Without forgetting, the thirty complaints for fraud which begin to lead. “The blast effect is very clear”, maintains Michel Yahiel.

To all these measures is added another which is debating: the obligation since October 25 for the holder to go through FranceConnect + before being able to use his CPF. Quite cumbersome to handle, this procedure secures transactions but it is also suspected of curbing expenses.

“The barrier is a little more complex so inevitably it can put off, even if at this stage we have not seen any collapse”, testifies the director of the Adomlingua language training center, Olivier Haquet. General delegate of the Actors of competence, the main federation of the sector, Claire Khecha draws up a darker observation. Without denying the need to fight against fraud, it reports 30% to 40% less training purchases.

A remaining charge or moderating ticket

Since October 25, purchases have dropped by 30%, recognizes the Fund, but this is also due to the holidays that followed. You have to wait for normal weeks to see more clearly. “We reinforced the armor of the vehicle so it inevitably drives more slowly. My prognosis is that it will return to normal, ”assures Michel Yahiel who refutes that FranceConnect + was chosen to curb the use of the CPF. “There are other ways to do that,” he adds.

The government has one under the elbow: the establishment of a remaining charge or co-payment. Clearly, that the user pays part of his pocket. With a remaining charge of 20% to 30%, the measure could curb spending by up to 800 million euros according to the figures that are circulating.

“We must empower without discouraging”

Olivier Haquet applauds this prospect on condition that a significant but not dissuasive rate is set. “We must empower without discouraging,” he says, pointing the finger at people who register for training but do not come or give up along the way.

The Federation of Skills Actors is much less active. Beyond the fight against abuse, the sustainability of the financing of the CPF goes first through the mechanisms of contributions by companies in particular, she defends. For the latter, if there is a remaining charge, then it must be limited to 10%, and not apply to the unemployed or to workers and employees.