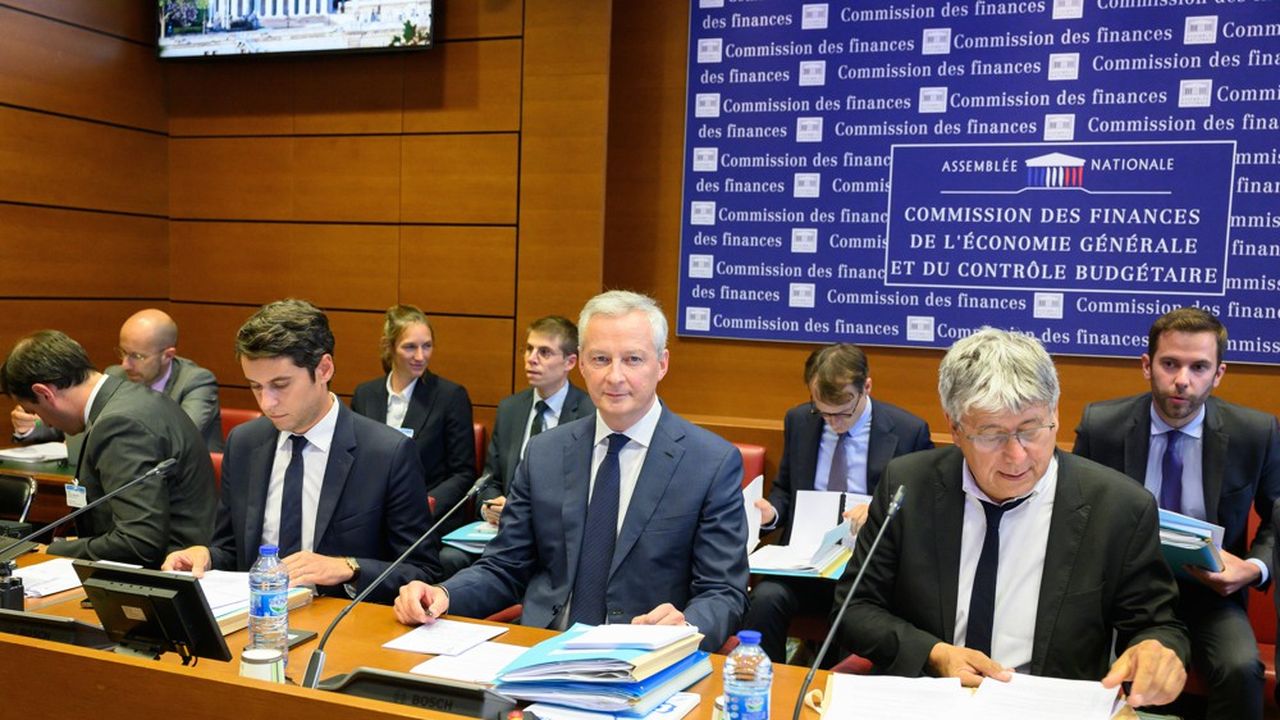 Usually, it is customary to speak of a budget marathon to designate the long weeks of parliamentary examination of the finance bill in the fall. But are we going to switch to a middle distance event, or even a sprint? The 2023 budget must be examined from Monday in plenary session of the National Assembly, but the government is already wondering whether article 49.3 will not interrupt the debates at the end of the week.

“We want to keep the debate alive for as long as possible. But we will take stock at the end of the week, to see if some do not give in to the will to obstruct or to the refusal of budgetary responsibility, ”explains a member of the government. “This cannot be an endless debate, and a budget is needed,” warned the president of the Renaissance group in the Assembly, Aurore Bergé, on her side on Sunday. “From the moment when all the oppositions have said that they will vote against the budget, whatever is in it, then they are the ones who tell us ‘use 49.3′”, she said. pointed to BFM, before continuing: “It will have to be used early enough if the opposition blocks morning, noon and evening. »

The nerves of the executive have already been put to the test last week, during the passage of the budgetary texts in the finance committee of the National Assembly. First there was the rejection of the public finance programming law by 2027, which risks experiencing the same fate this Monday in the hemicycle. Then the members of the oppositions inflicted several setbacks on the majority on the revenue side of the finance bill (PLF) 2023, imposing a whole series of costly amendments thanks to motley coalitions.

“To be honest, this whole review in committee has been quite confusing. We thought that the oppositions would also succeed in passing the taxation of superprofits or in removing the reduction in production taxes, but that was not the case. There is no longer a clear political line anywhere,” summarizes a member of the executive. In the end, the revenue component of the PLF was indeed adopted in committee, but only because of the absence of many LR and RN deputies at the time of the vote, which is not enough to reassure the executive for the future.

The counters are reset in open session, but the result should not be much different. “The debates will be agitated and not very serene, everyone will want to mark their positions”, warns Marie-Christine Dalloz, elected representative of the Jura and member of the LR delegation in the finance committee, who already warns that she will vote against the PLF.

In this context, everyone will want, oppositions and majority, to refer to the other the responsibility of having to resort to 49.3. If in the government, we assure “that there is still enough to leave room and a chance for debate”, according to the entourage of the Minister for Relations with Parliament Franck Riester, this does not prevent from already pointing out the responsibilities oppositions. In particular in the inflation of amendments tabled for the debate in session (3,339 against around 2,000 last year). With, in the lead, the LR group and nearly 1,200 amendments. Then come the 3 Nupes groups, with 800 amendments (including 172 only for LFI) and the majority, with 700 amendments.

“This budget can be neither that of obstruction nor that of mismanagement,” warns an adviser to the executive, while the amendments adopted in committee could theoretically increase the deficit by several billion.

On the government side, the idea would be to be able to examine the first five articles of this first part of the PLF, before the triggering of 49.3. This would also have the advantage of giving political visibility to the transposition of the European mechanism aimed at capping electricity prices at 180 euros per megawatt hour and taxing the production of hydrocarbons and refineries in France – the executive filed two amendments, the first tool having to bring back 5 to 7 billion to the public accounts.

This would also show that the debate on superprofits has taken place, as well as that on the reduction in production taxes (the CVAE) over two years. “You still have to go fast enough, warns a heavyweight of the majority, not to take the risk of losing on very important elements on which we have to come back in 49.3, which is always politically delicate. »