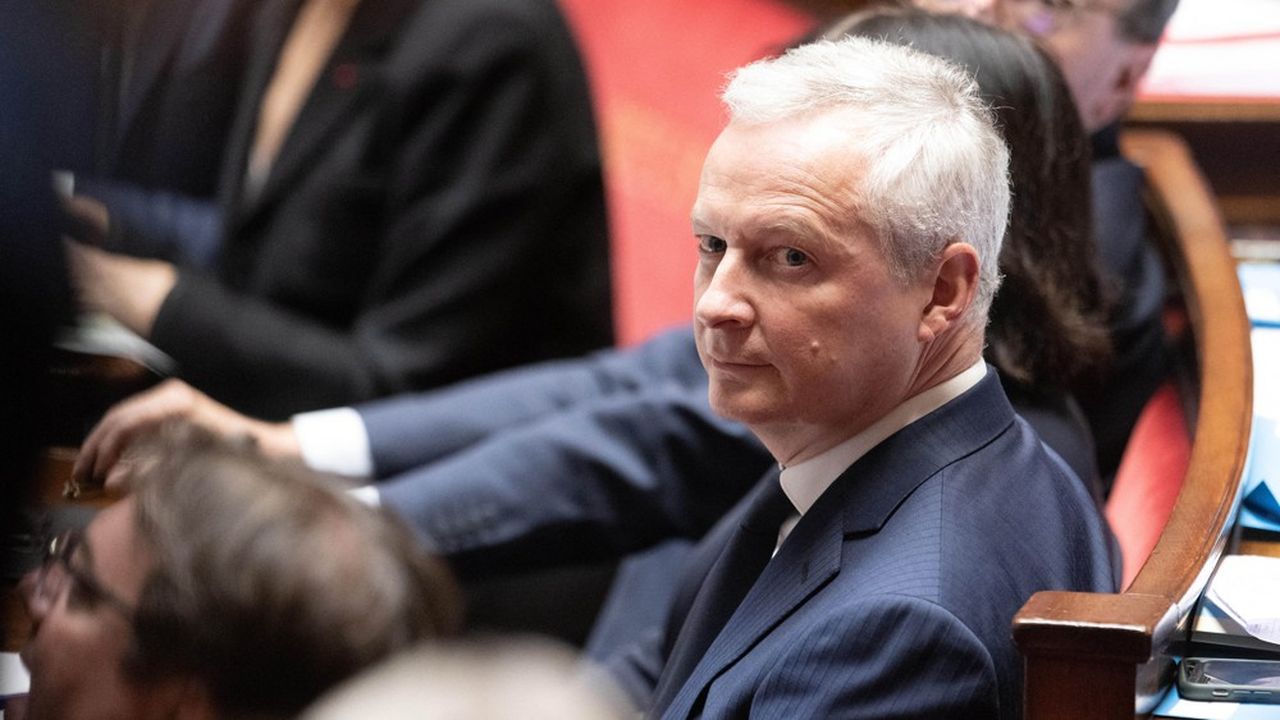 The debate had not started for 15 minutes when Bruno Le Maire felt obliged to clarify: “We will take all the time necessary to examine this budget. But isn’t this already a waste of time for the very literary Minister of the Economy?

While the examination of the finance bill (PLF) for 2023 has just started this Wednesday in the National Assembly, the government and the presidential majority are faced with a form of powerlessness in the face of opposition. What make a little more pressing the use of Article 49.3 of the Constitution for the adoption without a vote of the text. Especially after the green light granted by the Council of Ministers a little earlier in the day “if the situation should require it”, to use the words of the spokesperson for the executive, Olivier Véran.

They are probably a few in the majority, morale in the socks, to say that the situation requires it, after having accumulated setbacks for 24 hours. First there was this public finance programming law 2022-2027, cut to pieces by the opposition after a hectic night on Tuesday evening. In all, 8 articles out of the 26 contained in the text were rejected, rendering it completely inoperative.

The session gave a taste of what awaits the government and the majority for the coming days on the 2023 budget, if ever they were to postpone the use of 49.3. Each digging their own furrows, the oppositions hardly succeeded in having the amendments they proposed adopted. It must be said that it was difficult to bridge the gap between a Nupes crying out for austerity, and the right and the extreme right stigmatizing the drift of public accounts.

On the other hand, all these groups have united to bring down several articles of the programming law. With each time the parliamentary right in a pivotal group likely to tip extremely tight votes. “Clearly, it was LR who took malicious pleasure in planting us”, explains a majority deputy.

“A baroque coalition, which leads nowhere”

In an electric atmosphere, with a hemicycle exceptionally filled with more than 400 deputies in the middle of the night, the relative majority took on the appearance of a besieged citadel. Gabriel Attal, the Minister Delegate for Public Accounts, denounced “a coalition of laissez-faire so that the deficits explode” and “the irresponsibility” of the oppositions, nothing worked: the elected officials LR, LFI, PS, EELV and RN voted together to knock out several provisions of the text, in particular all those devoted to the finances of local authorities, one of the most sensitive subjects of parliamentary debate. “It’s a baroque coalition, which leads nowhere,” denounced Eric Woerth, now a Renaissance deputy.

More surprisingly, LR also voted against the article framing the evolution of the workforce of the State. “For the past few days, LR has been proposing a bureaucratic sobriety plan aimed at reducing the number of civil servants, and yet they voted against this article. Understand who can… “, lamented an elected Renaissance. “Efforts to control expenditure are insufficient, which is why we are voting against”, we justify within the delegation.

The atmosphere had not really changed this Wednesday, this time for the PLF 2023. The first vote on the examination of the text thus concluded with the rejection of the introductory article, the one which sets the public deficit forecasts for next year (-5% of GDP), by 192 votes against 175. “You are in a mirage, an omnipotence, and we have just reminded you that you cannot decide alone”, thundered David Guiraud (LFI) in the hemicycle.

The article thus succeeded in uniting against him a Nupes judging that the government pressed far too hard on the brake on public spending, but also a right and an extreme right alerting against insufficient savings. “We cannot base a policy on illusions and lies,” attacked Jean-Philippe Tanguy (RN).

This “circumstantial majority” – to use the criticism of Jean-René Cazeneuve, the general rapporteur for the Budget (Renaissance) in the Assembly – can it prosper beyond? David Guiraud has in any case reached out to all those who would like to counter the upcoming 49.3 from the government. “I tell the opposition groups: we have the means to make ourselves heard with the motion of censure. The motion of censure is not to overthrow the government, nor to agree with LFI, but to remind that it is the parliamentarians who decide, ”launched the deputy Insoumis.

Faced with this, the government closes ranks. “You have come together Nupes, National Rally, LR, to deprive France of any course. We will take our responsibilities so as not to deprive France of a budget,” warned Gabriel Attal. “No one knows when 49.3 will arrive. It will depend on the (good or bad) dynamics of the debate ”, judges a deputy of the majority.