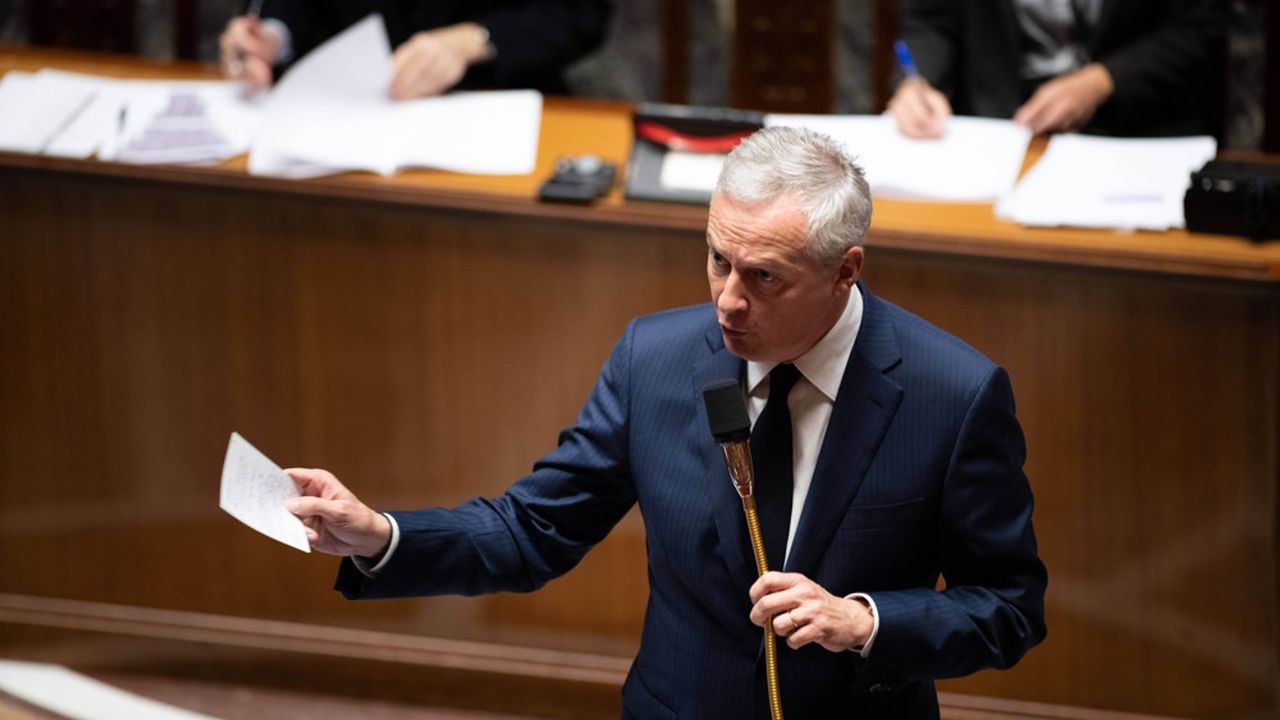 The countdown begins. The government and the majority began on Monday to prepare minds for the final version of the finance bill for 2023 which must be adopted without a vote by article 49.3 of the Constitution – probably this Wednesday – in the middle of a parliamentary battle which has grown even more intense.

For weeks now, the various members of the executive have been taking turns explaining that they want to “continue the debate on the budget for as long as possible”. But everything has an end, as evidenced by the meeting held this Monday at Matignon between the thinking heads of the executive (the Prime Minister, Elisabeth Borne, and the ministers Bruno Le Maire, Gabriel Attal and Franck Riester) and the members of majority in the National Assembly. The objective was to begin to mark out what could be retained among the amendments adopted during the agitated parliamentary debates of the last few days.

“The meeting was not conclusive, it was a matter of work avenues. In the end, the arbitrations should not be made before Wednesday’s lunch between Emmanuel Macron and Elisabeth Borne ”, deciphers a person close to the file. Proof that, relative majority or not, the practice of power has not completely changed on the side of the Elysée.

It was also the thinking heads of the executive who took the decision to extend the 30-cent rebate on fuel until mid-November, without Bercy being closely associated. What cause some friction within the executive, as this very expensive measure (440 million) proves to be contradictory with the speeches of Bruno Le Maire on the risks weighing on public finances.

In any case for the moment, around 90 amendments have been retained as being able to form part of the final text, according to our information. The majority wants to give pledges of goodwill to its opposition, and plans to retain some of their proposals. “The only common thread is to look at how much it costs, and if it does not call into question our economic policy”, warns a source at Bercy.

In fact, it was far from being the most significant financial amendments that were retained. Among those that could survive, the proposal of Valérie Rabault (PS) to maintain the VAT rate at 5.5% on products linked to Covid, or that of Marc Le Fur (LR) to raise the ceiling for restaurant tickets to 13 euros. “Restaurant tickets are not the alpha and omega of the budget. It would take more to meet our expectations, ”warns Véronique Louwagie (LR).

This one had been probed like Boris Vallaud (PS) in the weekend by Matignon to know which were the amendments to which their respective groups were particularly attached. Without this leading to a major revolution, since LR’s requests for a tax credit on thermal renovation or a reduction in the corporate tax rate for SMEs are not retained at this stage (on the other hand the threshold profit will be raised). Same fate for the reinstatement of the “exit tax” obtained in session last week.

The oppositions are not the only ones to have to fall back on their ambitions. Monday morning on “BFMTV”, Bruno Le Maire let it be known that there was no question of accepting the Modem amendment on the taxation of superdividends. It is an understatement to say that the expression of the Minister of the Economy – “Let’s stop with these formulas which are deceptions” – was not necessarily well received by the author of the proposal, Jean-Paul Mattei. The president of the Modem group affirmed that this rejection was not a casus belli. However, he continues to play a rather different little music on the “flat tax”, one of the totems of Emmanuel Macron’s first five-year term. “It is important that we can have a debate on the taxation of capital. Things have changed since 2017”, he explains to “Echos”.

Debate on the ISF

These behind-the-scenes negotiations do not prevent the debate from continuing in the National Assembly. This even made the criticisms of the oppositions redouble, who criticized the maneuvers of the majority on Monday. “The National Assembly is not the Samaritan, we do not make our market in the amendments”, attacked Marine Le Pen (RN), while the Nupes criticized a passage in force.

“We are the majority, you are the minority,” replied Bruno Le Maire. The Minister of the Economy succeeded in mobilizing the troops of the presidential camp, while several Renaissance deputies feared that the RN and the Nupes would succeed in having a vote restored – in one form or another – of the ISF. But the opposition offensive on this other totem of Emmanuel Macron’s first five-year term ultimately failed.