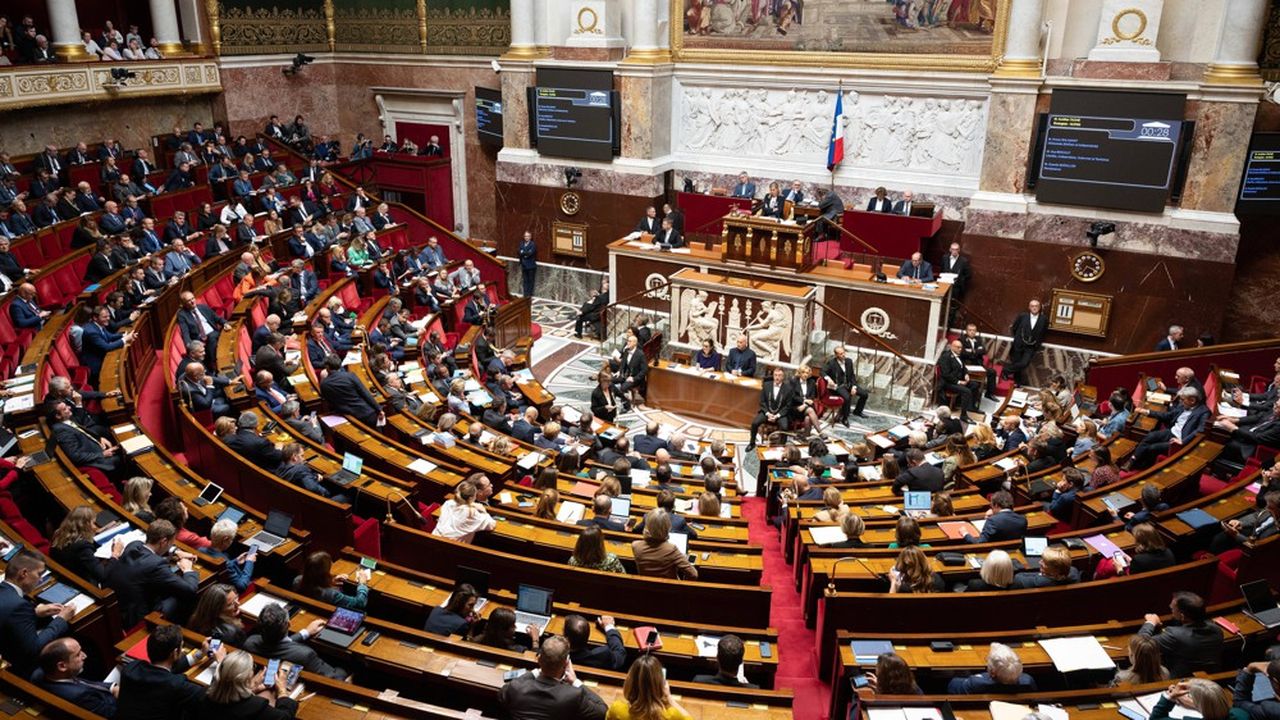 After the “superprofits”, the “superdividends”. On Wednesday evening, in the hemicycle of the Palais-Bourbon, the deputies adopted an amendment to the draft finance law for 2023 aimed at raising by 5 points, to 35%, the single flat-rate levy on dividends which exceed by 20% the average of those paid over the last five years.

The proposal is carried by the president of the Modem group in the Assembly, Jean-Paul Mattei. A particularly embarrassing situation for the government. Despite requests for withdrawal from Budget Minister Gabriel Attal and rapporteur (Renaissance) Jean-René Cazeneuve, the amendment received no less than 227 votes in favor and 88 against.

He received the support of the left-wing political groups members of the Nupes and the RN, but also of 4 elected LR and 19 Macronist deputies of the Renaissance, including Freddy Sertin, the substitute for Elisabeth Borne in the Assembly and Sacha Houlié. The elected representatives of Horizons mostly abstained.

The Modem explained that he was in favor of the European mechanisms for involving energy companies, defended by the government, but that it was necessary to go further.

“It seems necessary to encourage these companies – particularly those in the energy sector but also transporters as well as banks and insurance companies – to take advantage of these exceptional results to invest, in particular to face the very significant challenges posed and will pose in the medium term climate change to the planet, to our lifestyles but also, more concretely for these companies, to their business model”, one can read in the explanatory memorandum. The objective is to “discourage the distribution of these exceptional results through ‘super-dividends’ and ‘super-share buybacks’”.

Eric Coquerel (LFI), the chairman of the Finance Committee, supported the proposal. He believes that the simple adoption of the European system for taxing fossil energy producers has too low a profitability and “has the defect of almost leaving aside companies that make a lot of profits but do not declare them in France, like Total” .

The oil group announced the payment of an exceptional dividend, after having generated nearly 11 billion dollars in profits in the first half. With its share buyback program, between 35% and 40% of cash flow will go to shareholders this year. But the oil giant also plans to deleverage and invest 18 billion per year in the energy transition by 2025.

The government, which should not resort to article 49.3 of the Constitution this week, is in a very complicated situation. This increased “flat tax” goes against its supply policy. “We can understand that the government did not want to raise taxes in 2017 or at the beginning of the year, before the war in Ukraine, but the context has changed, we can move the cursor, it seems to me”, explains Jean-Paul Mattei , who wants his text to “continue to move forward”. “It’s not the big tax night either,” he continues, adding that he is not “a rebel”.

The government, which also believes that the amendment has legal weaknesses, will have to sharpen its arguments if it wants to remove this proposal from its budget without offending its Modem allies. Jean-Paul Mattei says he is very attached to an increase in the corporate tax ceiling for SMEs: the reduced rate of 15% reserved for small and medium-sized enterprises applies today within a limit of 38,120 euros in profits . “It would be a strong sign for small businesses, if we raised it to a level between 45,000 and 50,000 euros”, launches the deputy. The subject could be a lever in the negotiations.