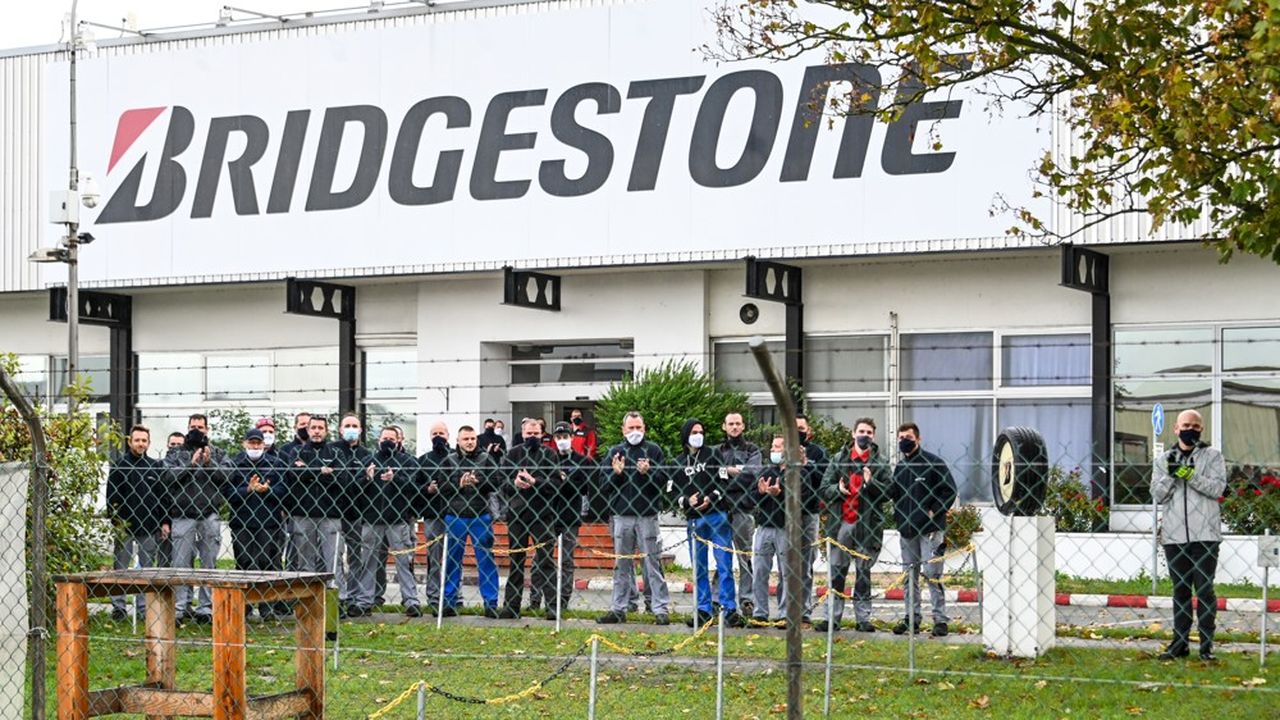 The public authorities remain hopeful. Threatened with closure, the Bridgestone tire production plant in Béthune could receive state aid. On Monday evening, the Deputy Minister for Industry, Agnès Pannier-Runacher, suggested that the State is “Ready to invest” alongside the Japanese equipment manufacturer Bridgestone to safeguard the activity and employment of some 860 employees.

Quality of social dialogue, acceptability of the project: we are very demanding with regard to #business that restructure.

Our job is to protect jobs and skills in sustainable companies. pic.twitter.com/CXFRAVcJys

“We, what we say to Bridgestone, is first of all to agree to look at all the scenarios and not to close on principle scenarios, which we are ready to invest alongside them to give a future to this site “, she said on the LCP channel.

“There is no doubt that if we had the ability to find a balance with Bridgestone, we would put in money. Investing today to relocate productions, that’s what we are doing ”, she commented. Asked about the nature of the project, the minister mentioned “Another tire production”, citing the example of the Italian site of the manufacturer “where he started from a low added value production […] »Or even “More complex, more expensive tires”. Activities “around” the production of tires, logistics, or recycling, or an activity that is not linked to the world of tires are also possible.

“All options are open”, she said, recalling the upcoming meeting with the Bridgestone teams. Next Monday a meeting in Bercy with trade unions and local elected officials is also scheduled, the state wishing to “give a future” to all employees “who are today in the factory”.

In mid-September, the Japanese equipment manufacturer revealed its intention to completely and definitively cease the activity of its northern site while committing to implement “All the means necessary to define a support plan adapted to each employee”. Whether in the form of early retirement, internal or external reclassification. This announcement immediately prompted a joint response of rare virulence from the government and the President of Hauts-de-France, Xavier Bertrand.

In a joint statement, the government and the president of the region had notably challenged the argument of safeguarding the competitiveness of Bridgestone’s operations in Europe. For them, the group “Has largely divested the Béthune plant for many years, in favor of its other European sites, automatically leading to a lack of competitiveness”. In addition, the Japanese equipment manufacturer has allocated low-margin products to the site, the market of which is in continuous decline.