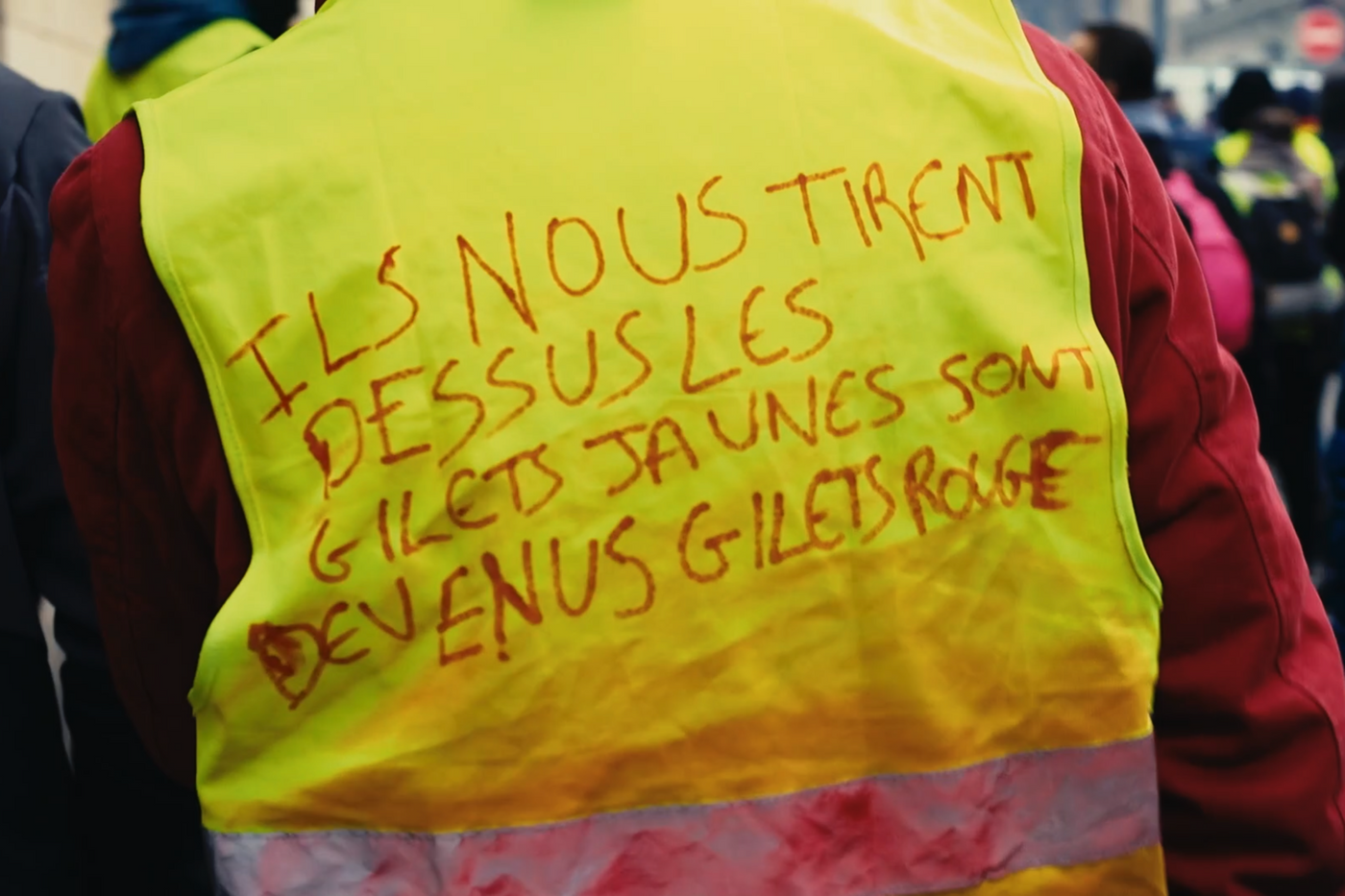 1er December 2018. Paris blazes under the camera of Laurie Lassalle. As a young director, she discovered the protest movement of the yellow vests which was beginning. It was born at the same time as her love affair with Pierrot, involved in these demonstrations. For months, the filmmaker films this insurrection and its participants, him in mind. Far from the roundabouts, it crosses the capital which takes on the air of a city at war. She collects the words of the demonstrators with whom she mixes. Young and old describe the same reality: an exhausting work life that is not enough to ensure a decent daily life where it would be possible to go on vacation, find good accommodation and pay for dental care.

Immerse the spectator in the heart of the events

Anger is brewing, directed against Emmanuel Macron, who everyone wants to resign. It is that police violence welds, even if tear gas makes you cough, cry and lower your head. In the portraits sketched by Laurie Lassalle, it is a question of dignity, commitment and freedom, without being paid for with words. Its camera, sensitive and light, allows it to be at the heart of the events and to immerse the spectators. She films her interlocutors in close-up, the streets blurred by the fog of gases, the bodies on the ground and the faces in blood. Pierrot explains that he stopped being a first aider because he was traumatized by the seriousness of the injuries caused by the flashballs. Together, we heal the wounds on the head and on the cheeks, congratulating ourselves that the eye or the jaw have not been affected.

A body among the bodies of these demonstrators, the director who allows herself subjectivity fully belongs to her film through her story with Pierrot. “I am your lover and your demo buddy. Here with you I feel alive and joyful”, she says. The sweetness and sensuality of a budding love interfere between claims and clashes on the cobblestones, without ever losing their strength, in a romantic alliance of revolution and passion. The “boom” of shots and hearts singularly echo each other, as does the political and sentimental commitment. Imbued with joy and melancholy, the voice of Laurie Lassalle retraces past loves and a movement.