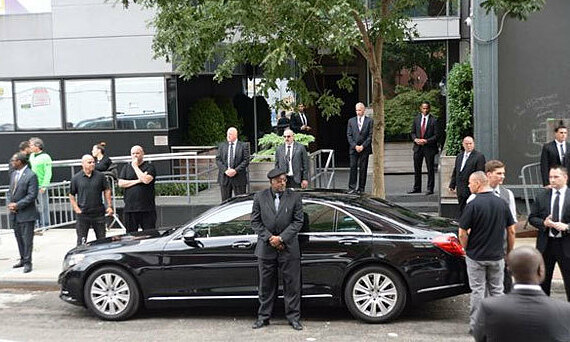 The family of the Facebook boss spends more than $23 million on security in 2020 while the US Congress approves $120 million to protect Donald Trump’s family.

In a filing with the US Securities and Exchange Commission (SEC), Facebook said it spent $13.4 million on ensuring the security of Mark Zuckerberg’s personal and family. This figure in 2019 is 10.4 million USD. This figure does not include the $10 million for security staff salaries and other expenses.

According to the Facebook profile (now renamed Meta) submitted to the SEC, Mark Zuckerberg only received a salary of 1 USD per year, did not receive any bonuses or benefits.

The richest man in the world doesn’t spend too much money on security. According to a report by Forbes, The amount Amazon spends on Bezos’ security hasn’t changed since 2012, with $1.6 million, although the billionaire’s fortune has increased by about $113 billion.

An Amazon spokesperson said Bezos pays for personal security himself.

Beyoncé and Jay Z are considered the most powerful couple in American showbiz. Both of them have in their hands respectable careers, awards, assets and huge achievements. When they dined at a fancy restaurant in Hollywood in February, they looked so free and relaxed. But not far away, a powerful security team is at work.

Jay-Z hired five former intelligence agents to protect Beyoncé after she was kicked off the stage in 2013. During their 2014 “On the Run” tour, they hired 500 security guards to protect themselves. and daughter Blue Ivy. This family has 16 personal bodyguards who guard around the clock.

The team of the famous star couple includes a support group of 40 people, adding 21 people on performance days. Security forces of 300 and 50 people prevent the risk of a stage attacker. The billionaire couple also bought two military-standard bomb-proof cars. The cost of increasing bodyguards and cars alone cost the couple $4 million.

In 2016, the American reality TV star went to Paris when five masked men broke into the room, controlled and robbed jewelry worth $ 10.6 million.

After that time, the beauty decided to spend 100,000 USD a day to hire bodyguards to protect her. In the $ 60 million house of Kardashian in California (USA) designed a security compartment.

According to a 2017 report, the US Congress spent 120 million USD ensure the safety of Donald Trump and his family.

Detailed records show 61 million USD was spent on local law enforcement. Specifically, New York costs 308,000 USD every day while 58 million USD used to hire people to guard mansions in Florida and New York, even when he wasn’t there.

Intelligent Update (According to SCMP/Businessinside)