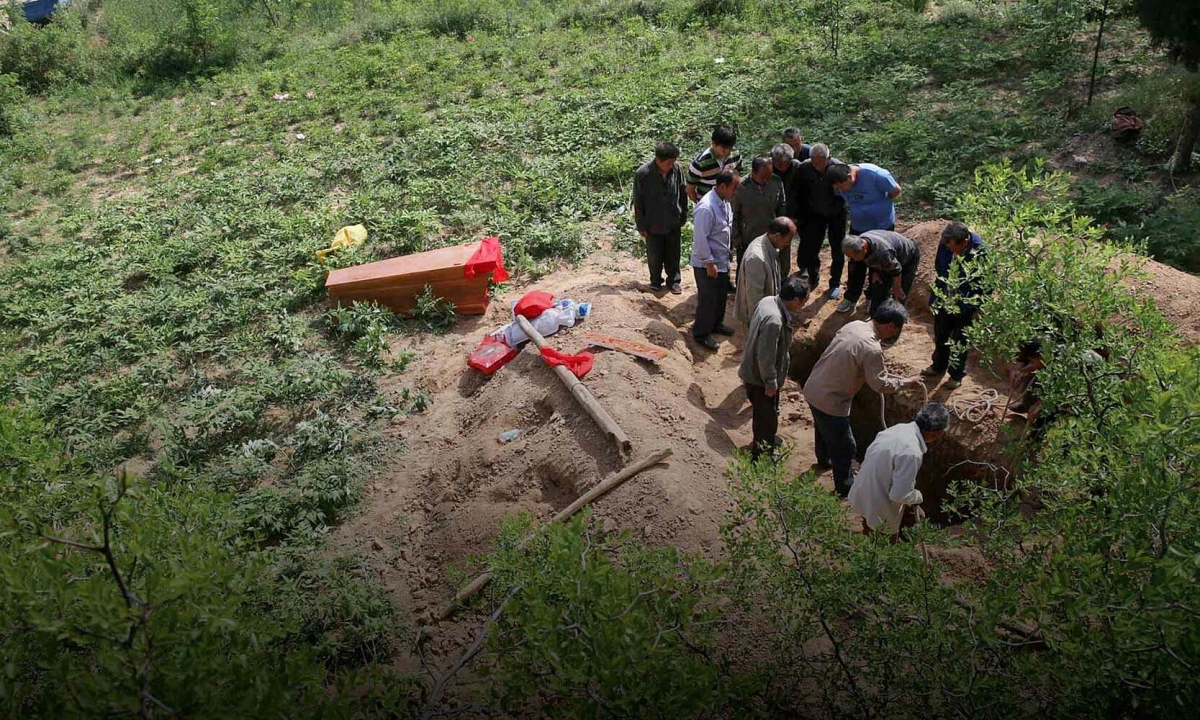 Despite being banned by the law and severely punished, the custom of trading in women’s corpses and ashes to be the wife of another deceased person still silently exists in many rural areas.

This custom is said to have appeared in China 3,000 years ago. Some elderly people in this country still believe that if a person dies unmarried, they will not rest in peace and disturb living family members.

The procedures for the “ghost marriage” are similar to the arranged marriages of the living. Parents find the right person for their children through matchmakers or word of mouth. They then asked about the other’s family, occupation, age, and even looked at photos to make sure it was a good fit. They ended up having a wedding ceremony, digging up the bodies and burying the two bodies in a new grave.

The price of a woman’s body is often determined by a range of factors, including age, how “fresh” the body is, how complete the remains are, appearance and family background. It is more expensive for women to die from illness than to die from a traffic accident.

Earlier this week, police in Wenshang county, Shandong province arrested three employees of a local funeral home for stealing the ashes of a woman, who was a streamer who died on October 15.

People in the “ghost wedding” ring are said to be able to earn 70,000 yuan (250 million dong) if the operation is successful. But according to the wife of one of the three ashes thieves, the buyer did not agree to “marry” the female streamer’s ashes to their deceased son. The girl’s family has now recovered the ashes and brought them back to their hometown of Hunan, central China.

This is not the first time that authorities have dealt with ghost marriages. Last year, the ashes of a 22-year-old woman, sold by her own family for thousands of yuan, was prevented. A man in Gansu province was sentenced to death in February for killing two psychotic women and selling their bodies to marry ghosts.

Because it is difficult for families to find suitable people, a “ghost marriage” matchmaking black market has sprung up. A matchmaker with 30 years of experience said that this market has grown strongly over the years. If in 1990, a successful deal cost 5,000 yuan, in 2000 it increased to 50,000 yuan and recently at least 150,000 yuan.

Gradually, theft and even murder occurred to meet the growing demand. Families keep an eye on hospitals, funeral homes and hook up with those who work there to steal corpses.

Weekly China News Weekly Reportedly, between 2013 and 2016, 27 women’s bodies were dug out of graves, just in a small town in central China’s Shanxi province.

This custom, which has been banned by the government of the country since 1949, continues to exist in secret, especially in remote villages in the North. The government has been trying to contain it. Under the country’s Penal Code, anyone who steals or damages a body can be jailed for up to three years. Local governments also propagated the elimination of the custom and launched repressive campaigns.

But legal experts argue, tightening restrictions on sellers is not enough. More calls to action are needed for matchmakers and buyers.