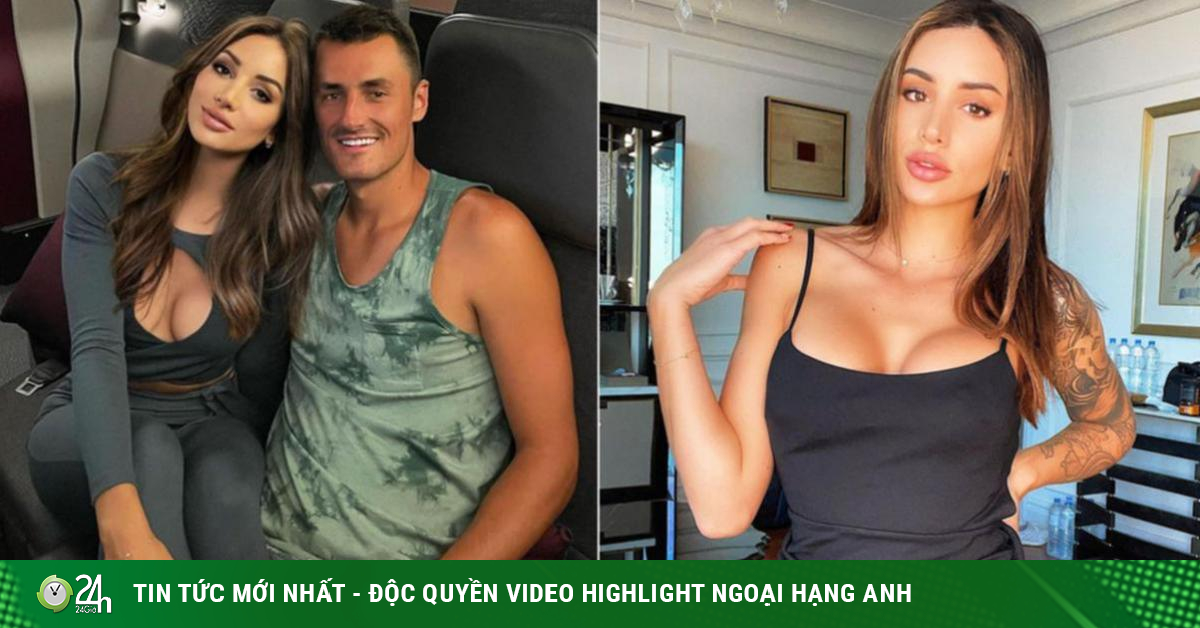 Berna Tomic once rose to 17th in the world in 2016, but his lack of discipline made him lose his form. At the present time at the age of 28, the Australian tennis player is trying to play to find his form, but things are not easy.

With a ranking in the top 300 in the world, Tomic has to compete in the qualifying rounds to find tickets to the official round of Grand Slam events, but this player has only attended one major tournament at the beginning of the year. Tomic qualified and went to the second round of the Australian Open 2021, in the remaining two tournaments (Roland Garros, Wimbledon) “Bad boys” could not qualify.

At Wimbledon last, Tomic defeated Blaz Kavcic (Slovenia) in the first qualifying round. However, when meeting the 8th seed Bernabe Zapata Miralles (Spain), the Australian player lost easily 4-6, 1-6. Farewell to the grass-court Grand Slam in the 2nd qualifying round, Tomic returned home and received shocking news, his girlfriend was traveling alone.

Beautiful lingerie model, Vanessa Sierra told News.com.au: “We haven’t broken up yet, but we’re going away for a while.”

Vanessa Sierra’s act of leaving shows that the couple’s feelings are “broken”. Earlier, after failing at the Roland Garros 2021 qualifier, Tomic brought his sadness back home and he smashed his girlfriend’s laptop.

The model then expressed disappointment, claiming she had never “fallen into such a situation in love”.

For his part, Tomic apologized to his girlfriend through social networks: “Shouldn’t have damaged her things, I don’t know what happened to me.”

Tomic was “in the water” but it seems that lingerie model Sierra still does not want to forgive the Australian tennis player. (Sports news, tennis news) The 16-year-old tennis player has made a miracle by defeating a much higher ranked senior.