After an attractive match between Bao Phuong Vinh and the world’s No. 1 female player Therese Klompenhouwer, Vietnamese billiards fans continued to witness an interesting match between Nguyen Tran Thanh Tu and the Dutch player. , Volkan Cetin, took place on the evening of June 10 recently.

If Thanh Tu (world No. 60) is considered the number 1 young talent of the Vietnamese billiards village today, then Volkan Cetin (ranked 109 in the world) is also a player with a lot of international experience and competition. is a familiar face in World Cup tournaments. This is the first time that these two players have faced off against each other. The online match takes place in the same way as to accumulate points, and compete up to 50 points.

During most of the first half, Thanh Tu played slightly better than his opponent. However, before entering the break, Volkan had 2 series of 6 points and 5 points to lead 29-22 after the first half. This 7-point gap was maintained by the Dutch player until the middle of the second half.

In turn 17, Thanh Tu excellently approached the opponent 36-37. Immediately after, taking advantage of Volkan’s bad shot, Self took a 40-38 lead. Continuing the excitement, the Vietnamese player launched a 9-point shot to leave the opponent 49-39, thereby quickly closing the match with a 50-40 difference after 20 innings.

After the match, Volkan Cetin expressed his admiration for the technique and bravery of Vietnamese players. Meanwhile, Thanh Tu said that these competitions are very useful, helping players like him to keep the feeling of playing during the epidemic season. 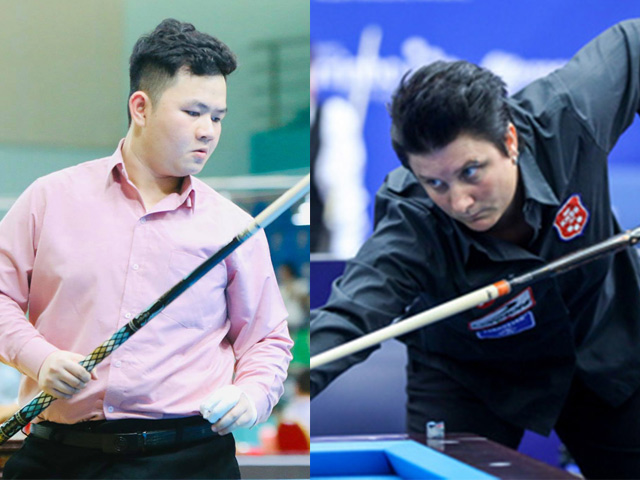 (Sports news, billiard news) Young talent Bao Phuong Vinh has a commendable performance in the confrontation with the No. 1 female player…