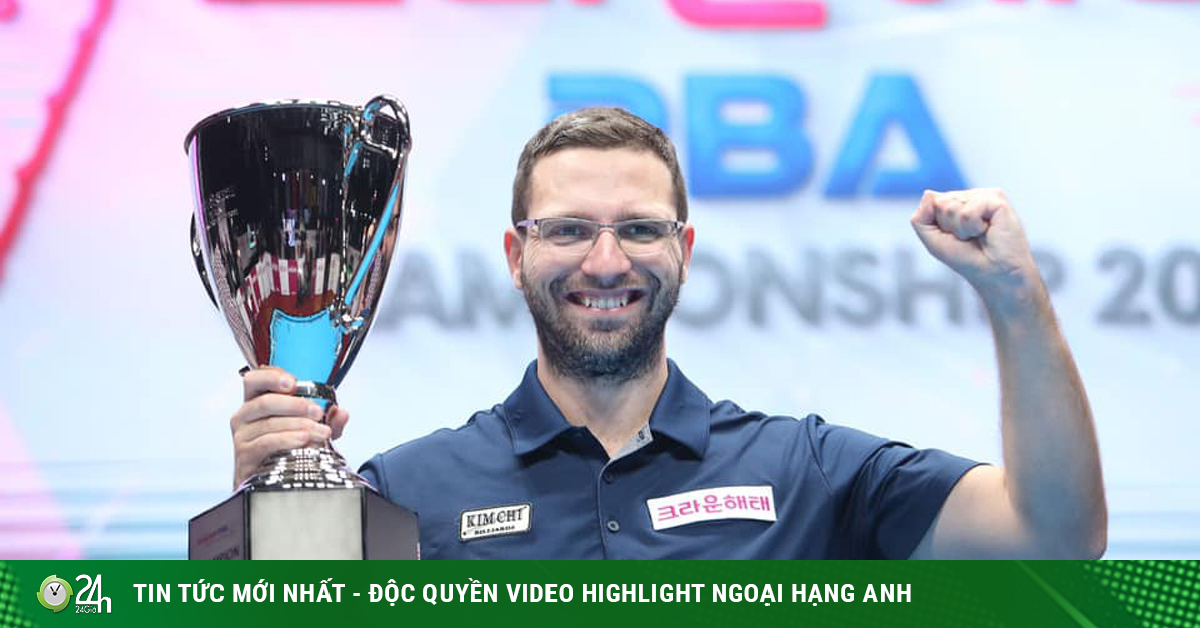 Player Kang Min Gu created a great shock in the fourth leg of the PBA Tour when he defeated superstar Frederic Caudron in the semi-final on January 23. Seemingly exhausted after a five-set match against Dinh Nai in the quarterfinals the day before, Caudron had a bad entry and soon lost to Kang Min Gu in the first two games.

The effort of the Belgian “Billiard genius” only helped him regain his score in game 3, before officially hanging up in game 4 because of Min Gu’s “going to the field” with a series of 8 points. item.

Shocked superstar Caudron with a score of 3-1, Kang Min Gu entered the final match that took place on the same evening. His opponent is Javier Palazon, the Spaniard had an impressive 3-0 victory over Savas Bulut (Turkey) in the remaining semi-finals. Min Gu started the match well with 2 shots scoring 6 points. However, Palazon shows the level of the world champion who won the World Cup and 3 times the World Youth Championship with consecutive double-point shots to end the first game with a 15-6 gap.

In the next games, Min Gu played very well with a very steady hand. Only regret for the Korean player when Palazon had a sublime match. The 33-year-old musk consecutively made big series and scored on almost every turn to stay on Min Gu’s muscles. 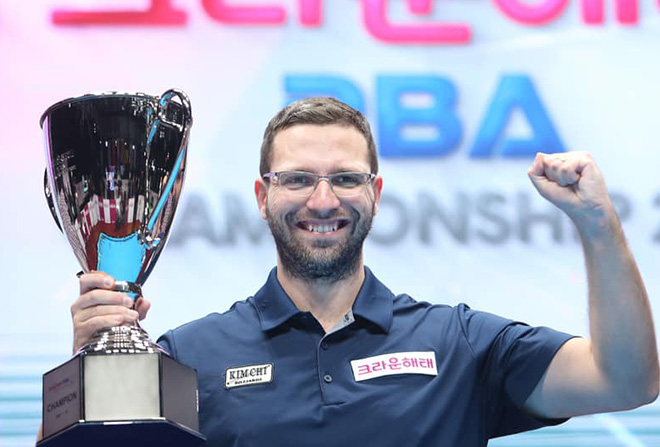 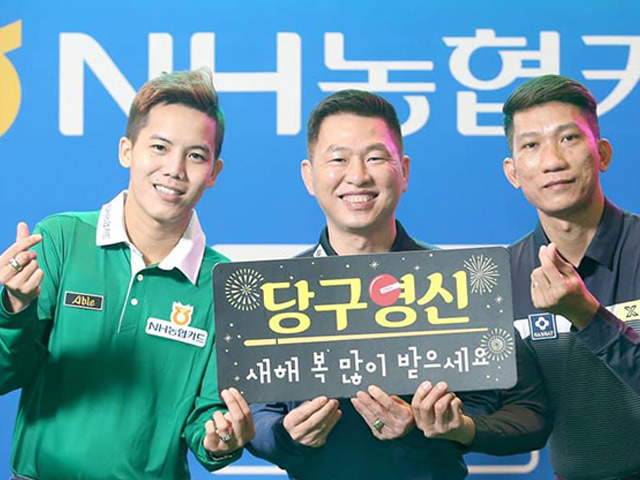